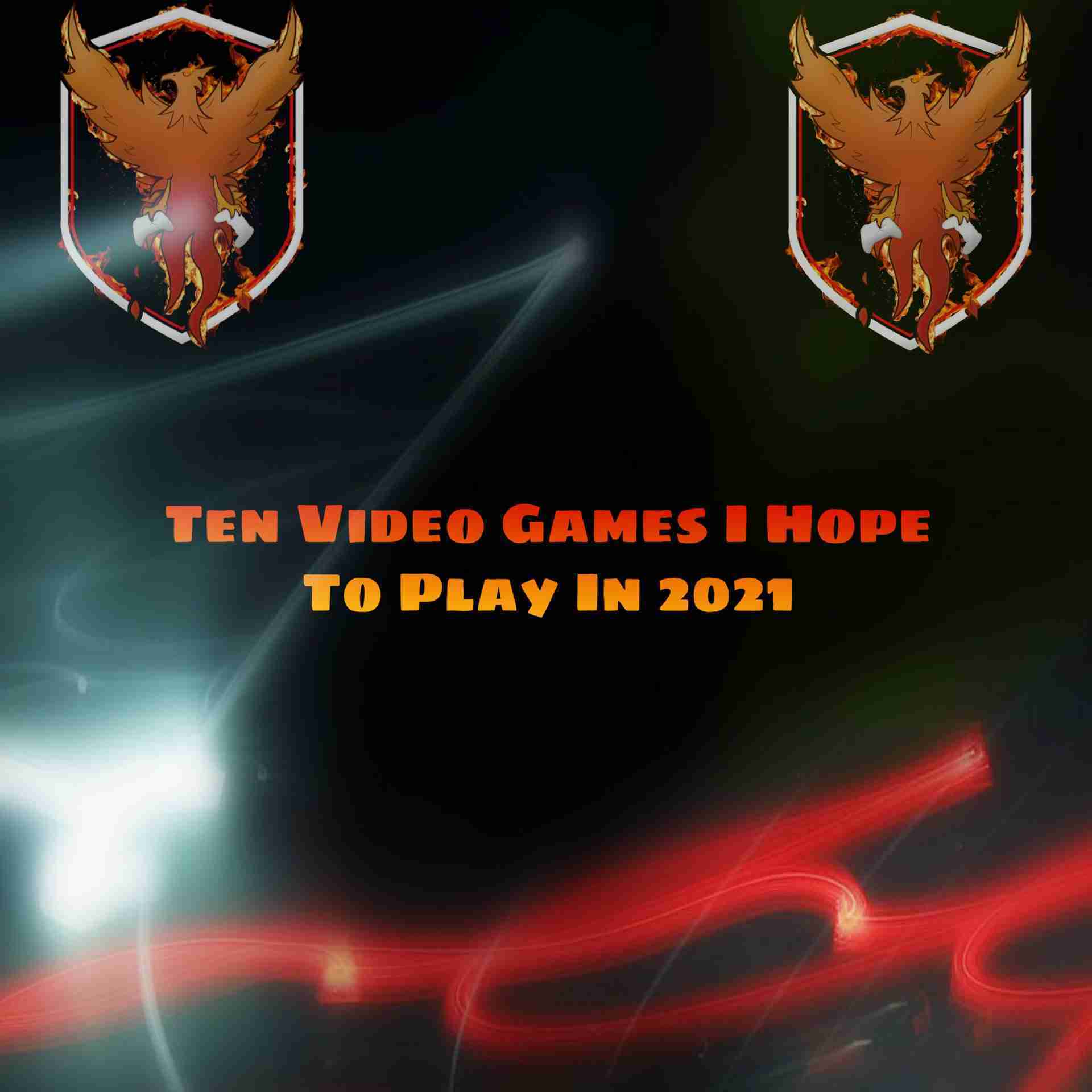 After the latest Sony State of Play, Horizon Forbidden West has to be the most anticipated video game that gamers hope to get theirs hands on this year (not named Halo Infinite). Despite recent character model controversy, Aloy looks to have improved her fighting abilities significantly, accompanied by cool new weapons, tools, and skills. The 14-minute gameplay clip provided a beautiful slice of what fans can expect from exploration, stealth, action, and boss fights when the game launches, hopefully sometime in 2021.

The buzz around Starfield continues to grow, which only intensifies the anticipation for fans of Bethesda games. Recently reports that started surfacing suggests a possible first quarter of 2022 release date, but with E3 right around the corner, the wait for the first look at gameplay is approaching fast. Bethesda has not announced a release date for their new space RPG; however, gamers in the Xbox ecosystem can rest easy knowing that they will get to play the video game, without question, day, and date of release on Xbox Game Pass.

New details on the latest entry into the God of War franchise are minimal since Sony gave us the chilling teaser trailer back in September at the PS5 showcase. The brief trailer flashed a “2021” graphic, which was instantly doubted by folks in the gaming community. After the success of the last entry in the franchise, many fans of Kratos are impatiently waiting to see what is in store for the next installment in the series. Will Atreus return? I’m hoping we get to play “god” later this year. *Update: This title is now confirmed for 2022*

As one of the longest ongoing video game franchises in history, Final Fantasy has following stretching as far back as the ’80s. So naturally, fans of all ages were excited for a chance to enjoy a new epic quest from JRPG giant developer Square Enix. Many questions still lurk for the gaming community about the latest installment of Final Fantasy. None more critical than an expected release date or launch window. As a PlayStation console exclusive, fans of the franchise and PS console owners hope to learn more news this summer.

When it comes to this list of announced video games, Elden Ring might be the most anticipated title of them all. A collaboration by developer FromSoftware and legendary fantasy novelist George R. R. Martin is a match made in heaven for fans of open-world action RPGs. First revealed in 2019 at E3, the Souls-like game has not shared much information since. Something tells me that we get a new glimpse of the game soon and hopefully a fall 2021 release date.

6. The Legend of Zelda: Breath of the Wild 2 – Nintendo

Nothing says gaming royalty like the Zelda franchise, so naturally, expectations for Breath of the Wild 2 are sky-high. Since the reveal trailer at the E3 2019 Nintendo Showcase, fans of all ages are starving for morsels of information on Link and Zelda’s new adventure, improved gaming mechanics, and new concepts. A return to Hyrule is never a bad vacation for gamers. Hopefully, a return to the castle happens sometime this fall.

Everyone’s favorite open-world multiplayer racing video game expects to show up at E3, and as usual, the gaming community is waiting with open arms. Rumors have started circulating suggesting that the franchise’s latest installment will release before Forza Motorsport and take place in Mexico. While the location has no confirmation, Playground Games has another mega-hit on its hands, especially when integrated into Game Pass. If the success and popularity of the Forza Horizon series have taught me anything, it’s to expect a beautiful location to traverse. Race with friends while driving gorgeous cars, trucks, and jeeps through multiple elements and environments.

When it comes to the first-person squad-based tactical shooter genre, Tom Clancy’s Rainbow Six video games sit at the top of the throne. Rainbow Six Quarantine is a new chapter in the franchise that takes place in the future. Ubisoft promises tense three-player co-op squads in a firefight with alien parasites. The reveal trailer left me wanting more, including information on the official name of the video game, a glimpse of gameplay, and release date. Ubisoft has an excellent reputation in gaming, so I expect to learn more about this title very soon.

Gamers recently learned that Dice and EA first-person shooter, Battlefield will reveal on June 9th. The gaming community is ready to see what is next for the franchise. So far, we know that the time setting of the video game takes place in a more modern time. The best-case scenario is to learn of a release date along with some action-packed gameplay from the reveal trailer. The fall gaming rush is always better with a new edition of Battlefield.

Possibly the least likely to release this year of this list is Ubisoft’s highly anticipated sequel. The latest news suggests that the video game is a while off from release but is still in development. It’s disturbing that not much information concerning the game has surfaced since the reveal way back at E3 2017. The details we do know is that the game focuses on open-world exploration with co-op options. A new trailer or gameplay footage is needed to keep the buzz and expectations going. The space monkey community wants to see gameplay and assume the role of a space pirate.

There you have it folks! Ten video games I hope to play before the end of the year. Realistically, they all won’t release this year, but with a summer of gaming expos and unexpected trailer reveals we can hope for a season of release dates.

Which, if any, of these video games do you see releasing this year? What other video games would you add to this list? Let me know in the comments!