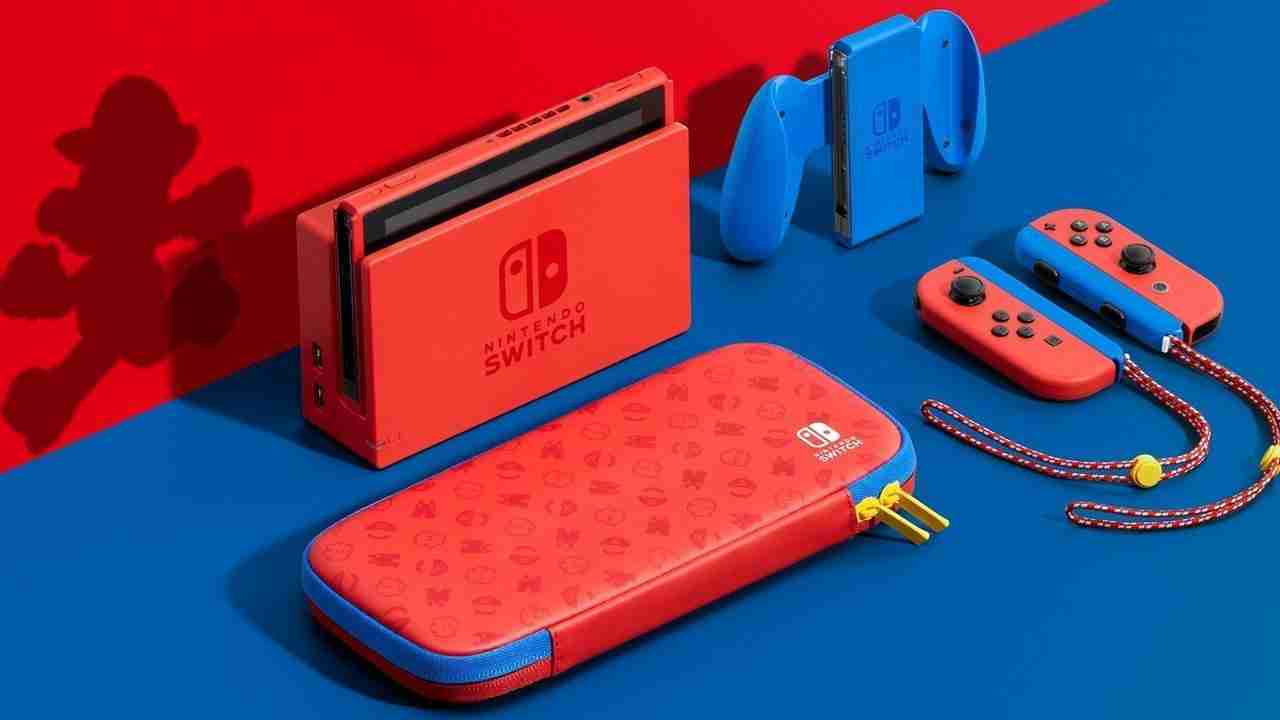 This marks the 8th special edition Nintendo Switch, (not including any Switch Lite variants, or Japan exclusive editions) which include the Pokemon Let’s Go, Fortnite, Smash Ultimate, Diablo, and The Animal Crossing special editions.

The Mario Red & Blue Edition replicates the colors of Nintendo’s most iconic mascot – Mario. The dock and the console are red which is unusual because a lot of other special edition consoles kept the unit and dock black. The red joy-cons come with blue straps that mimic Mario’s overalls.

The special edition console also comes with a Mario-themed carrying case as well as a screen protector. Also, for that are keeping score, this is the 3rd red joy-cons that Nintendo has released. First kicking off the launch of the Switch with the “Neon-Red” joy-cons. Followed by the “Red” joy-cons that were bundled with Super Mario Odyssey. Now, these Mario edition joy-cons appear to be a different shade of red.

As part of the 35th-anniversary celebration of the Mario franchise, Nintendo also put out a challenge to Nintendo Switch online members to defeat 3.5 million Bowsers collectively in Super Mario 35. By participating, Nintendo will reward players with Platinum points. The special edition console will release on February 12th, 2021 for a retail price of $299. Will you be picking up this console? Let us know in the comments.

For more LV1 Gaming goodness, check out our YouTube channel. Or read up on the latest trailer dropped by Nintendo regarding Super Mario 3D World + Bowser’s Fury.

You can find me on Twitter @chacalaca88. My podcast is Ready Press Play where you can hear my thoughts on all things gaming.