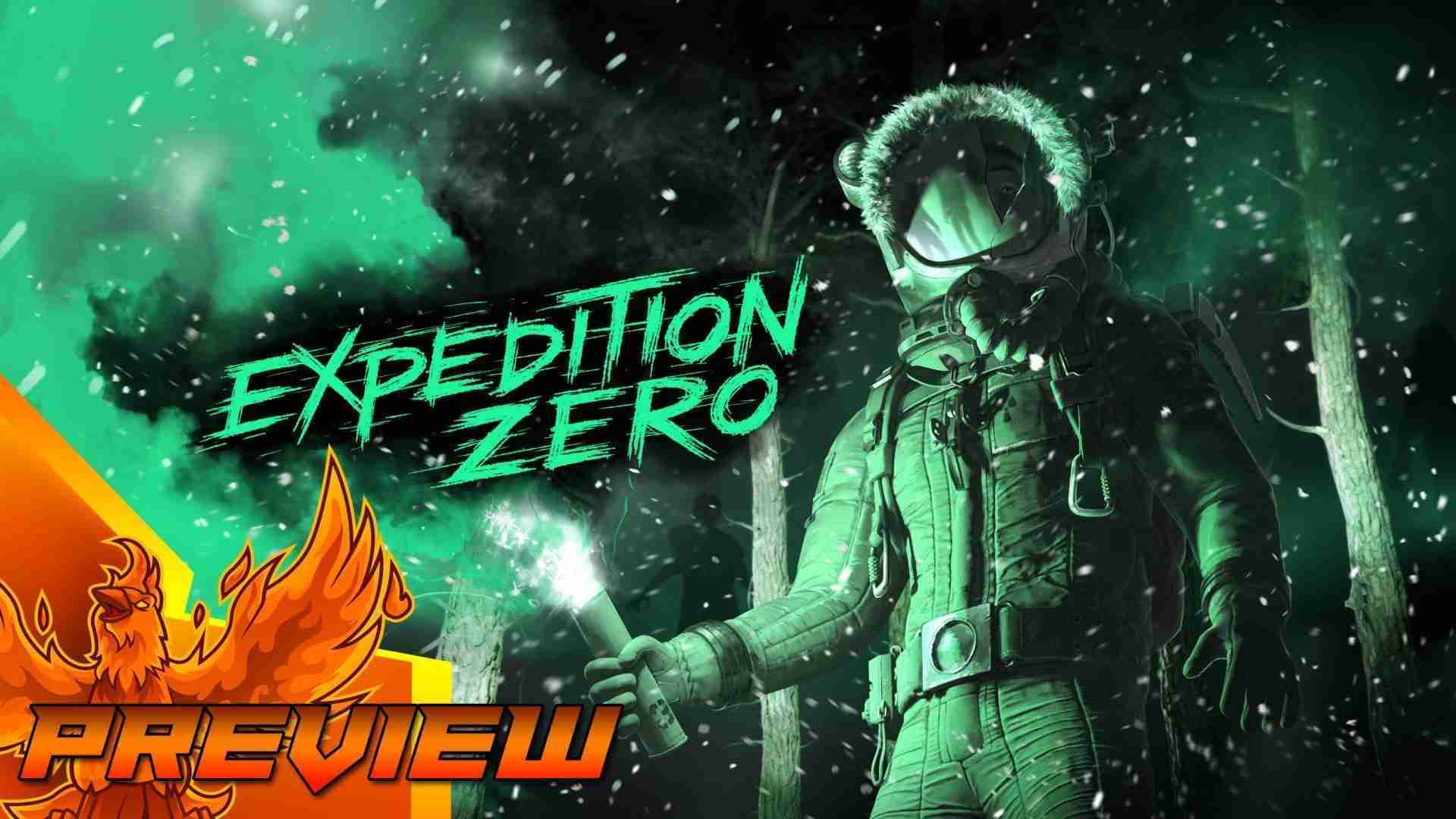 Recently I was fortunate enough to get a code to play Expedition Zero a little early. However, there was not enough time for me to do a full review. Therefore, this will be my Expedition Zero early impressions of the game up to where I stopped.

What Is Expedition Zero?

Expedition Zero is a Survival Horror game coming from TinyBuild. You are a survivor who is trying to find out why he was left behind by his expedition team. As well as trying to find the secrets of a mysterious plague in a forest. You have to survive in the extreme weather while fighting horrifying monsters hidden in the forest. All while trying to uncover the secrets that lie around the Anomaly Zone. With a setup like that, how can you not be intrigued in finding out the secrets of what’s going on? Why are you there? Where is everyone? What were they doing? Who is the person helping you? Without giving too much away about the areas and quests; you’re looking for a way to stop the plague so you can get outta dodge! So if you wanna find out you have to play the game for yourself to find out!

So what do you do to survive?

Overall, I was really enjoying the game. I loved the survival aspect, from having to find items; to crafting and needing to watch and protect myself from the environment. As this is a survival horror game, there are the standards you will find in them. Or in most horror games in general. There is a breathing/stamina mechanic, if you’re walking you’re fine. (Though there was a brief glitch where I was losing stamina even while just walking). Your stamina bar is a person on the bottom right in the middle of the screen. You can keep an eye on it, and see that the stamina starts at the head and gradually goes down to the feet. When getting close to the feet, it will turn red. Here is when you’ll start slowing down and can hear the character breathing harder. When you stop running you can see the character taking deeper breaths as the stamina refills.

The shelter will introduce you to the 3D printers, which you use your materials to craft items. These 3D printers are spread out in different areas; and can hold different equipment to help you survive, like a gas mask. There are also places where you can recharge your flashlight, as the battery does drain. So you will need to try to keep an eye on that as well! Use it as sparingly as possible, as there are some places where there are no lights. So don’t pull me and leave the flashlight on the whole time! Otherwise… well when you really need it you’ll be frantically searching in the dark for a place to recharge it. (Again…speaking from experience, learn from my mistakes!) There was another bug that I experienced until I died in-game. And that was that even when I wasn’t using the flashlight the battery kept draining. This only made it more stressful as I was always looking for a place to recharge it. After I was finally taken out, the bug was gone; and the battery no longer constantly drained while not being used.

Surviving And Thriving In the Cold

Now, you can expand your storage by using backpacks. The first of which you find in the shelter, and the other via 3D printers. Most inventory will stack, primarily the materials used for crafting. However, things like batteries do not stack, so watch out for that. There is also a separate storage system using the machine you use to travel between areas. So you can always store some things away if need be with easy access.  I personally recommend keeping as many materials on you as possible. As you can run into a 3D printer with no way to draw anything out from your separate storage system.

Another aspect is the weather and watching out for it. For example, the weather may drop steadily, but when it starts getting windy and rainy or snowing; your temperature bar goes down faster and you can freeze if not careful. When this happens you can look for wood and start fires in places like barrels or stoves that are in houses or tents to raise your temperature again. Speaking of, the bar showing your temperature is on the lower, left side; while your health bar is a little bit above it and your flashlight battery is on the lower, right side. I did notice that when using the gas mask, it was also draining the energy. But as of right now, I am uncertain if it’s a bug or not. I want to lean towards not, if for the fact that it says suits energy is running low, or something similar to that. So, I’m assuming the gas mask is using your suit’s energy to purify the air you breathe. More tests are incoming!

There Were Some Glaring Issues.

While I definitely had fun with the game, there were a few glaring points for me. Some that took away from the atmosphere and some that just took away the fun of the game. One bug, in particular, was very frustrating to me. The game has places where you can “sleep” aka creating a spawn point for that location. Easy for traveling between areas and back without starting at the beginning again; unless that’s where you last left your spawn point. The bug I’m talking about is when I was creating a spawn point. At the shelter after I had completed a few of the quests. Once I did the game glitched out and I was not able to enter the other room; (That was locked with a key card I had already received.) The card was not in my inventory and the door was once again locked. Even loading an earlier save did not fix this issue. After trying a few different methods, even dying in-game, nothing worked. At this point I was forced to restart the game from the beginning.

Controlling The Lag Is Hard And Random!

Throughout the playthrough, I noticed a lag in several areas. Especially when aiming with my gun, running around in the dark; and twice when shooting at the creatures in different areas. Another thing that I noticed was at times the subtitles went faster than the speaker. Overall, not a horrible thing, but they also disappeared in these instances, fairly quickly. This could lead to issues for those hard of hearing; as the speaking voices were softer at times than the actual gameplay/noises from the atmosphere and creatures.

While the game is definitely meant to be played with a keyboard and mouse. There are a few commands you can use on a controller (tested with the Xbox controller). It does seem like you can go into the settings option and under controls. And you can change the defaults, in full disclosure I did not try to map any commands to the Xbox controller. So no promises that you can do this for every command needed in-game. And from what I could tell it did seem limited

In the end, despite all the bugs and glitches, I experienced in the game, I really did enjoy it. When the game works, it works very well. The atmosphere is creepy, having to sneak around at times, if you run out of wood the possibility of you freezing to death (which I came oh so close to doing, then found some at the absolute last second, lucky me!), looking for materials while you could be attacked at any time, hearing the creatures definitely puts you on edge. While there are clues to how close they are, sometimes they don’t attack you, maybe they were close but not close enough to see you or maybe I got lucky and went in the opposite direction of where they were. Either way, I was always expecting an attack and then nothing, so I’d get comfortable, and BAM! All of a sudden, I’m getting attacked and shouting because I got startled. Rule of the game, never let your guard down! After all, Harold Finch said it best, “it’s not paranoia if they’re really out to get you.”

If you enjoyed these early impressions check out our most recent reviews and previews. Let us know your thoughts below, are you guys interested in the game?