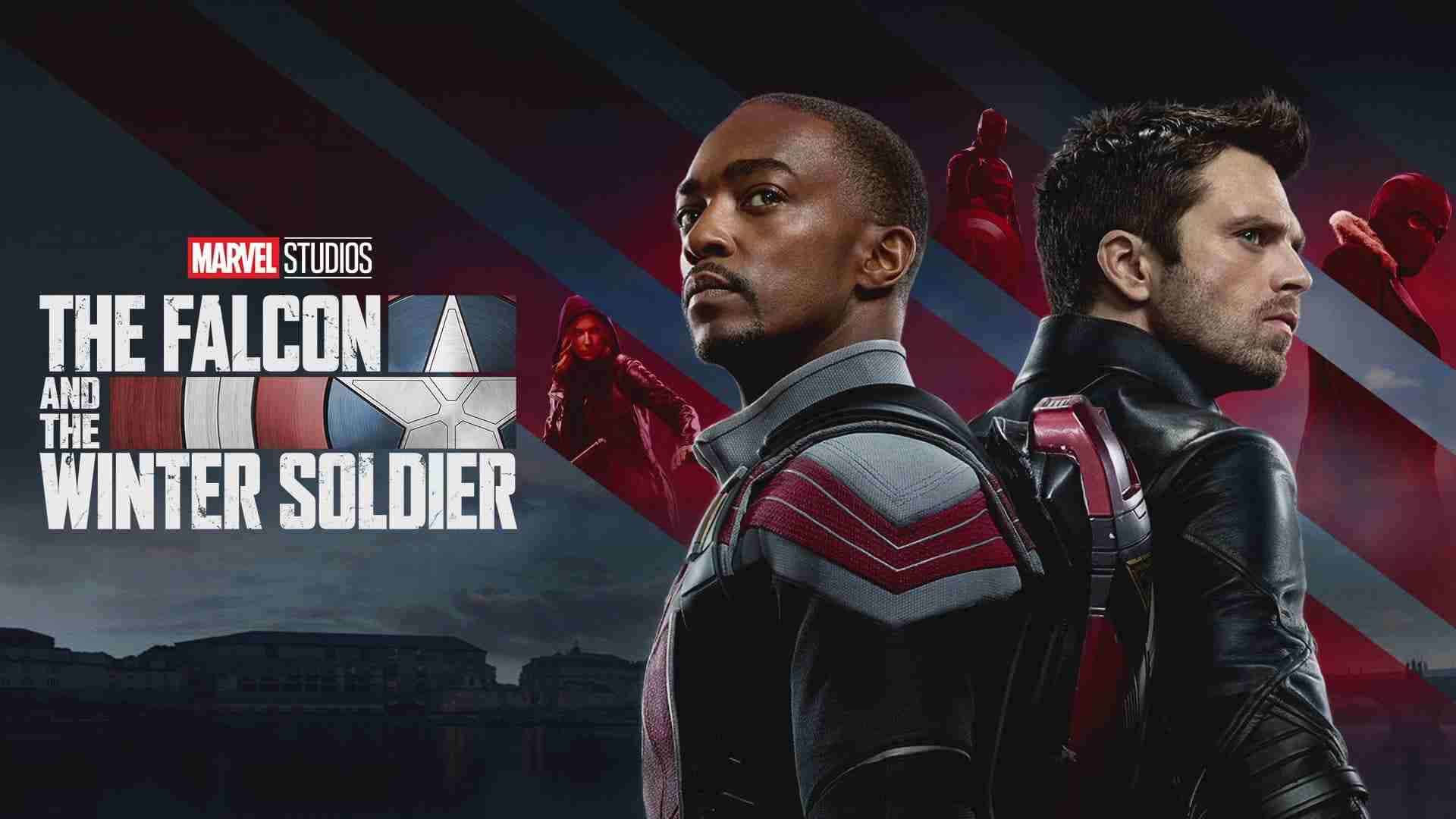 Marvel’s The Falcon and the Winter Soldier Episode 2 is available on Disney+.

Super Soldiers.  Captain America is a new guy.  Discrimination even when you’re a hero.  A secret Super Soldier no one told you about, I mean the list goes on and on!

First, we meet the new Captain America John Walker.  He was a former athlete, then in the military, and apparently has fighting and accuracy skills with no super serum (questionable 🧐).  He’s cocky, antagonistic, and has a sidekick named Battlestar (great name, NOT!).  It’s clear, as much as he tries to show how much he admires Steve Rogers and how much he looks up to him, he’s not him.  Which creates a riff between Bucky and Sam.  We’ll discuss more of that later.

The episode focuses on the background of John Walker as well as more insight into the Super Soldier that did the robbery in Germany in the first episode.  Turns out, there’s a lot of them, like a lot.  Don’t know where they came from, how they came to be.  They create a decoy when Bucky and Sam track them, and this girl comes out of nowhere and kicks the you-know-what out of Bucky.  Sorry not sorry, I like girl villains most of the time.  It’s girl power at its finest, just saying. 🤷🏽‍♀️

These soldiers are not affiliated with Hydra or anyone else for that matter.  There is more to be revealed with how their group formed, called the Flag Smashers. There are people in this new world, after the “blip”, that don’t want people back in power, they want no borders, no divides.  Even while on the run the Flag Smashers find themselves bunked in some sort of Underground Railroad, so they have supporters.  This girl, Karli Morgenthau, is on Interpol’s radar, so they’ve ruffled some feathers.  They’re representing people who feel they were forgotten and cast aside in favor of focusing on the people who disappeared during the “blip”. She hints at how the Flag Smashers saw a taste of what this new world could look like, and there’s a real story there.

The best part of this episode, the buddy cops that are Sam and Bucky.  We all know they always start out hating each other and then they’re best friends again, fighting until the very end.  Their love shall grow, but in the meantime, it’s funny as hell.  Sam records Bucky falling out of the plane onto his back trying to be all heroic.  They’re forced into a therapy session requiring them to gaze at each other which becomes a staring contest, and linked legs very closely resembling a certain position between two women that I will not name here (PG folks!).

What is causing the animosity between these two beloved characters?  Bucky is obviously upset that Sam has given up the shield, which is now in the hands of John Walker.  During the therapy session, Bucky reveals that he wasn’t just upset about Sam giving up what Steve trusted him with, but that he believed in Sam.  And if he was wrong about Sam being entrusted with the shield, was he wrong about Bucky being able to redeem himself?  There’s so much Bucky is struggling with that we’re still learning about.  I feel bad for the guy.

The twist, and what Marvel does best, is to marry fantasy and non-fantasy while spreading a message about social issues.  So, it is revealed that Bucky once encountered a Black man named Isaiah, who was a Super Soldier in the ’50s and apparently was the only one who came close to defeating Bucky.  He took half the arm!  THE arm!  One of my favorite actors, Carl Lumbly, of “Alias” fame, and about 5,000 other credits on IMDB, plays Isaiah.  This story is going to be sooooooo good.

Unfortunately, it’s a testament to the repeated tradition of contributions that Black and Brown people make to the world, and it is overshadowed by White peers.  One month out of the year is not enough to talk about that history, but that is another article.  Ironically, just as Sam is cursing Bucky out for not revealing this sooner, and letting the world go to crap while Steve was on ice, they’re stopped by police outside of Isaiah’s home in Baltimore.  An argument between two men who know each other requires two squad cars and four cops to “find out” what’s happening.  Their focus goes to Bucky, asking him if he’s alright because naturally, Sam is the man most threatening.  This is not a Marvel story folks, this is everyday life, and I’m glad Marvel likes to talk about it.  Frankly, Anthony Mackie was probably the one to tell them HE wanted to talk about it.  His saving grace from having a real-life police shootout story is one of the cops recognizing them as Avengers.  Only that can happen in a Marvel world.

John. Isaiah. Karli.  The Falcon and The Winter Soldier Episode 2 delivers and keeps us coming back for more!  Stay tuned!

Feel free to give your thoughts below on The Falcon and The Winter Soldier Episode 2.