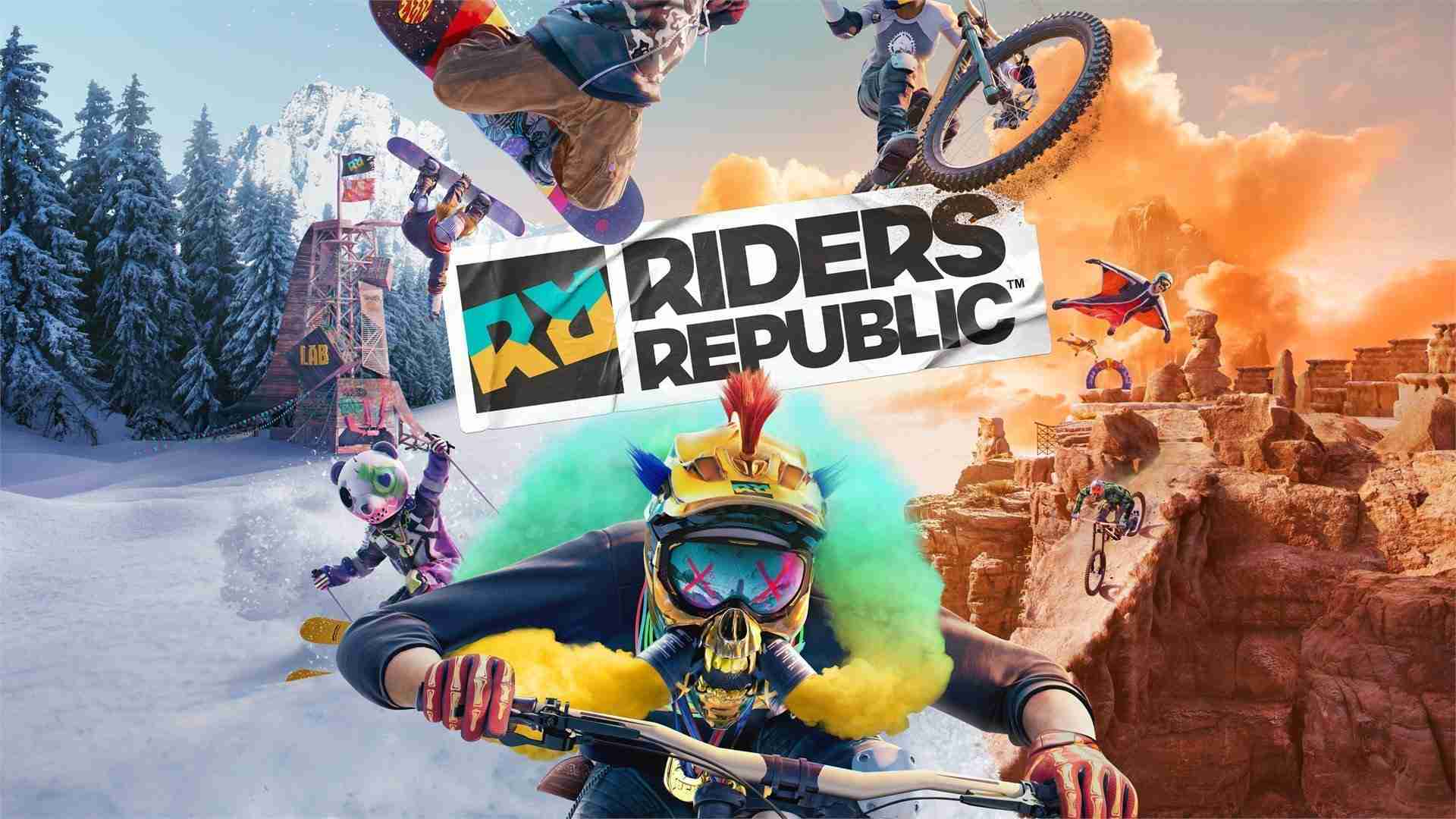 Riders Republic should be Ubisoft’s first free-to-play major title. Now before you get mad let me explain or maybe you’re confused and don’t know what this game is let me explain. Riders Republic is the 2nd extreme sports game that Ubisoft has published in recent years. The first being Steep which still holds up is tons of fun to play and is beyond beautiful. RR is an extension of the extreme sports world the team at Ubisoft Annecy brought in Steep. It’s not a sequel to Steep and the only relation we know of so far is its extreme sports games made by the same people.

That being said, I love games like Riders Republic. I grew up with games like Tony Hawk, Kelly Slater, and other Extreme sports games. However, as good as Riders Republic may be and as much fun as it is going to be with packed races and stuffed free-roaming worlds is not a game that should be charging money. I could say this for a lot of sports games. (Looking at you Madden franchise.) The market for sports games while regrowing is not there enough to charge $80+. Now if this was free to play that’s a different story.

Ubisoft Has a Problem

It’s not a surprise Ubisoft has become stale. It’s a running joke in the community. As much as I am an Ubi and Assassin’s Creed fan. Most of their recent games are stale or if not stale to by the Ubi books, to by the formula. Look at the very swift death of Hypescape and the delay, restart, and silence of Skull and Bones. The tried and true methods they have been using for years are starting to fail them or have been for a while but it is just in our faces more now. However, is more than a follow the numbers mindset. It’s a systematic problem Ubisoft has.

There Is no doubt that Ubisoft can have its mainstay games like Siege, Assassin’s Creed, Watch Dogs, and Far Cry while diversifying. Actually diversifying, not chasing trends. For honor could draw a new crowd in again if it went free to play. Imagine The Division 2 went free to play. It could have had a much longer commercial life. I am afraid Riders Republic will be the same way.

Now I can hear the arguments that “free to play will devalue that game.” Warframe. Apex legends. Fortnite. Path of Exile. Gwent. Genshin Impact. Star Wars: The Old Republic. Need I go on? Heck, I even think the upcoming Extraction should be free to play because I tell you I have no problem downloading a free-to-play even if my friends stop playing but if I pay $80. Well, I won’t be too happy. I bet even most devs would rather have a free-to-play game with a thriving community. Compared to an expensive game that most people won’t play or wait for massive discounts outside of its initial lifecycle to play.

Riders Republic could be a great free-to-play for a few reasons.

These are just the points I can think of off the top of my head. Do you have any other reasons? Moving forward I think Ubisoft needs to rethink a lot of things. They have one of the biggest online games in Siege right now. People love the stand-alone titles and franchises like Assassin’s Creed, Far Cry, and Watch Dogs. They may lose people if they take those games into the online-only world. I know just from the AC community that a lot of people are not happy with the AC: Infinity move. Ubisoft already has games that are dying or need soft reboots that would thrive in the free-to-play market. Games to people have always wanted to play but don’t want to pay for. If Call of Duty and CS: GO can do it anyone can.

I’ll be 100% I loved the game in alpha and beta. It’s a buggy mess sometimes but I’m someone still playing Steep in 2021. However, I will not be buying Riders Republic. Even in 6 months when the gold edition is on sale for $20 I will still be hesitant to buy it. I want better from Ubisoft plain and simple and voting with my words and wallet is the way I will demand better. Unfortunately, I know my one voice won’t change much but sticking with my guns means enough to me.

UFL the recently announced football/soccer game is going to be a true test in the sports game and free to play market. I’m hoping it will show these massive publishers that “hey the old easy doesn’t work anymore.” You need to change in order to thrive here and now. It feels like most of the companies are so scared they will not make all the money that they’d rather charge in like a bull than think.

What do you think? Am I crazy for thinking this and wanting better from Ubisoft? What other games of theirs do you think should be free to play? Let me know in the comments section below.