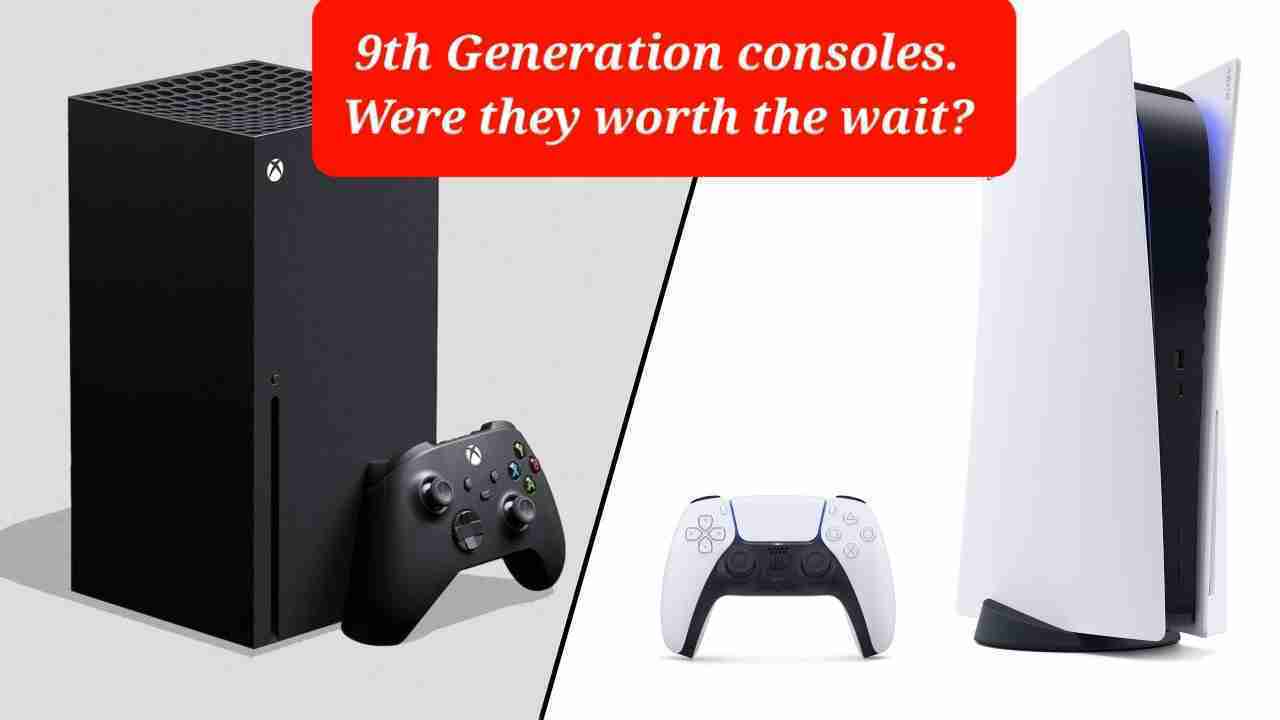 It doesn’t seem five minutes we were waiting for the launch of the current generation of consoles. Or predicting what we would see at reveals. But now we can take a look back over the 9th generation consoles.

What are the consoles for this 9th generation?

We’ve been treated to absolutely amazing games for this generation and seen some games receive a well-needed upgrade. A few of these games are old and new personally I’ve come to really enjoy. And a few I’d like to share.

I would class these together as they launched together. Spiderman we saw back in 2018 and now the game gets a remaster. The biggest talking point was the redesign of Peter Parker. But what we got was a stronger visual look, with better textures and lighting and the inclusion of Ray Tracing. The standalone Miles Morales expansion pushed the visuals even more and like its predecessor, contained a really strong story.

What is Ray Tracing?

RTX or Ray Tracing as described by NVIDIA Developer.

Ray tracing is a method of graphics rendering that simulates the physical behavior of light. Thought to be decades away from reality, NVIDIA has made real-time ray tracing possible with NVIDIA RTX™ the first-ever real-time ray-tracing GPU—and has continued to pioneer the technology since.

Trusted reviews posted a video comparison on Miles Morales and even that I don’t feel shows enough of what it has to offer.

This was the third part of a trilogy that started in Egypt and the story of Bayek back in the 2017 release of Origins, Odyssey was the next game then the day the Series X and Series S launched we got Valhalla. This was one of the first games to take advantage of the PlayStation 5 and Xbox Series consoles. Personally, I have enjoyed the trilogy and this was my first experience of gaming on the new systems. We saw visual improvements, more stable framerates along faster loading. This is due to the new SSD internal drives on the Xbox and PlayStation systems. And the extra support from better textures, faster loading, and smoother framerate is I would say a positive.

This is one of the older games to mention. Launching before we even knew of Xbox One X and PlayStation 4 Pro. However, it was soon enhanced for those systems. And then it received an upgrade for this generation. On PlayStation 5 we have support for the haptic feedback on the DualSense controller. It
simulates the trigger pull effect. What this means is firing weapons has varying resistance on triggers depending on the weapon used. At the announcement of the upgrade, they said the game had 2 modes

The upgrade also offers better lighting and improvements to the depth of field. All this together shows an upgrade done right really enhances and can improve a game. From someone who plays this regularly, the changes are indeed a breath of fresh air.

And for other games?

Some really stood out. We got an absolutely stunning remake for Demons Souls, the beautiful Ratchet, and Clank. And we saw Housemarque give us Returnal. We saw The Medium on Series X/S and Microsoft Flight Simulator. And to come we will have Horizon Forbidden West and God of War Ragnarok. The gameplay of the Horizon sequel looked fabulous and that was captured on a PlayStation 5. God of War looked stunning on a PlayStation 4. And we can expect some good things for the sequel. We’ve seen Forza Horizon 5, STALKER 2, and Scorn with the last two not launching on the last-gen systems. And we’ve seen the first gameplay of a game developed in Unreal Engine 5 which is Black Myth: Wukong and a taster of Forspoken.

These are my own thoughts on the past 10 months or so. However, we’ve seen very few dedicated games for these new consoles, but what we’ve seen over their life span is positive. They have shown us a taste of new games and the possibilities to come.

What does the future offer us?

I see games like Miles Morales with Ray tracing and the difference from Xbox One X to Series X with Hellblade. I look at the upcoming Black Myth and see a bright future ahead. There are so many more games to mention from Avowed to Fable to A Plague Tale Requiem. That last title is a sequel and the first game received a free upgrade for the new consoles.

Ubisoft has the ambitious Avatar: Frontiers of Pandora to come and Capcom has Pragmata. We also will see the remake of the popular Dead Space. Talking of Dead Space we have another game from its creator in The Callisto Protocol. And a smaller studio called The Farm 51 has Chernobylite coming to this 9th generation as well as last generation.

That’s not all is it for the 9th generation?

It really isn’t. Recently we’ve had the news about Skyrim Anniversary Edition due on 5be 10th anniversary of 11th November. And the same day we see the upgrade to GTA V. So we have a couple of games that will meet their third generation of consoles. And we see them coming the same day.