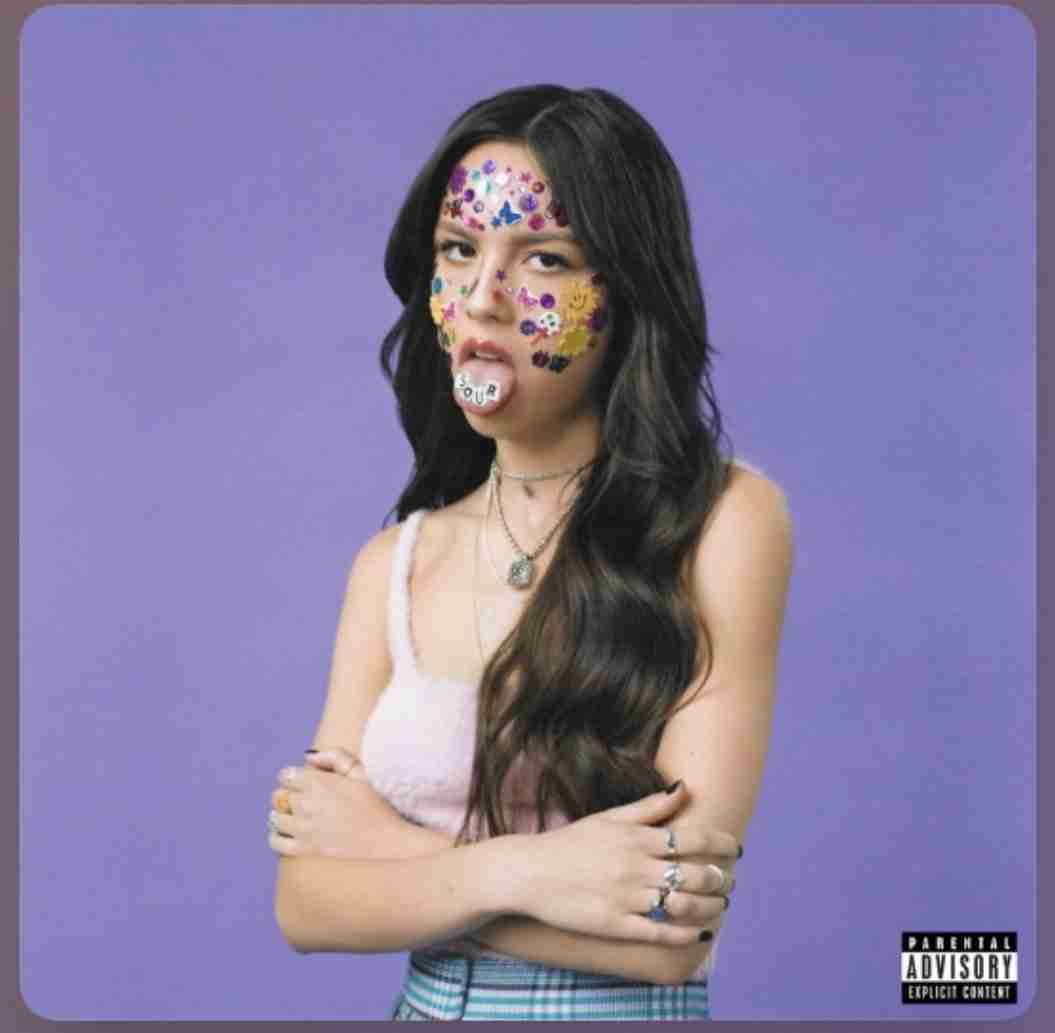 A review of another young writer ahead of her time.

I’ve said before, there are songs and albums I wish I wrote, and this is one of them.  Olivia is known for her acting credits (“High School Musical: The Musical”), but this girl is about to get her star skyrocketed into the music world.

Is she pretty? Yes.  Is she young and vibrant? Yes. Is she a teen TV star? Yes!  So this does not hurt the chances of her success with a debut album.  And that could create some doubt about the credibility of her substance as a musician.  But I promise you, this girl is the real deal and she went through some real sh**.

Olivia Rodrigo’s Album Sour is her purge of a devastating heartbreak.  I read a review comparing this album to “Jagged Little Pill”, for this generation.  And I agree completely.  Despite that, it still sounds new and authentic.  You feel every word this girl is singing.  She has writing credits on every song.  Most are written by her and only one other person, Daniel Leonard Nigro. Daniel has some impressive writing and production credits, including Conan Gray, as mentioned above, Lewis Capaldi, and Carly Rae Jepsen.  He’s on a roll.  (Call me!)

The starting track is a real hit to the brain.  Lots of grunge drums and guitar.  A teen angst anthem talking about negative self-image, the state of our social crisis of constant comparison.  I came from the magazine and music video generation, and now you have to add on social media.  Per her words, “God, it’s brutal out here.”

What gets me about this song is that it’s coming from a girl that I think a lot of other girls would wish to look like.  So that should tell you the amount of pressure people feel based on images online.  Even more for those in the public eye.

This track opens with a beautiful harmonious a cappella.  This style sounds a lot like Birdy.  If you don’t know who Birdy is, please look her up.

The song moves into a broad drum and vocal progression similar to One Republic’s sound.  She explains how she sees her ex-love with his new love, but he fell too quickly.  So there is suspicion that the relationship started while Olivia was still with him. Not only that, she feels betrayed for all the love she poured into him when he moved on so quickly.

“It took you two weeks to go off and date her/Guess you didn’t cheat but you’re still a traitor.”

Okay, so this track may be one of my favorites, although, this album really doesn’t have any skip tracks.  The story is of her getting her license, which was supposed to be a celebratory moment.  But now, post-breakup, all it is is bitter memories of someone who was supposed to be there with her.

“‘Cause you said forever now I drive alone past your street.”

The instrumentals have a more upbeat drum pattern than what the lyrics convey, but it still allows a somber ballad to come through.  And this is one of the ones where you really hear her heart, like she’s almost crying.  It’s beautiful, and beautifully written.

Taylor Swift!  Did I get your attention?? She helped write this song.  Enough said.

I personally felt this song to the core.  It’s the constant tug of war when you’re in love with someone that you think loves you, but clearly doesn’t, because you never know what you’re walking into each day you see them.  “Like, which lover will I get today?/Will you walk me to the door or send me home crying?”

A very prominent book and movie, “He’s Just Not That Into You” could be inserted here.  Sound advice.  Still doesn’t change the fact that when there are days you think there’s a confession of love, there’s affection, and then the next day it is cold, it hurts like hell.  And it’s exhausting.  And actually hard to let go because of the hope.

Classic storytelling a la Swift, with lyrical flow that can only be divinely inspired.  Simple piano with that soft whisper in her voice.  The chords give it a little of soul and rock.  Just simply, a song that will be covered over and over.  It’s great.

This might actually be my favorite song on the album.  Normally I pick out favorites based on how much I love the melody and the connection of the lyrics.  But I love this track because it surprised me!  I had not quite heard the chaotic instrumentation this song dealt out, it came out of nowhere.  Not a lot of music surprises me, what’s old is new, what’s new is old.  But in the middle of the song, it breaks from a light choral background, with her falsetto (like a bell!), into a synthesized drum and keyboard that are running at two different tempos. It’s hard to describe, it’s very different, and I like it.

The lyrics, again, are also so well written.  She speaks about how her ex-love is making new memories with his new love, that actually belong to Olivia.

“I bet she’s bragging to all her friends/saying you’re so unique/So when you gonna tell her/that we did that too.”

She has to live without the person she made those memories with, and he gets to be happy with someone else who gets the benefits of it all.

This track definitely has a Paramore sound.  If you Google the song title, the results pre-fill with Paramore mashups. It’s a quick cadence, a bouncy melody.  The verses are similar in style with “We Belong Together” by Mariah Carey.

The song is the bitterness of being in a state of sorrow and seeing the person who should be even sadder, actually doing better.

“And good for you, I guess that you’ve been working on yourself/I guess that therapist I found for you, she really helped/Now you can be a better man for your brand new girl”

Ohhhh the tea on that one.  HA!

This song also hit home for me, and I think so many others.  It saddens me that so many people feel they are not deserving of love because they don’t measure up to others’ expectations.  And real, true love, does not ask anyone of that.  Love takes you as you are, and appreciates your value.  Again, not an excuse to accept abuse of any kind, toxicity needs to be avoided.

I can attest to this way of thinking, and it was only recently that I had to switch my mindset to want to be accepted exactly as I was.  And once I did that, I met a wonderful person who embodies that acceptance.  Screw what others think they want.  Be yourself, decide what you want and wait for someone to find it who will like it.  I promise it’s out there.

“And you left me there crying, wondering what I did wrong/And you always say I’m never satisfied, but I don’t think that’s true/“Cause all I ever wanted was to be enough for you.”

This track basically says, if you’re going to be happy with someone else, just make sure it’s not happier than you were with me.  When going through a breakup, it’s that fear of being forgotten and replaced.  It also speaks to the insecurity and comparison we feel about the new partner.  The what-do-they-have-I-don’t type deal.  This song is very much in the same breath of “good 4 u”.

The music is airy and light, with doo wop style.  She sounds very much like Yael Naim “New Soul”.  I have to comment again about her vocal skills.  She took lessons from when she was a kid and it shows.  The breathy whisper in her falsetto, and then she can bring in some jazz style, and also belt out like a rocker.  Not easy to do.  Kudos.

Now we enter Billie Eilish territory!  I keep comparing her sound to others, but I promise you, it’s not a cheeky cover attempt.  She just really really loves music, and has been influenced by a lot of people.  She just puts this into her story, mixes it all up, and that is what makes a well-rounded musician.

“‘Cause all I see are girls too good to be true/I know their beauty’s not my lack but it feels like that.”

Same as “brutal”, there’s so much messaging about self-love, self-acceptance, but then so many more messages to contradict it.  It feels like an endless battle, but I feel there’s always better than bad.  Also, she was 17 when she wrote this, she’s 18 now, so with age comes confidence.  Plus, she has a lot to be proud of right now that has to do with her music, not her looks.

Another somber, indie-style ballad.  “The things I did just so I could call you mine/The things you did/Well I hope I was your favorite crime.”

Guitar with minor chord vocal harmony.  This one is what reminds me most of Adele.  He did the damage during the relationship and then fled the scene.  But she acknowledges that she allowed him to be who he was to her as well.  This is the sobering thought we always have to come to outside of a toxic situation.   Not just romantic, it can be friends and family as well.  We all have a part in how it plays out.  But when you feel like your heart has been “had”, well, that’s what this song is for.

Well, now we switch gears.  We have a much more empowering spirit and sense of compassion for others.  It’s what I believe to be a lovely LGBTQIA+ anthem.  And she does it simply with an electric guitar and her voice.

“Well, I hope you know how proud I am you were created/With the courage to unlearn all of their hatred.”

My absolute favorite line, probably of the whole album, “Hope he took his bad deal and made a royal flush.”

I think that’s a perfect ending to this article about Olivia Rodrigo’s Album Sour to describe where she is now.  She took a bad deal and made it into a royal flush.  Amazing job, can’t wait to see more from her.

Feel free to give your thoughts below on Olivia Rodrigo’s Album Sour.