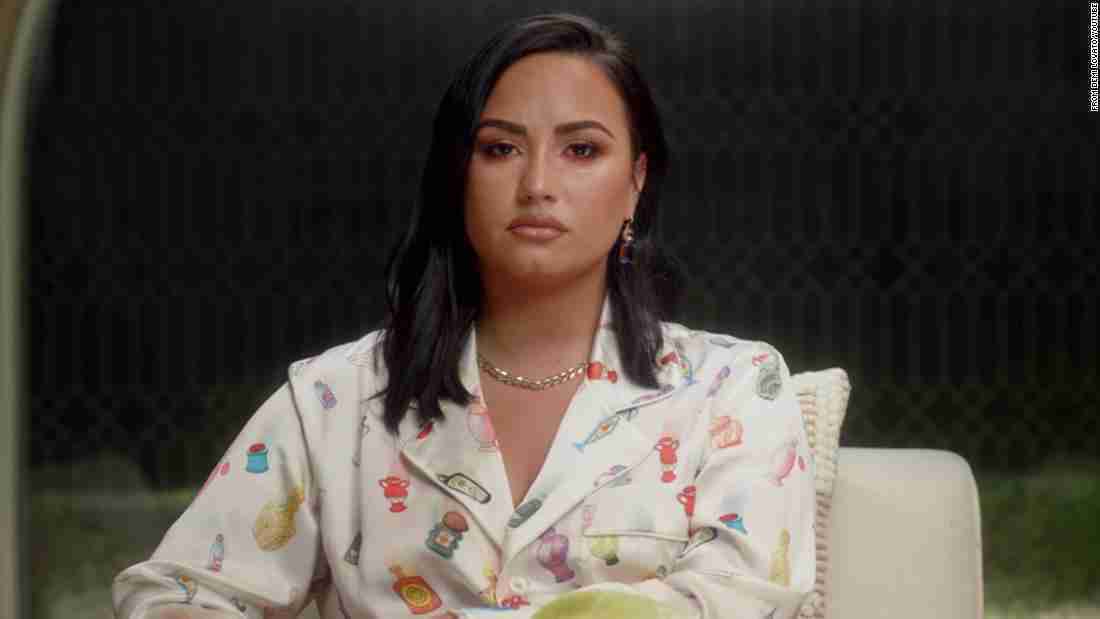 Warning: This article is a review of Demi’s new YouTube documentary “Dancing with the Devil”. Episodes 1 and 2 are now available while episode 3 will be available on March 30th. The documentary and this article discuss addiction, eating disorders, substance abuse, sexual assault, and graphic descriptions of Demi’s physical state after her overdose. Some of these subjects may be triggering to some readers.

This is not one of the fun ones, guys. I am writing this article because this one hits close to home for me, and it is an important subject to talk about. I have a personal history with mental illness, substance abuse, physical abuse, poor body image, and an eating disorder. I am happy to say I have a number of years of sobriety and continue to make my well-being the highest priority to stay that way.

If you feel this will be too intense to read, please, stop now, and practice self-care. At the end of this article are a few resources to reach out to if you are in need of help. YouTube has added these resources to the descriptions of the documentary episodes.

It is ok. You are not alone, you are not to be stigmatized, and there are people who have been where you are and want to help you get better. Including me.

In 2018, Demi Lovato filmed a documentary of her “Tell Me You Love Me” world tour. This documentary was never aired due to her public overdose only days after the tour ended. At the time of filming, she had gone public about her sobriety, and it was assumed she was still maintaining it. It is understood now that was not the case.

“Dancing with the Devil” was filmed in 2020 to give the public firsthand accounts of Demi’s personal experience while on tour, and the events leading up to her overdose. They also discuss in detail how she was found, and her experience while in the hospital. The interviews include Demi herself, her family, close friends, former staff, and the neurologist who treated her in the hospital. Michael Ratner directs this series. He also directed Justin Bieber’s “Seasons” series.

A brief overview of the events of July 2018 is that Demi had been out with friends one night, and when she returned home, contacted a dealer to come to her house, unbeknownst to her family, friends, and staff. She took a combination of drugs, unaware it was laced with fentanyl. She was found the next morning in her room, by a staff member, near-death and unresponsive. She was rushed to the hospital where she received intensive treatment, by multiple specialists, which ultimately saved her life.

This first episode is a candid look at her state of mind during the tour, her pressures to be a role model while hiding her relapse with drugs and alcohol, as well as her restricted diet controlled by her team. She has dealt heavily with body image issues and eating disorders. Her team thought they could at least control the eating disorder by selecting what she could eat, and restricting what food could be eaten around her. She explains the unattainable standards to look a certain way, being a female in the entertainment industry. Frankly, that is a huge problem as a female in general, celebrity or not. There is also the overwhelming pressure to be a role model for her fans, which she has not asked for, but is the assumed norm for anyone in the public eye. There is a clip from the tour where DJ Khaled mentions her sobriety anniversary on stage in front of the fans. Even though it was intended as encouragement, and to be celebrated, it can put undue stress on the individual trying to remain sober. She relapsed shortly after.

There is discussion about the history with her biological father and his battle with mental health and addiction. He passed some years ago, alone, and not found until almost two weeks after he died. To this day, Demi does not know the day he passed, and it haunts her every Fathers’ Day, as it was around the holiday when he was found. Demi expresses her regret that all the mental health awareness she was advocating for, was directed at other people, not so much her father. Ultimately, mental health and addiction recovery can only be done by the person who needs the recovery. And as with most cases, a lot of destructive activity can be hidden from even those closest to us until it is too late. It was public to her friends that she had begun to drink again, but not that she graduated to harsher drugs, such as heroin. Not very long after she tried heroin, her body became physically dependent on it. She opens up about a night where she combined about a half-dozen substances that should have been a fatal cocktail, even before the infamous overdose.

No amount of control, monitoring, counseling, scheduling, or companionship is enough to stop someone from harming themselves. Only that person can decide when enough is enough.

It is an unfortunate known fact that there is a mysterious curse that lingers amongst some of the most brilliant talents we have seen in entertainment. The “27” club. This refers to a startling number of musicians and actors that have died tragically at, or around, the age of 27. It is an unfathomable trend that still has yet to be resolved. Demi was around this age at the time of her overdose. She was one of the lucky ones to survive. It still is not clear why that particular age seems to be the stopping point, but demons are demons no matter what age you are. What a lot of people do not realize, for those that are depressed, addicted, suicidal, most do not want to die. They want the pain to stop, so they do anything and everything they can to make that happen. The by-product is putting your life in danger. There is suffocating pain due to trauma, untreated mental illness, and suppression of abusive memories. No one wants to relive horrible events of their past (or present), but it is a requirement to move forward and live the healthiest life possible.

It was clear, during these interviews, Demi’s friends and family were not entirely sure how much detail they were allowed to go into about her substance abuse and how she was found the morning of her overdose. But Demi herself says she will tell all of it, and anything they want to remove later, they can. So far, in only two half-hour episodes, they told it all.

Most shocking of all is that Demi reveals she was allegedly sexually assaulted the night of her overdose. This claim was not made public previously. Doctors noticed it and asked about her activity in the hospital. She said she had a brief memory of the dealer engaging in activity with her that night. She was found naked as well. In her words, she initially said it was consensual, then realized about a month later, that anyone in an altered state of mind cannot consent to anything. That is the law of sexual assault charges. Not only was there an assault, but she was also left for dead. Unknowingly, she saved her own life because she had been adamant with her staff member about making a doctor’s appointment on time that morning. The staff member that found her was trying to wake her because they were running late.

I will definitely keep up with this series, there is so much to learn. Ever since Demi came public about her struggles, I felt a deeper connection to her as a fan and fellow survivor. I wish her the absolute best.

Not A Fan of Tik Tok However, It Doesn’t Deserve To Be Banned