Alex Scott Makes History In EA FIFA Franchise, But Why? 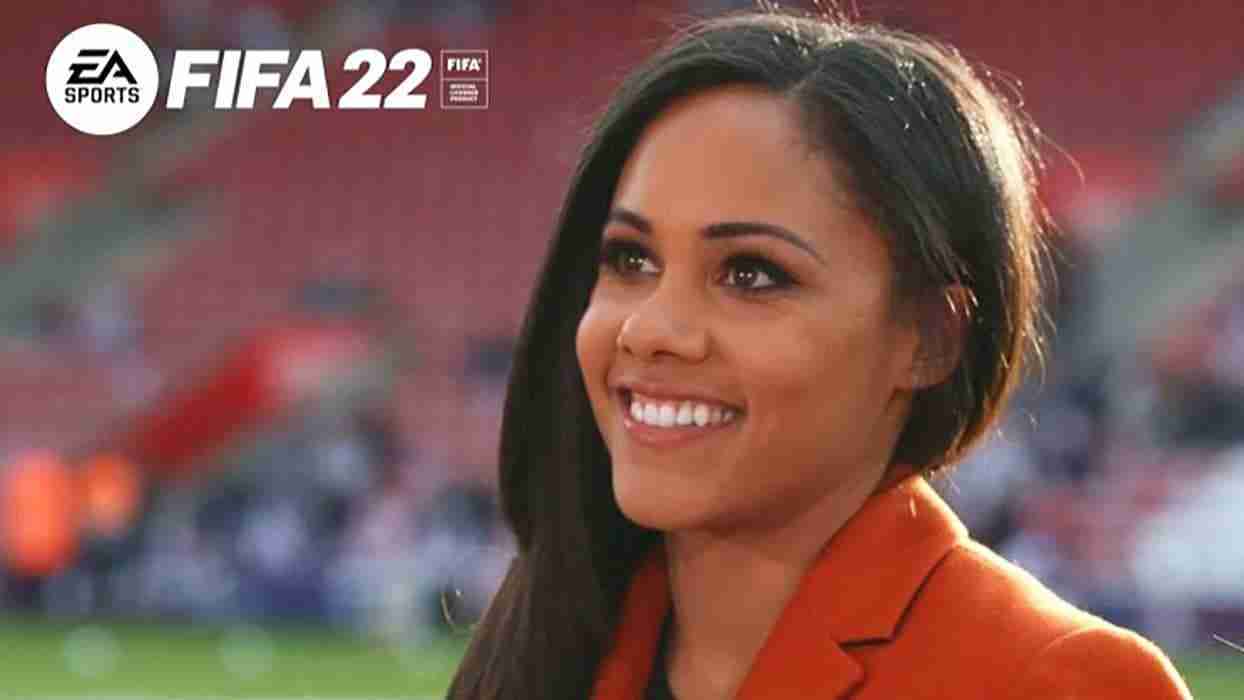 As we know EA Play Live is due very soon. Additionally, we also have the announcement of FIFA 22 right around the corner. Though this year’s edition is also adding something which is a first for FIFA. This change is the addition of Alex Scott to the commentary team.

Why is this a talking point? Who is Alex Scott?

This name won’t ring a bell for casual players of FIFA or most people in general. So let’s explain what is the reason it’s a first. Alex Scott is the first female commentator in the franchise. And possibly out of either the two main games for the sport, as Pro Evolution Soccer has never featured anything from the women’s game. FIFA added the women’s game back in FIFA 16 however Konami has decided on adding them at all. They were asked 2 years ago and Lennart Bobzien the European brand manager for Pro Evolution Soccer as it was known before rebranded this year told GameSpot

I personally support the women’s game and have been following the World Cup closely.

However we currently don’t have any plans to integrate women into eFootball PES 2020.

Now maybe the new eFootball series will look at what EA has done. Time will tell if they choose to add this to the game as a DLC or update post-launch.

So why Alex Scott?

Playing mostly for Arsenal in the English league winning several titles. In a 16-year career, age won over 20 club honors. She represented England at the international level 140 times. Winning 3 trophies and coming 2nd in the World Championships and 3rd in the World Cup. She also represents Great Britain in the London 2012 Olympics and is part of the squad that made the quarter-finals.

After calling time on a successful career 4 years ago she focused more on media work. She was part of the English team for the BBC coverage of the FIFA 2018 World Cup. This was the first time a female pundit had covered the tournament for the broadcaster. She since became the main presenter of one of the main football shows in England for the new season. She was also part of the BBC lineup for coverage of the recent Euro 2020 tournament which was delayed a year thanks to the pandemic. And football fans were quick to praise her performance in the studio. Personally, I saw her work and analysis on the games and she was amazing at the job so the praise was deserved. She will also cover the Tokyo Olympics for the BBC.

So where will she fit in?

EA has recently shown an example at a recent preview event. The game has a whole new English commentary team.

During the game, the new commentators of Derek Rae and Stewart Robson are interrupted by news of a goal in another match by Alex Scott. Those unaware Robson is an ex-player for Arsenal and West Ham and is working on the Italian football for BT Sport broadcasting network.

Has she said anything on the news?

She took to Twitter to announce the news and to say how happy she was and what a big moment it was.

Happy to finally share the news that I joined the FIFA family and will be commentating for #FIFA22!

This is a big moment for FIFA, for football and women and girls across the world.

It’s also a big moment for me personally and professionally.

Whilst I am the first English-speaking female broadcaster to feature in FIFA, I will certainly not be the last.

So EA is trying to have their game cater to all. Maybe they will add the domestic leagues as well as international sides. Since 2016 when they introduced it, the women’s game has come on in leaps and bounds and is played to a high standard. Though who knows what EA Play Live 2021 has in store.