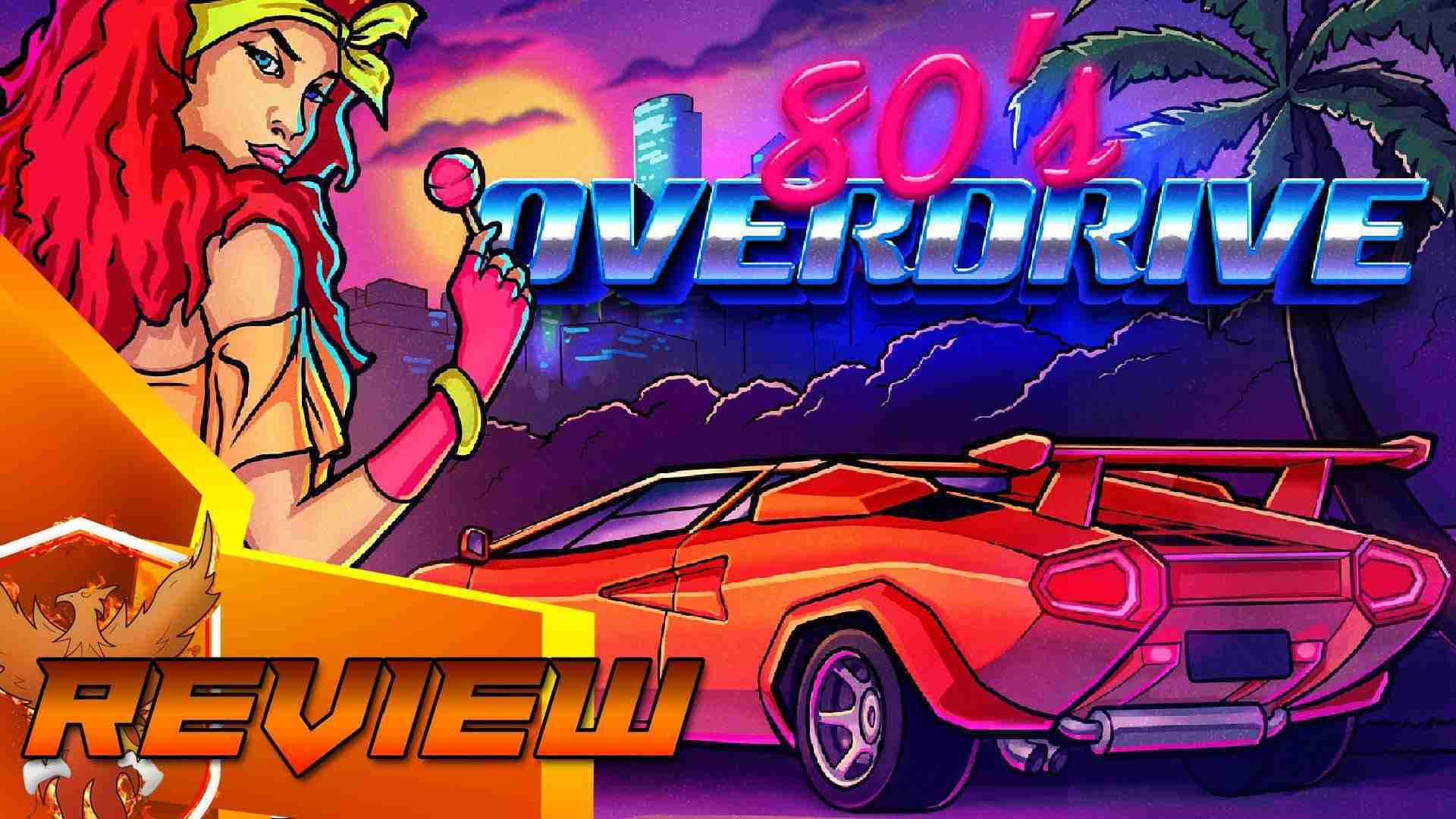 Brace yourself for a retro trip down memory lane. 80’s Overdrive is a love letter to 8 and 16-bit consoles and the games from that era. The Developers and Self-publishers’ Insane Code wanted a game like the games they grew up playing. However, without all the drawbacks, issues, and age some of those games have. I can say as someone who looks back on and does retrospectives on those games they definitely succeed. 80’s Overdrive is an almost perfect re-working of a classic type of game that’s not really seen anymore.

80’s Overdrive is a synthwave racing dream. Apparently, 2020 is a synthwave dream for me from Paradise Killer to parts of No Straight Roads to this. You get to enjoy 18 synthwave ’80s inspired songs to groove out to and 34 available tracks to race on there’s no shortage of good cruising times. I think you can tell just from a quick glance where this beautiful pixel art game draws its inspiration. Without a doubt, from the first race, you get major F-Zero, Road Rash for cars, or OutRun vibes. For most people, it will probably be the OutRun vibes especially with the early Yakuza games having it in the arcade.

In this just good-time game, there is a Career mode where you can race on those 34 tracks to win and gain points to move up the ladder. You start at the bottom of a 20 person AI ladder and as you race and win you move up. Additionally, there is a time attack move which again just reminds me of the games this draws its inspiration from. Finally, there is a track editor where you move slides to create your own customs tracks.

80’s Overdrive is available on Steam, Nintendo Switch, and 3DS eShop. That’s right, I said the 3DS. This game runs so well like surprisingly good. There’s hardly any loading times I swear it takes longer to launch the game then it does to load races. It must be the awesome power glove looking cursor that helps load it fast.

As you race, you get to choose 1 of the 6 classic looking cars to choose from. They have different names but you can clearly see what car it’s supposed to be like the Ferrari F-40 called the Penetrator GT. Do you know how hard it is to write that without giggling? While you’re cruising around there are side objectives to do in some races like collecting boxes so that you can earn extra coins.

It’s so important to manage your damage, fuel and look out from cops while heading down the highway at breakneck speeds. Running out of fuel without coins to fuel up means you fail, too much damage will make you fail, and getting busted by the cops will fail the race.

Now I have praised this a lot as there is a lot to love but I also said this was a near-perfect re-work. Let me just state even with these dings this is still a good game but not perfect. Somehow 80’s Overdrive manages to be fast and slow. Confusing I know. You can tell you’re going fast and in turns, you can see the speed but the rest of the time it just feels like it’s not going fast enough. Even with the Nitrous upgrade it still feels sluggish on some tracks. It’s not bad for someone who suffers from motion sickness very easily especially on OutRun. I appreciate its slower pace. However, when I’m doing a solid 168 I expect to feel like I’m doing 168.

The traffic is to put it very nicely chaotic, sometimes unfairly feeling so. It really feels like no matter how hard you try, some cars just have to hit you. Additionally, they will cut you off or something else that makes you take damage, crash, and lose your pole position. I’m talking family guys left turn madness for some of the AI. Speaking of AI the cops. Oh My God. I thought the cops in GTA 5 were bad. The menaces have a taste for your blood and engine oil. They will hunt you down to try and crash you and bust you Crew 1 cops DLC style.

My final ding is probably the biggest and most important one. In my opinion, the coin grind is kinda ridiculous. Coins are used to tune your car with engine upgrades, transmission upgrades, and more. Coins are also used to buy new cars, refuel, and repair damage. The rate at which you get them while paying for fuel and damages that the crazy AI does is not enough. At least, not enough for a quick game like this. This is a game I’ll fire up while waiting for a download or render not grind like it’s Destiny. Maybe some of you will like the grind or the ratio of coins earned. I personally found it out of proportion to the gameplay factors.

I believe this could be a good mobile game. It’s not a knock on it. Maybe since it’s on the 3DS and Switch it could be a mobile game but here me out. It’s a quick game with most levels taking a few minutes to beat, the gameplay is the same level to level with minor changes, and it’s an easy hop in and out. Additionally, with a mobile game, I’d be more likely to accept the coin grind. Imagine knocking out a level with awesome synth music and banging visuals while in bed, or in the car.

Honestly, the main people drawn to 80’s Overdrive are probably going to be retro heads. The pixel art is downright stunning and hits that retro sweet spot. It’s not a Forza or Gran Turismo but a flashback to a time before those games. There’s no groundbreaking gameplay or anything we haven’t seen before. In Addition, the other draw to this game will be the music with 18 in-game synthwave tracks to choose from and drive like hell to. I think 80’s Overdrive is a decent game for those of us looking for a game from our past without all the baggage that those come with. Unfortunately, like those games, it lacks some things here and there. However, It’s a good hop in hop out game for when you need a retro fix.

In conclusion, 80’s Overdrive can be picked up today on Steam, Nintendo Switch, and 3DS eShop. If you pick it up tell me what you think of it in the comments section below.