Xbox Games With Gold October 2021 Have Been Announced 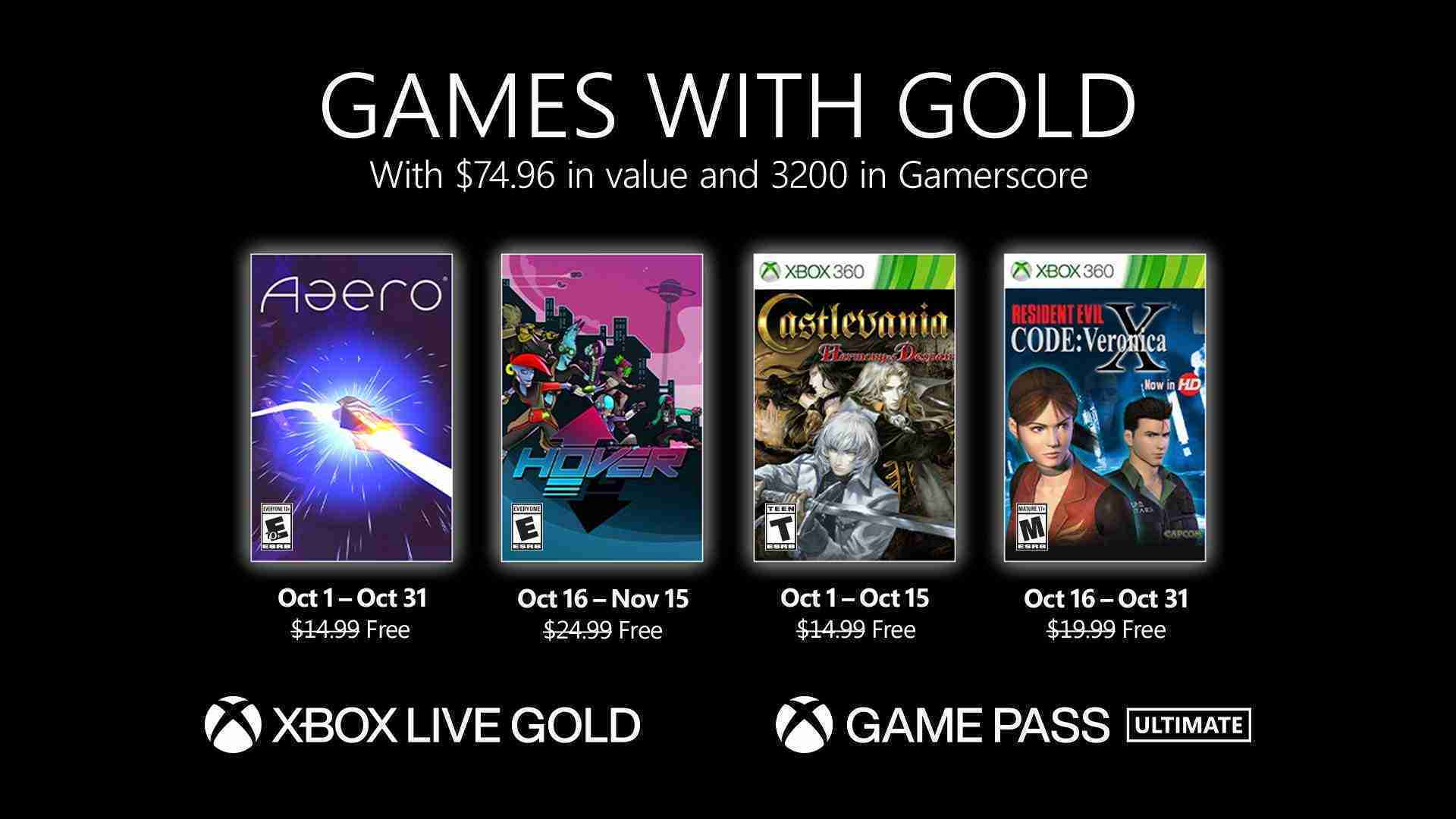 Each month gamers who are subscribed to Xbox Game With Gold or Xbox Game Pass Ultimate are given a new slate of free games to play. Here are the Xbox Games With Gold October 2021 via Xbox Wire.

Aaero
Speed through stunning environments, tracing ribbons of light, and fighting epic boss battles, all to an incredibly licensed soundtrack. Featuring music from Noisia, Flux Pavilion, Katy B, The Prototypes, Neosignal, and more, feel the groove and release the energy that lives in the music.

Hover
In a futuristic 3D open world, join a group of young rebels, the Gamers, and fight against oppressing laws while performing incredible tricks and combos. Equipped with high-tech gear allowing for amazing jumps and speed, help the citizenry, and find a way to reach the Orbital Station.

Castlevania: Harmony of Despair
Step into the shadows of the hell house to vanquish your old-nemesis, Dracula. With a 6-player co-op, select your fan-favorite vampire hunters from across the entire series to return Dracula to his eternal slumber.

Resident Evil Code: Veronica X
Set three months after the destruction of Racoon City, help Claire Redfield travels to Europe to search for her missing brother, Chris. Infiltrate the Paris laboratory of the Umbrella Corporation and survive the zombie horde that awaits.

What are your thoughts on Xbox Games With Gold October 2021?