Loop8 Launching In June Forspoken Review – A Fun & Flawed Game Amnesia The Bunker Is Delayed QUBE 10th Anniversary – A Deeper Look Star Wars Jedi Survivor Is Delayed Till April
In the past week, I’ve found myself watching two different horror films based around a single location. The Strangers and Spanish horror masterpiece REC. The Strangers I remember seeing in a late-night screening back in 2012, however, REC had always been on my list but out of pure fear I had avoided. Now confined to my home in West London the feeling of being trapped is more than an idea. 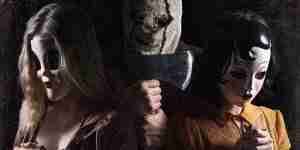 The Strangers released to mixed reviews. Some fans were intrigued by the brilliant trailer and adverts but felt let down by an ending that is still dividing audiences. Watching it again the one thing I forgot was how brilliant the opening 10-15 minutes are. No mention of danger at all, just a normal couple trying to refocus their relationship. It makes the first knock at the door much more of an omen. After this, the next 45 minutes are a masterclass of suspense. The first appearance of the masked man is not heralded by a sting in the soundtrack, a camera cut, or indeed any filmmaking trick. Echoes of Michael Myers in the original Halloween, nothing scarier than someone moving slowly and deliberately. Because of the brilliant opening, you are so hoping for some luck to go the way of Liv Tyler’s character but she’s thwarted at every level. Seeing the strangers act so human and unhuman at the same time only gives the audience a sliver of hope. However, that is thoroughly diminished. The ending, as mentioned earlier, will be where the film sticks the landing or loses you completely. I applaud the more bleak endings, especially in Horror, and is one of the reasons I have grouped these films 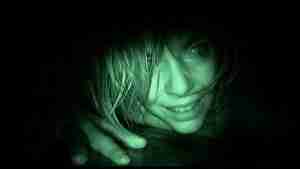 Now before anyone talks about the American remake, Quarantine, let me say that both films are good but Quarantine is just too similar to REC to be judged properly and the one major change they do make is stupid. While The Strangers is brilliant in moments but can leave a viewer unsatisfied with its ending, REC is a stone-cold classic of the genre and one of the best horror films of the modern age. By the virtue of being a found footage film, it’s implied that everyone on the screen will end up dead, or missing, by the films close. The Strangers the unwilling participants in this demonic setting aren’t beautiful, rich, or living in huge old haunted houses. They are middle/lower class average citizens in a block of flats who just want to know what’s going on and go back to bed, something we can all relate to. As the list of alive humans goes down the feeling of being trapped becomes all too real. As a matter of course I try to not stop films when reviewing at home to recreate the cinematic experience as much as possible. However, for REC I had to stop for 10 minutes to have a glass of water and compose myself, such as the level of terror created by one camera, one light, and a very energetic cast. While the film could easily end with an energetic encore, the directors Jaume Balagueró and Paco Plaza turn the energy down to 2 but the fear up to a level I would describe as mentally scarring. What I saw will remain in my head every time I go up a flight of stairs or turn off a light. If you can make stairs scary, you know you’ve done something right.

Reasons Why Microsoft Should Buy Netflix: A Compelling Case for Acquisition