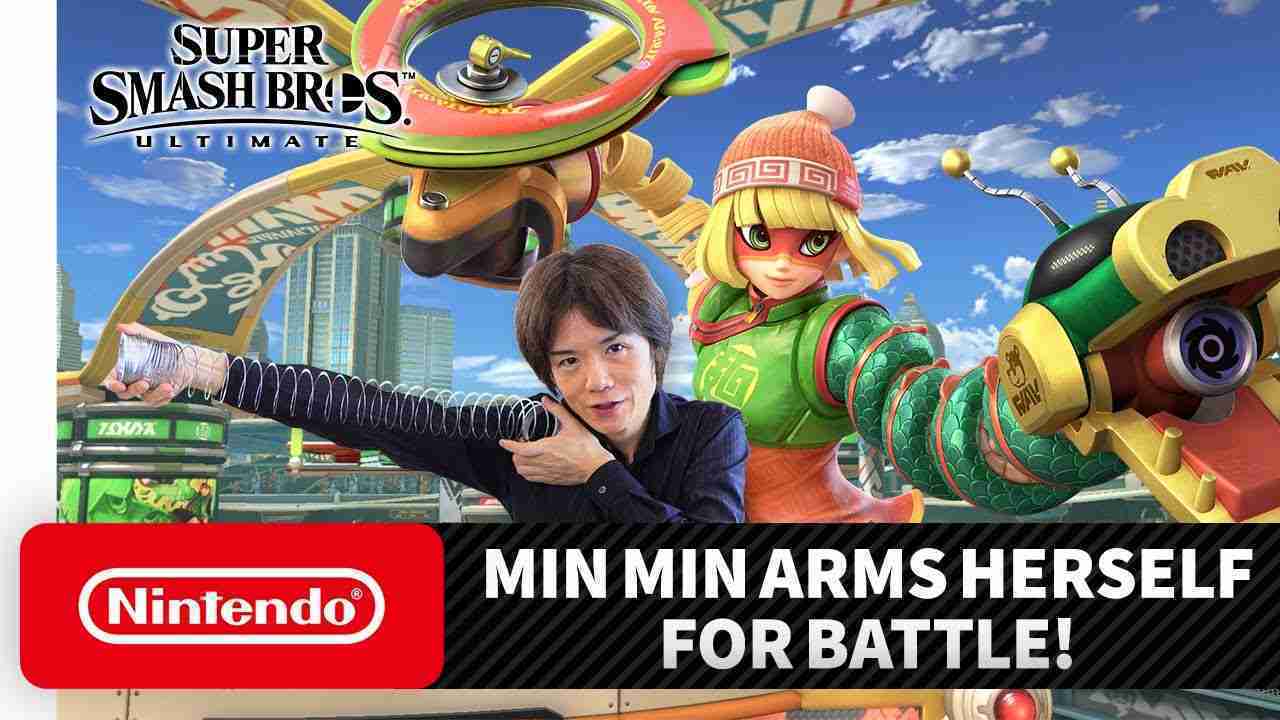 Earlier today, Nintendo announced the latest fighter to join Super Smash Bros Ultimate. Min Min from the Arms franchise is the 81st character to join the roster and will be available on June 29th. She is the first of six planned characters for Smash Ultimate’s 2nd wave of DLC fighters.

Min Min is in in for the win win!

Director Masahiro Sakurai made the announcement in a video filmed in his home, as the entirety of the Smash team is currently working remotely. Sakurai said that Min Min was chosen because Arms director Kosuke Yabuki said, “I want Min-Min.” He also noted that the character was particularly difficult to integrate into the world of Ultimate. However, he believes “we were able to create a fighter with an extraordinary fighting style.”

Sakurai detailed her moves before fighting against CPU opponents to show off her moves. Min Min has properties that make her a unique fighter. Things like the ability to move and jump while doing tilt attacks. This is the 2nd character in the franchise to do so, the other being Mega Man.  However, the big thing that sets her apart is her arms. She has reach and can extend her hitbox with a laser that comes out of her dragon fist.  In addition, players can control each of her arms with the A and B buttons and can perform Smash attacks in the air. Players will have plenty of things to lab once she drops in a week’s time.

Along with the announcement of the latest fighter, Sakurai also announced two new Amiibo will be out this fall. They include Joker from Persona 5, and Hero AKA The Luminary from Dragon Quest XI.

Lastly, there was confirmation that Nintendo is working with Bethesda. Vault Boy (the mascot from the Fallout Franchise) has been added as a mii fighter costume and will be available for purchase for 75 cents. The other mii costumes announced included Ninjara from Arms, Heihachi from Tekken, and Callie & Marie from Splatoon

Crossfire X Gets A New Trailer At Gamescom