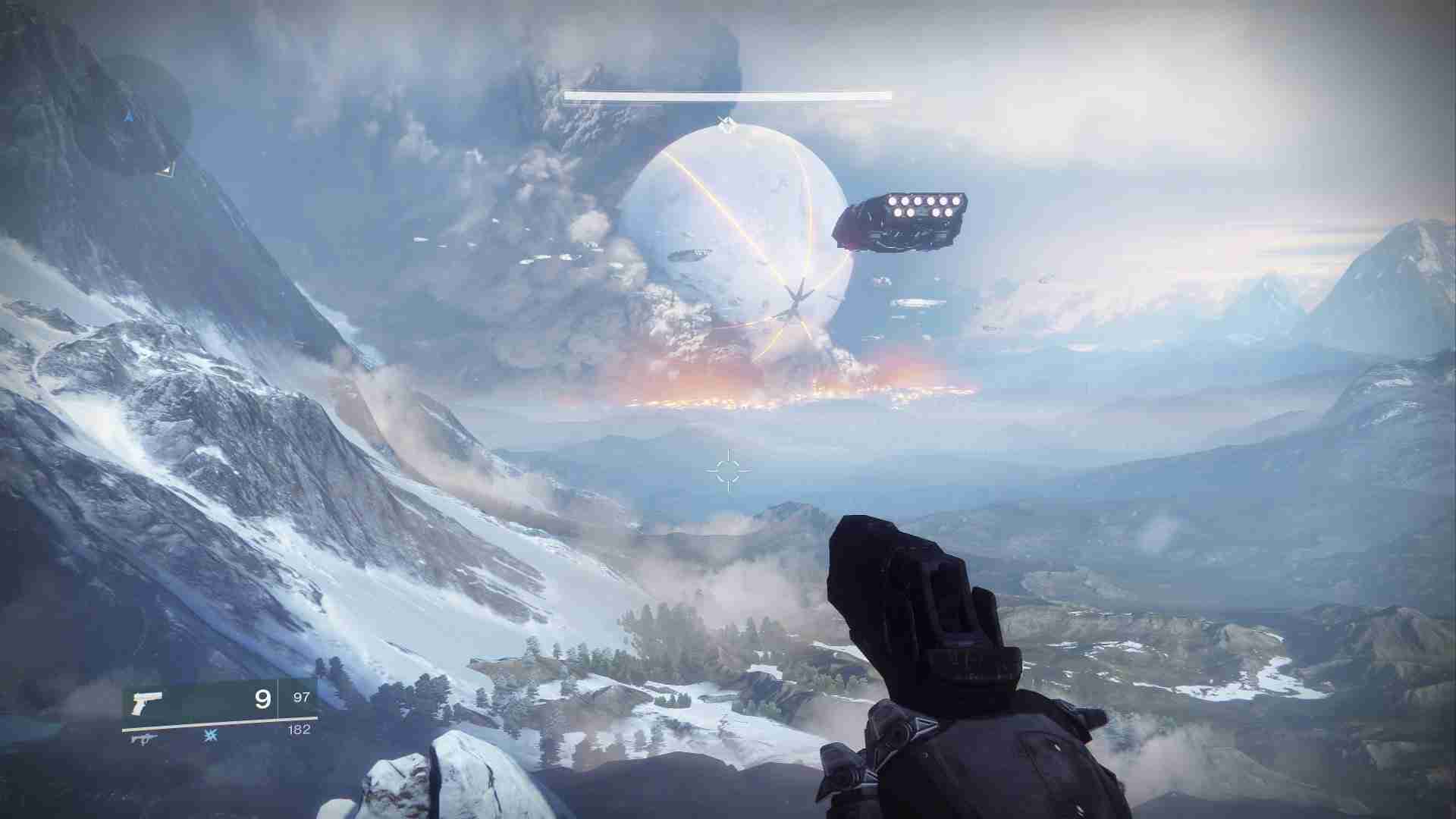 I am the type of gamer that likes to play multiple titles at a time. Call me commitment-phobic, but I like having a variety of games in my rotation. After bouncing between The Medium, Battlefield V, and Dirt 5, I decided to try adding Destiny 2 back to my rotation. I ended up quitting out after half an hour, simply because I felt completely lost after logging into the game.

I was always more of a casual Destiny 2 player. After finishing the story, I would dabble in a strike here, a raid there. Maybe I would spend some time participating in world events, but mostly I was a Crucible player. The grind for upgraded loot, weaponry, and armor was alluring, nonetheless. Invariably, however, I began to focus on other titles and did not play the game for some time. Since the game’s expansions were made available on Xbox Game Pass last year, I thought now would be a great time to jump back in.

Instead of jumping in and having fun, I was assaulted with a myriad of changes. Eververse and the Gunsmith work differently than I remember. The armor and power systems seem to have been completely revamped. There are multiple new currencies outside of just Glimmer and Legendary shards. Several locations and activities were no longer accessible, instead of being moved to the Destiny Content Vault (DCV). Even shaders seem to have been changed. There is also the question of if my current Exotic and Legendary loot is still viable or not.

For series veterans that have been playing Destiny 2 continuously since launch, adjusting to these changes was likely quite easy. However, for players that have chosen to jump back in after some time away, it feels like being caught in a virtual no-mans-land without any guidance. It is a feeling not too dissimilar from putting down a single-player story-based game for a while. When you jump back in, you must get reacclimated and caught back up with the story. With Destiny 2, the problem is compounded because it is not the story you need to get caught up on—it is entire systems and mechanics in the game.

I have long supported the idea that single-player games should have some kind of “Last time on…” feature. For example, if someone stopped playing a Resident Evil game for a while and then chooses to hop back in, a quick story cutscene could play summarizing previous events to get you settled back in. Something similar should also exist for multiplayer and MMO games like Destiny 2. The problem with Destiny 2 is that, outside of a few cryptic pop-up messages, no such guidance exists for returning players.

Bungie should consider producing a short video (or series of videos) to coincide with each content season that summarizes the changes to the game, loot system, and mechanics to familiarize returning players with what is going on. Visual indicators or tooltips positioned in the menus with old loot and cosmetics from previous seasons could also provide guidance on how they fit into the current meta of the game if they do at all. These seemingly small tidbits of information could go a long way to helping players like myself that have been away for a while get reacclimated. Consistent Destiny 2 players that do not need this information could be given the option to disable these tooltips and videos, so they do not intrude on their experience.

Destiny 2 is a good game that is bolstered by arguably the best FPS gunplay on the market right now. I would love to come back and experience the game in its current state. However, Bungie needs to take the time to make the game less alienating to returning players. One could argue that this information could be obtained from Internet searches and Destiny wikis. Still, Bungie taking the time to make this information quickly available to players in-game would go a long way to helping players like myself become re-engaged in the Destiny 2 universe.

Would You Play Older Games? | Cogs In A Machine Ep. 22