Atsushi Ohkubo, creator of Soul Eater, and Fire Force hinted that after the final arc of Fire Force that he is retiring.  In the latest volume of Fire Force, Ohkubo stated:

“the story is also in its final stage, and for me, I plan for this to be my last manga, so please accompany me until the very end.” 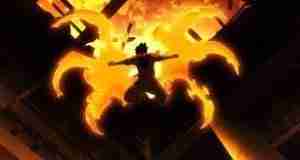 Sadly Fire Force is coming to an end. Since premiering on FunimationNow this show has been one of my favorites.  The unique way Ohkubo dealt with The Grim Reaper and souls is the same thing Ohkubo does with Fire Fighters and Fire Force. The anime immediately grabs my attention because of the first appearance of Shinra Kusakabe. The cast of characters is also impressive. Special Fire Force Company 8 has the main protagonist Shinra along with Captain Obi, Sister Iris, Arthur Boyle, Maki, Tomaki, lieutenant Takehisa, Licht, and Vulcan. Not everyone can use Pyrokinesis, or the ability to manipulate fire. Before Infernals, or those who have been overcome by the flames and turned into demons, are killed Sister Iris prays for them, Licht is a scientist, Vulcan is a Sound Engineer. While Captain Obi doesn’t have any fire ability, he is expertly skilled in hand to hand combat, versatile in his tactical thinking and isn’t afraid of giving someone those hands. 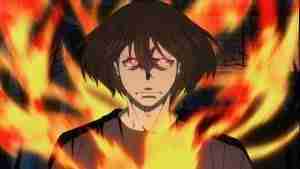 It is easy for me to express why I enjoyed this show so much. The anime got my attention, introducing the characters outside of Company 8. Captain Burns, Benimaru, Sho, and my waifu Princess Hibana are my favorites. Benimaru is the stand out above the others and has a unique Pyrokinesis. Benimaru is a rare second and third-generation fire user. Making him very strong, and he is an expert in hand to hand combat. Check out the Asakusa Arc episodes 11-14.  Fire Force fans like myself, we’re hoping for more adventures because it was so good. I can’t say I’m disappointed because, like Soul Eater, the anime has been fun. After season one, the manga became reading material. There is still a second season planned and in the works as of the writing of this article.     <——-Previous Article
What’s your Reaction?
+1
1
+1
0
+1
0
+1
0
+1
1
+1
0
+1
0
Facebook Twitter Email
👁️ 393

Hideo Kojima Almost Made Project Similar To The Boys

Gran Turismo The Movie To Hit Next Year