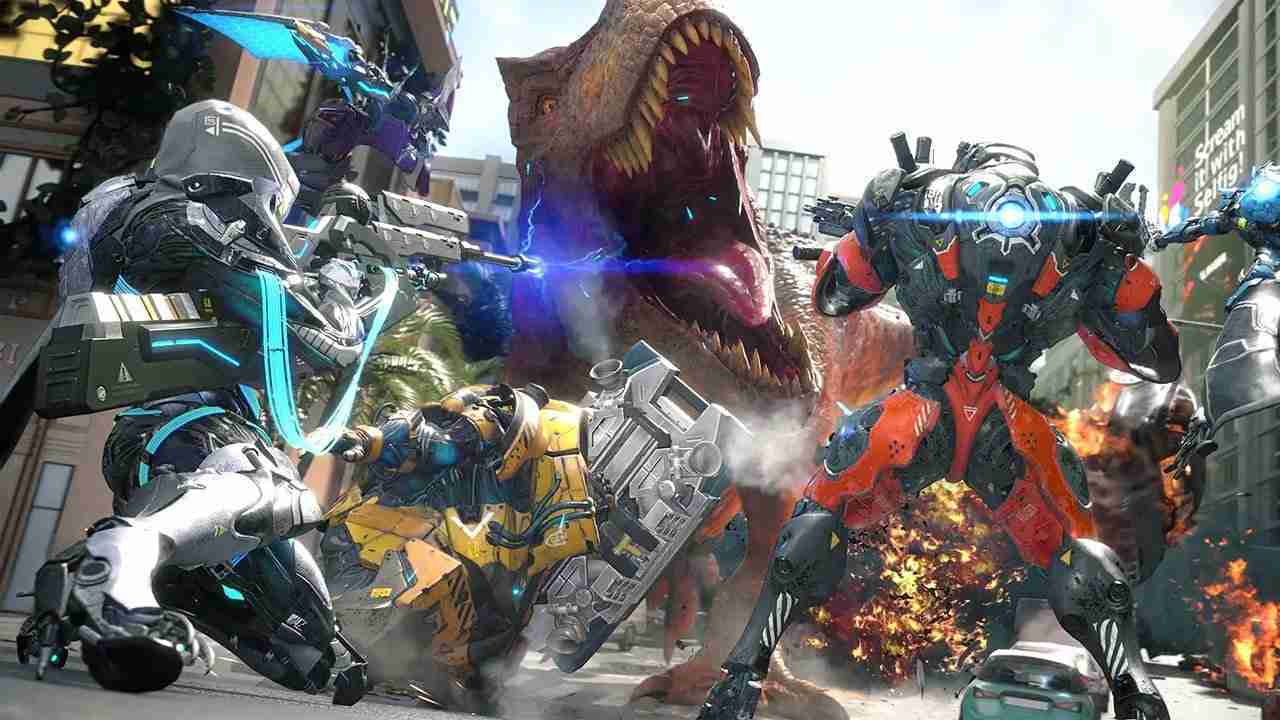 Capcom has been very quiet on many of its projects recently. Most notably with its Pragmata project, and the recently announced Street Fighter 6. However, they surprised everyone with a new trailer on PlayStation’s showcase. As Capcom reveals Exoprimal, is a team-based shooter with dinosaurs.

Capcom seems to be working on many experimental projects outside of its big franchises. And they put that on full display with the announcement of Exoprimal during the PlayStation showcase. With a trailer revealing an alarm for portals opening up, and dropping dinosaurs. LITERAL dinosaurs just falling from the sky.

With a feeling of swarms of dinos rushing, it is like a scene out of World War Z, but with dinosaurs instead of zombies. At this point is where they reveal our heroes the exopilots. People who pilot these exosuits of armor to combat the dino swarms. Because of the styles of the mechs, the inspiration is very reminiscent of the now-abandoned Anthem. While its not horror, the dinos causing absolute terror has people feeling this game is almost like an Anthem meets Dino Crisis title. And it is hard to deny the similarities with that comparison.

While the trailer doesn’t give too much away, it does give an interesting concept for a coop game. And the interest for dinosaurs is always there. With games like Jurassic Park Evolution and Ark: Survival Evolved, it proves dinosaurs are awesome. Now that Capcom reveals Exoprimal, what do you all hope to see? Let us know down below.

Exoprimal is set to release in 2023 on Steam, PS4, PS5, Xbox Series X/S, and Xbox One Consoles. To find out more check out the official Exoprimal website.