Deadpool Joins Marvel’s Midnight Suns In DLC Football Manager 23 Finally Gets PS Release Date Over 100 Side Quests In Hogwarts Legacy Is a Smaller PlayStation 5 on the Horizon? I’ll Wait and See System Shock 2 Free With PC Remake Preorders
Blasphemous: Stir of Dawn brings an unholy amount of new content, including New Game+, a fresh storyline, and Three Penitences to the action-platformer title. Team17 and The Game Kitchen are expanding the world of brutal action-platformer Blasphemous with the launch of Stir of Dawn. Free downloadable content delivering significant features and a New Game+ mode called ‘New Torment’ to the game.
The DLC is available now on PS4, Xbox One, Nintendo Switch, and PC. Stir of Dawn’s introduction of New Torment unlocks a new story branch. As a result, it sees the player’s journey to defeat the five Amanecidas since Laudes – an ancient creation of the Miracle – has been awoken to challenge The Penitent One. Additionally, Stir of Dawn also brings forth new items and executions for players to utilize, and new areas to battle through. Furthermore, the is a new map system, updated voiceovers (including full Spanish VO), and other significant tweaks to the gameplay.

Players of the New Torment mode can choose from one of Three Penitences, each of which drastically changes the gameplay experience: 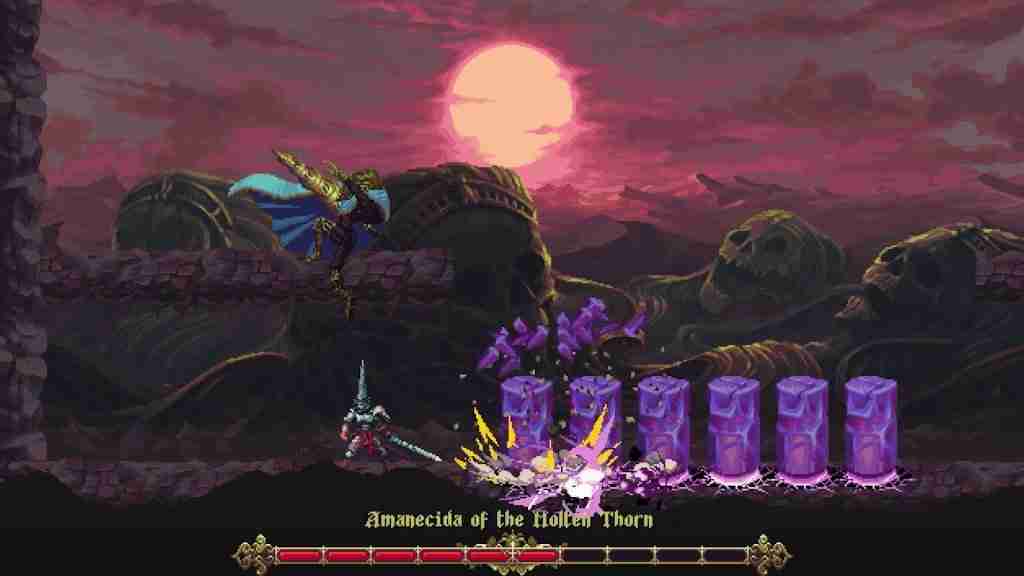