What Happened to Anthem? Is The Future Bright? 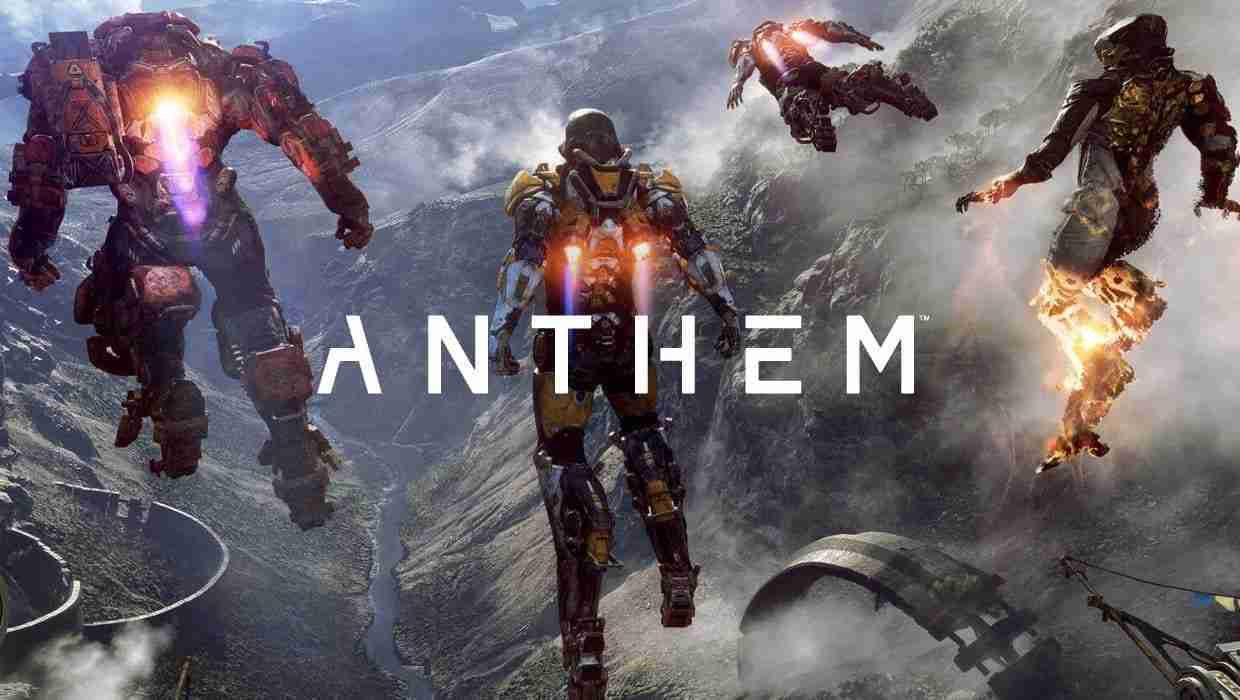 The world was waiting with batted breath for the announcement of a brand new IP from Bioware the studio known for it’s deep engaging story-driven single-player games like Mass Effect, Dragon Age, and others. They shocked the world when at E3 2017 a new always online looter-shooter game unlike any other was announced. Anthem was shown to us but the dismal reception of Mass Effect: Andromeda the game that in a lot of minds failed to carry the iconic legacy of the Mass Effect series was still at the forefront when most thought about Bioware. Would this be a return to form for Bioware? Would we see the powerhouse recapture that glory that they once had? Or would this be one step closer to the fire?

In the summer of 2017 we got our first look at Anthem a brand new IP with a teaser trailer that showed up glimpses of the world we would be in, traces of what the story is, and a shadowy look at what would be our Javelins. That was later followed by an Offical Gameplay Reveal Trailer while only 7 minutes long it showed a concept that immediately drew people in.

The high flying, fast-paced, drop in and out gameplay of Anthem made waves but also made a lot of people concerned. Why was an award-winning single-player studio making an online-only co-op looter shooter game? And with the previous game (Mass Effect: Andromeda) still fresh in the minds of the masses people questioned if Bioware still had the means and talent to make great games. But the overall reception was bright and excited to see what BioWare would bring to the table with this title. As the game got closer to launch the road map that Bioware had for releasing new content and in-game events was laid out and promoted. We would quickly come to see that it all was nothing but a dream that was about to fall very short.

Right at launch, which was delayed several months, there were cracks already starting to form at the surface. Major server issues, a visual downgrade, gameplay stuttering, bricking Playstations, and more. Not the greatest way to start a new IP’s launch but most problems and bugs were eventually fixed and patched out. It became quickly apparent that the roadmap laid out was not gonna happen even though promises were made. The road map was later abandoned altogether when Bioware realized major changes needed to happen with the game itself to keep the player base.

Quickly after launch, the player count started to dip and it brought a lot of doubt if Anthem and Bioware could survive. The grind was too steep, and the competition was fierce with games like The Division and Destiny leading the way in looter shooters. The lack of progress and lack of end game content sealed the fate for a lot of the player base. Why commit to the grind if drop rates are terrible, the master gear was recycled over and over, the promised content updates looked more and more like a pipe dream, and matching up with a dwindling player base meant matchmaking took near as long as missions time themselves.

The Cataclysm, Season of the Skulls, and Icetide world events were welcome changes and brought some much need fixes and content to the game just weren’t enough to bring people back into the world. In January and February Anthem became a joke by still having the Christmas themes and decorations up way after Christmas furthering the notion that the game was dead and Bioware was busy on Dragon Age 4.

State of The Game Now

Anthem sits in a weird state right now. It has a few changes and updates that have made it better then it’s launch state but there are still overhanging issues of lack of content, gameplay problems, and the ever-present grind for little return just to list off a few. The microtransactions while not truly egregious like Ghost Recon: Breakpoint they were disproportionate compared to the coins you earn in-game taking hours or days just to earn barely enough to buy one thing from the weekly shop. The Cataclysm, Season of the Skulls, and Icetide brought some much-needed improvements and content to the game but even those felt stilted. The story while feels cut off (mainly because it is) is still a fun few hours and has glimpses of the signature Bioware world-building and lore. The flying feels like nothing out there right now, the in-game time trials have brought more exploration in free-roam, and the legionnaire challenges encourage you to keep getting out there and having fun.

Anthem has the same feeling that Mass Effect Andromeda has right now, you enjoy it may even be a quilt pleasure but it hurts to look back at it. The talent, time, and love from the devs are clearly on display but the overall machine is broken. It’s in a playable but empty state. The lack of content left the story feeling unfinished, the broken promises made a lot of players hesitant to spend more time and money. In a world of multiple daily looter shooters scrambling for our attention as it stands right now, Anthem just can’t be one of them at this time. Until recently Bioware has been very quiet on what was going on with Anthem and the state of the game within today’s gaming sphere.

There have been rumbles of big changes coming to Anthem. Recently Bioware confirmed that they are planning a major overhaul dubbing it “Anthem 2.0” or “Anthem Next” and have not given up on the game as many people feared. After a long period of quiet, we have got a glimpse of some progress with May update from Christian Dailey at Bioware Austin. If you are looking for a quick fix to happen then you’re out of luck. In the statement, Bioware wants to take time a do this right they have been listing to what the community has been saying over the last year and have taken it to heart. They are committed to being open and honest with us as the game moves towards a new life be that in the form of live streams, Q & A’s, or whatever else the company decides.

I expected a bit more news after 6 months but with what’s happened in the world I can forgive the studio as most people are working from home with kids and what to. Christian says that the studio is in a “prototyping phase” meaning they have gone back and started to work on things they thought fell short or didn’t work. The team is only 30 people though. It’s not clear if more people will join the Anthem team as they get into the deeper redesign and reworks, or if the entire rework is supposed to be done by those 30. The small team size as Christian said “the whole point of this is to take our time and go back to the drawing board. And a small team gives us the agility a larger one can’t afford.”

It looks like they are taking the bones of the game and building from there. Was Anthem rushed? Did EA force Bioware to make this game then left them to the wolves when it started to crumble? It’s unclear if Bioware has much more resources to dedicate to Anthem with the rumored Dragon Age 4 production to kick into high gear, Star Wars: The Old Republic MMO, and a possible new entry in the Mass Effect series.

A number of other online games like The Elder Scrolls Online, The Division, No Man’s Sky, Destiny, and Final Fantasy: A Realm Reborn have had disappointing starts only to take some time, rebuild, and turn it around. The difference between Anthem and those games was an entire studio was dedicated to changing the game not 30 people. I am holding out faith that it will turn around and the game will get the new life it deserves. The openness the studio has adopted is a nice breath of fresh air.

I will be waiting with bated breath to see what is gonna happen with one of my favorite yet most disappointing games. When the updates start will you get back into the game? Or will you wait till it’s all over and try the game out then? Who do you feel is at fault for the state of the game? Have you played Anthem? Let me know in the comments below!