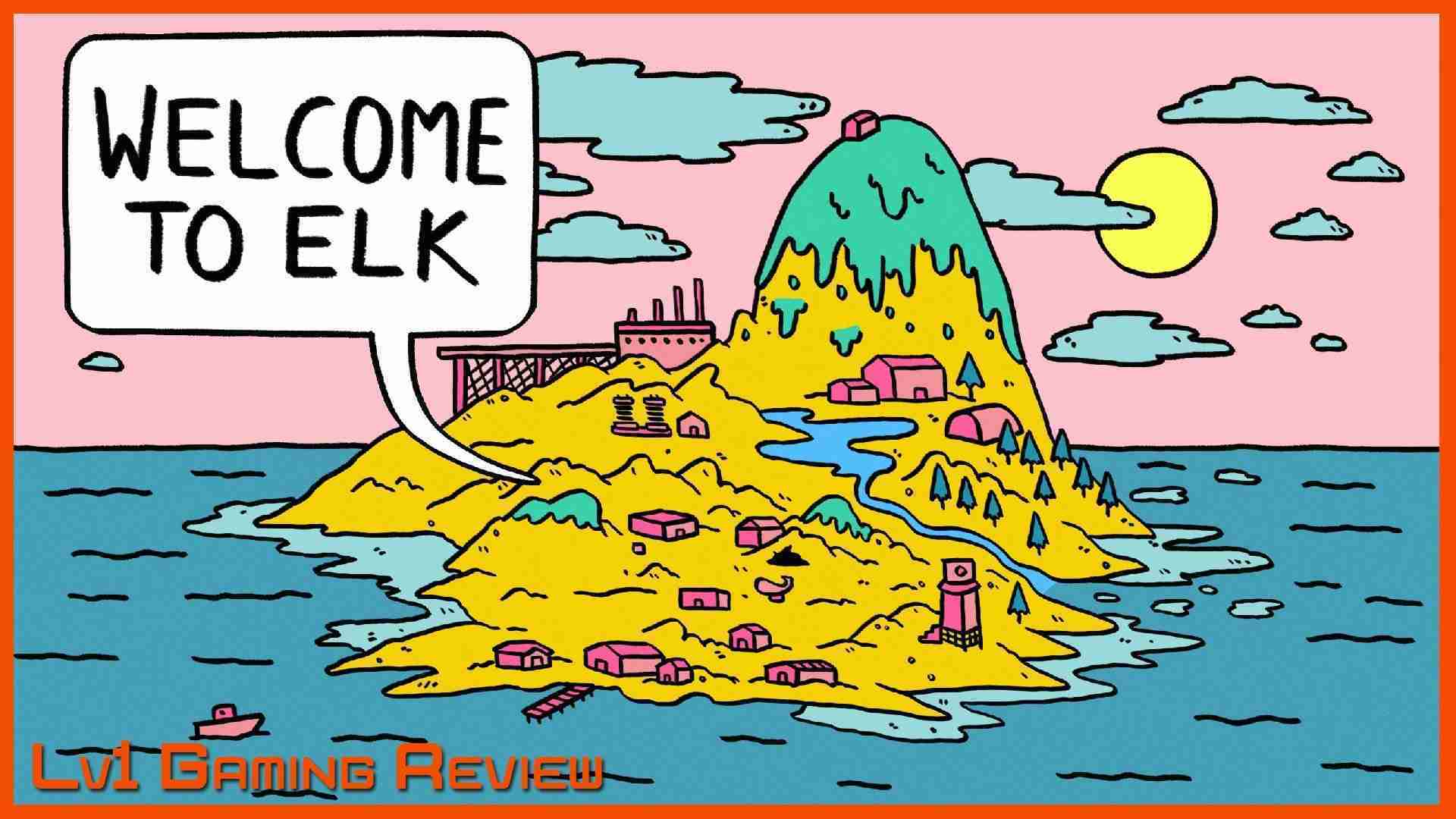 Welcome to Elk is a house for human stories. It nurtures them, protects them, and welcomes more when the time is right. This is a game about life, loss, tragedy, heartbreak, and fear. However, It also inspires, uplifts, and entertains. Welcome to Elk is one of those games that doesn’t come around very often but when it does you should hold on it’s something special.

Side note this is one of the first games I reviewed in 2020 that I got 100% achievements. Even Inmost and Peaky blinders I didn’t get most of the achievements in 1 playthrough. It took 1 full playthrough and the first 10 mins of another but I did it. It took a total of 3hrs and 44 mins to finish and get 100% not bad if I do say so myself. I played this on Steam but it’s also on Xbox. It’s powered by the Unity Engine. I did have a few stutters and crackly audio for a bit. But nothing crazy or game-breaking. You could just tell when it was loading something in.

Welcome to Elk made by Triple Toppings Studio based in Denmark if I’m not mistaken. This is their second game at least right now. They are working on a game called Ynglet at least at the time of writing. The first game was Spitkiss, a platformer about polyamory and love that’s found in unconventional relationships. Welcome to Elk is a weird tragic yet comedic game about human stories. It’s a biographical adventure set on an island like no other. Every hand-drawn personality-filled character you encounter has a story to tell. From weird and wonderful to the dark and desperate, all the tales told on Elk are based on true stories of life on the road less traveled. It reminds me of another underrated game that deals in telling stories Where The Water Tastes Like Wine. It’s an experience more than a game.

In the multiple award winner and 82, Metacritic scored game you play as Frigg a young carpenter trading their busy life in the city for an apprenticeship in a small town. There’s this constant feeling Elk island isn’t what it’s made out to be and there’s something deeper below the surface. That being said, you really fall in love with Frigg, the island, and the people even though you’re there for such a short time.

The minimal use of color reminds me of Schindler’s list. Calm down those of you who know what that is you might be looking at me side-eyed. Bear with me. Like the movie, the interactable or important items and characters are in color. Friggs dreams are in color but aside from something like Jeppe’s funeral the rest of the environment is just white. Also when you can’t interact with something it’s white too or It could also be compared to The Saboteur where that game is in shades of grey except for somethings important. Stay tuned for the retrospective I’m working on.

Throughout the game, Frigg encounters people that will tell stories in video clips. The clips include Jan, Ingrid, and Lauge important people to the Triple Topping team telling the rewritten true stories. Stories that you will have experienced in the game but with the residents of Elk. I say rewritten true stories as not every story they collected will fit perfectly, or information will need to be changed to protect people. They are tall tales based on truth. You can read the stories that Frigg finds in bottles on their table on the welcome to elk website.

Between the exploring and story sections, there are mini-games, though not quite as many as Battletoads. They are all handmade and unique for the game like the balloon head creator, karaoke nights, the card game, and making a squirrel trap just to name a few. In Welcome to Elk, there are also meta moments like in Bo Manor where you hear the devs talking and playing a scene causing Frigg to think they’re going crazy. I have to say this even though Frigg is there to apprentice in carpentry under Jan her dad’s old friend there is never actually carpentry done. Even Frigg brings it up a time or two. 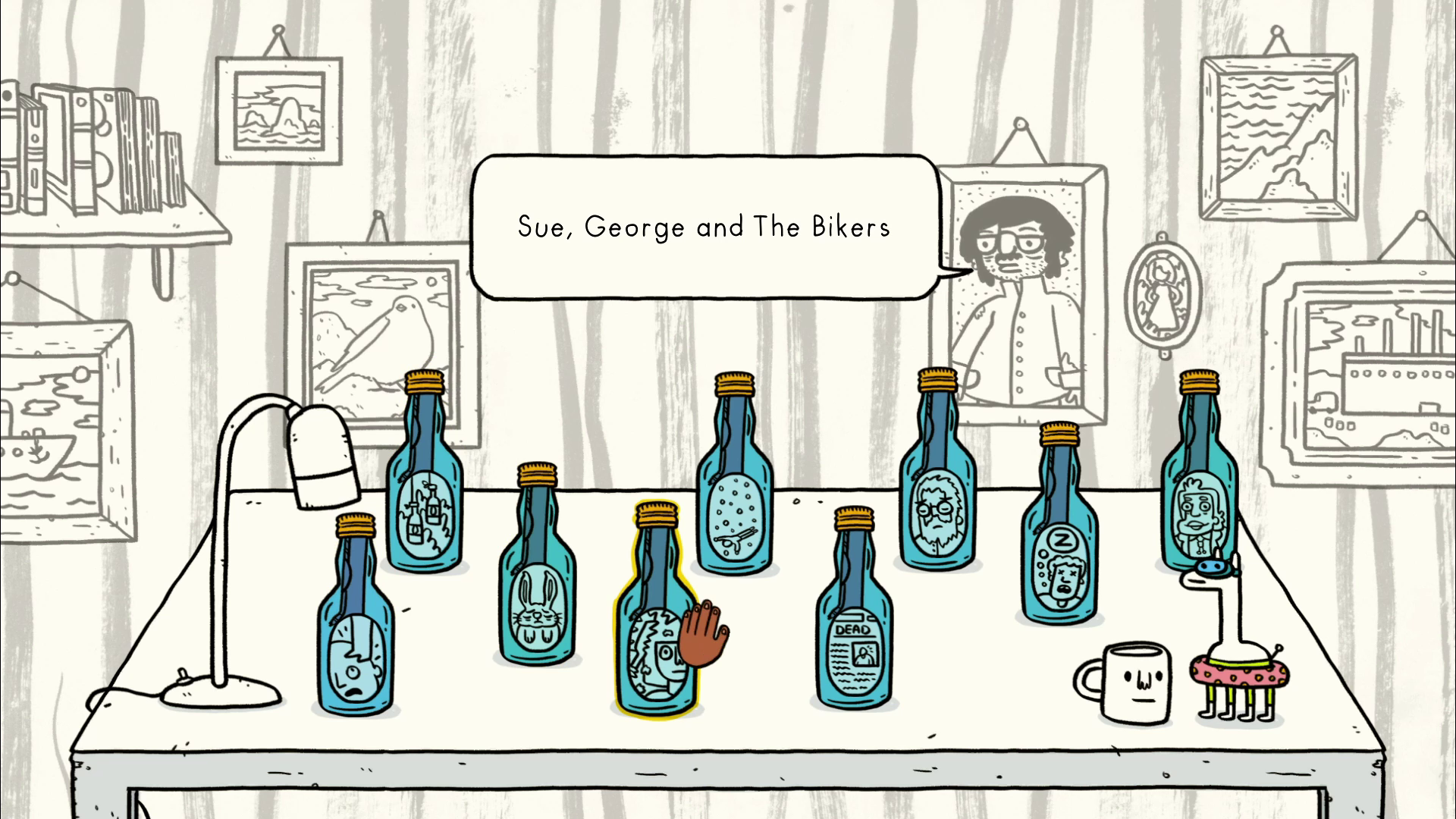 The controls are super basic. I think this was done on purpose to not take away from the stories being told with remembering controls. Just WASD, Space, and escape that’s it. Like I stated it’s a short game 3 hours and 44 mins. However, that is not a measure of how good this game is. This will stick with me longer than some of the 40 hours + games I’ve played.

I honestly don’t know if this game has any replayability. All the achievements can be played in one go, and nothing changes on a second playthrough no difficulty upgrade, the gameplay, mini-games, or nothing. The only reason would be to experience the stories again, sure you can read the stories on the website but that’s not the same. Still, this is a game I would say pick up to support the devs or if you’re still hesitant wait for a sale and pick up the well worth it soundtrack.

Welcome to elk is a game that made me feel human again. That sounds weird but I’ve just in 2020 spent the year as a sword-wielding prince and his friends, a nazi hunter father then nazi hunting sister duo, the Dragon of Dojima, an immortal detective sent to breathe life back into paradise and so much more. Welcome to Elk I was just Frigg, a person in a place unlike anything else, experiencing the stories of the islanders and being taken on a trip.