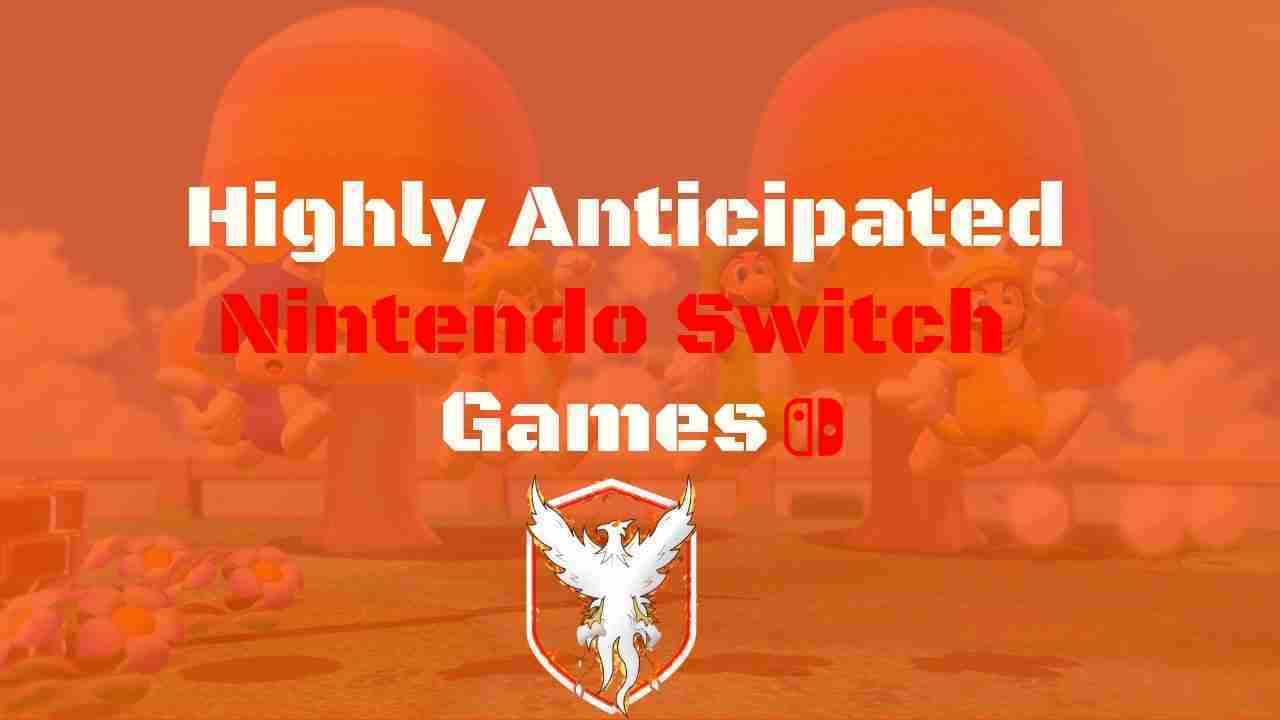 A new year brings with it a new set of expectations of what is to come and video games are no exception. So here at LV1 Gaming, we are counting down the most anticipated games on all the consoles. Be sure to keep it locked to the website to see our lists of highly anticipated Xbox and PlayStation games as well. But without further ado, here are the top 5 most anticipated Nintendo Switch games of 2021.

#5 – The Trinity of Games That Should Have Not Been Announced

Ok so let’s get one thing out of the way, this top five is actually a top seven since my first on the list is actually three games. However, I do want to defend myself because these three games all have two things in common, they should not have been announced, and we have little to no new information since their original announcements.

The games are Bayonetta 3, Metroid Prime 4, and the untitled Breath of the Wild sequel. Bayonetta 3 was announced at the 2017 Game Awards with a CG teaser trailer and no new updates were given since. Metroid Prime 4 was also announced earlier that same year during E3 and in January 2019 Nintendo announced that they had to restart development.

During E3 2019 the Breath of the Wild sequel was announced and is looking to utilize the same engine and assets from Breath of the Wild which, one would assume would make it easier to pump out the sequel but Nintendo hasn’t given any new updates.

The Breath of the Wild sequel on its own, likely takes the crown of the most anticipated Switch game. All three of these games don’t have an official release year but maybe if 2021 is good to us, we might get one of the games to come out.

The game originally came out on the Wii U in 2013 but unfortunately, the Wii U wasn’t a sales success for Nintendo, but now with this enhanced port, a new audience can experience this amazing for the first time. The game follows Mario and friends as they platform their way through the Sprixie Kingdom with the new power-up – the catsuit!

The game is best played with multiplayer and with the newly added online multiplayer mode, friends can get the couch co-op experience all while safely social distancing. The game runs at a faster speed and has a new mode/campaign called Bowser’s Fury. Nintendo hasn’t given any details about what Bowser’s Fury actually is, but fans are eagerly awaiting what Nintendo has in store. Fans won’t have to wait too long as the game is a little over a month away.

After nearly 22 years the N64 game is finally getting a sequel! Announced during a Pokemon direct in June 2020 the game is being described as “an all-new adventure for Nintendo Switch that’s inspired by the classic Nintendo 64 game.” It definitely looks like an on rails photography simulation game much like the first game but this time the Pokemon have more animations that make them look even more realistic.

Bravely Default was a huge success for Square Enix on the Nintendo 3DS. So much so that this game is getting a second sequel (let’s not forget Bravely Second) in Bravely Default 2. The developers – Team Asano – have already flexed their ability to make gorgeous visuals on the Nintendo Switch with Octopath Traveler.

So it should be no surprise that this game makes the list with the pedigree on display here. The games are also known for having amazing soundtracks and Bravely Default 2 should be no exception. For everyone that loves the classic SNES squad and turn-based battles, Bravely Default 2 will be out in less than 2 months (barring any delays).

This game is definitely high on a lot of people list for several reasons. First, the game has a history with the Nintendo audience as the series used to be home to the Nintendo 3DS and many gamers sank hundreds of hours into Monster Hunter 3. Next, the franchise has seen a recent spike in mainstream popularity, and no I’m not talking about the Monster Hunter movie, and if anything it probably hurts the brand more than helps it.

What I’m talking about is Monster Hunter World on the PS4/XB1. That game was the most successful Monster Hunter game and now Capcom is bringing that energy back to Nintendo. The Nintendo Switch is the perfect device for the franchise as the game tends to have hundreds of hours of content and being able to have a bite-sized session on a handheld makes this game easy to digest.

Overall it’s hard to make an anticipation list because Nintendo has gotten in the habit in recent years of essentially shadow-dropping their games. When 2020 started we didn’t know that a new Paper Mario game and a new Hyrule Warriors game was coming. So I wouldn’t be surprised if a Pikmin 4 was announced and released within 2 months of each other. My prediction is that a 3D Zelda collection will be released like Super Mario 3D All-Stars was for Mario’s 35th anniversary since the Zelda series turns 35 this year. Honorable mention goes to No More Heroes 3 which is set for release sometime in 2021.