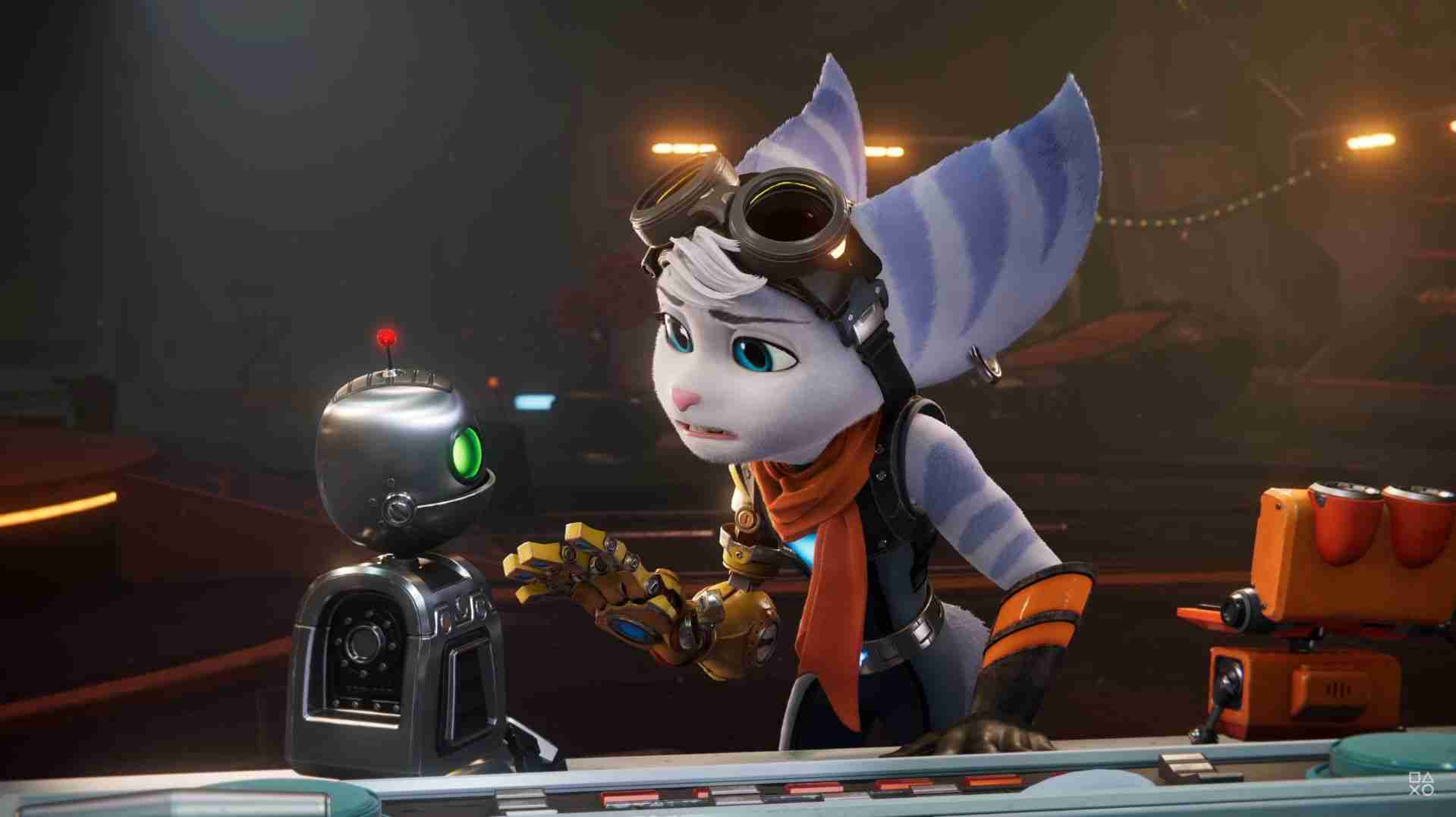 During the following section, Creative Director Marcus Smith elaborates as the gameplay is demonstrated. Starting during the Ratchet and Clank section of the video, we see how Ratchet finds himself in Nefarious City looking for his partner Clank, who is later revealed to be tagging along with Rivet, a female lombax. Rivet will also be a playable character in Ratchet and Clank: Rift Apart.

Throughout Ratchet’s traversal of this seedy and visually refined city, we see a display of new mechanics, wall running, and dashing. These allow for added mobility during combat and when traveling throughout different levels. And alongside these inclusions, you can now use the newly implemented Rift Tether. Allowing you to hook into portals and be able to bolt from place to place.

There is an expanded arsenal of different weapons and gadgets, and this is where a lot of the Dualsense’s capabilities shine the most. In the video, it is explained how the haptic feedback will make you feel the power of your arsenal. And there will be weapons that will fire differently depending on far you pull the triggers.

During a fight with an enemy called Nefarious Juggernaut, Ratchet is teleported onto a completely distinct area. This area turns out to be an actual level from the game that loaded in seconds and continued to fight harmoniously, thanks to the PS5’s SSD’s power.

Creative Director Marcus Smith continued to mention other aspects that will be included in the final product, however, these were not explored in great detail. One of such being a “slew of accessibility options” to which he elaborated on being revealed more eventually.

There will be large open regions which will be available to explore.

There will be armor to acquire.

And making its way into the omniverse, photo mode.

According to Marcus Smith, this entry in the series will be ideal for both returning players and newcomers to the series Ratchet and Clank: Rift Apart comes out exclusively for the PlayStation 5 on June 11th.

Unsurprisingly Abandoned Gets Another Delay.