NEOWIZ Sale On The Nintendo eShop INDIE Live Expo, Winter 2022 Crisis Core FFVII Reunion Digital Preorders Are Live Fast-Paced Beat’em Up Jitsu Squad Releases Soon On PlayStation & Nintendo Switch Warhammer: 40K Inquisitor Martyr- Sororitas Class DLC
When I was tasked with this Shing! review I was very excited. I naturally gravitate to beat em up games. This year we were treated to games like Streets of Rage 4 & Battlestoads which placed me in gaming heaven. Shing! however, brought a much different feel to the table that these other beat em ups did not. It was quite refreshing, also NSFW. 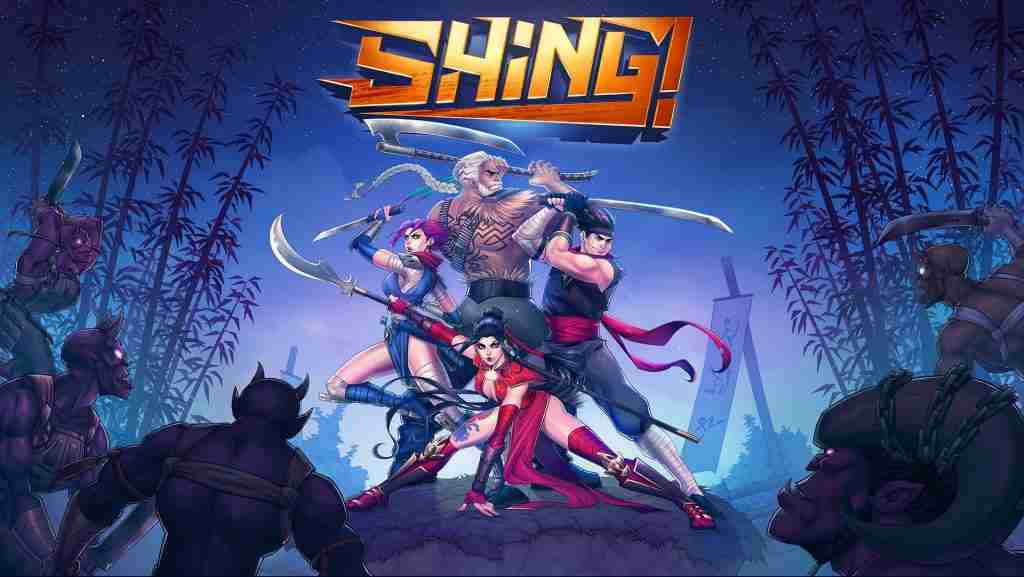 In Shing! you play as a quartet of Ninjas fighting against an invasion. As you progress through the game you notice the many attempts at adult humor. Some funny, some extremely misogynistic, and others just plain..meh. Speaking of misogyny, some of these characters are seemingly created by a prepubescent teenager. For example, Bitchiko. Yes, this is the name of an actual character. Ironically this was my favorite ninjas to play with however, it was hard to get passed that name. Shing! went heavy on the sexy ninja. Granted this may not really be a negative for some, but for me, it seemed as if it was created to distract. As a fan of the beat ’em up genre, I want my main to be on the fighting. Which Shing! actually does fairly well. Instead of button mashing, the fighting is based on the use of the right thumbstick. Moving and rotating it in particular directions is how you fight and pull off some pretty sweet combos. 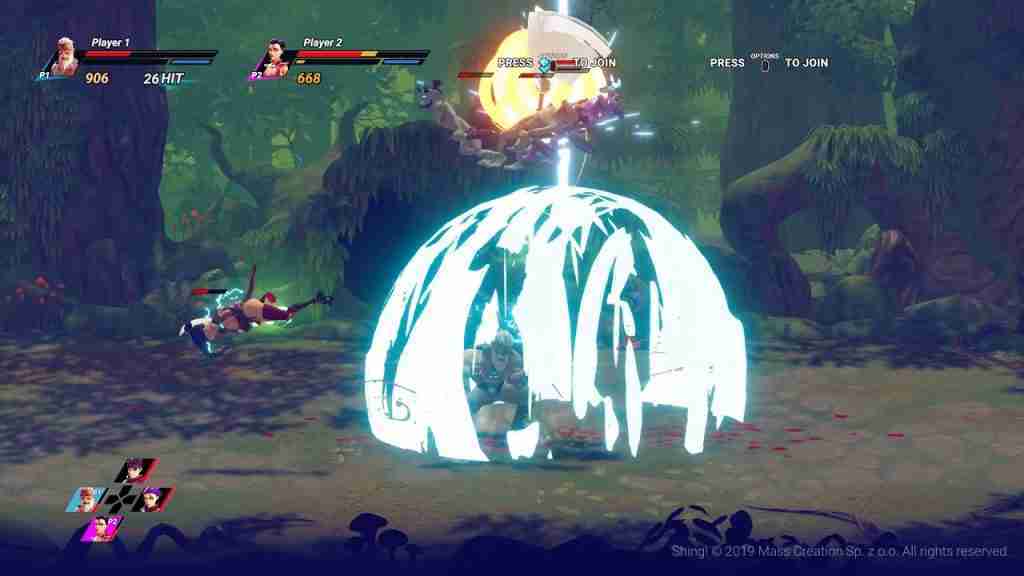 Like many beat em ups each level ends in boss fights that require you to more than just hack in slash. For example, the first boss fight will face you off against a hulking creature that uses the smaller minions to power itself up or hurt itself. You must be able to defeat what makes it stronger while tricking it to eating those that make it sick so that you have an opening to do damage. This title also provides optional challenges throughout some levels. Allowing you to earn some items if completed. These are a great way to take yourself out of the grind of the adventure. Shing! does offer co-op if you would like to play with a friend. It does not change much as far as gameplay besides you will not have access to all characters at once as you switch out if your health is low because your co-op partner is using the same characters as well. Overall Shing! is a good game with things left to be desired. Dropping the sexy, and adding to the story and gameplay would be a great 1st step to a sequel.   Game code (Steam) provided by the developer.   <—Previous Review | Random Article—> Leave some suggestions on what we can do better or change. Interested in writing, editing or just being a part of Lv1 Gaming? CONTACT US HERE! Be Superhero and Like, Share and subscribe to the YouTube channel. Go Tomb Raiding and give us a follow on Twitch as well! Twitch.tv/Lv1_gaming Would you kindly follow us on twitter at @Lv1Gaming Also follow our Facebook page!
19.99