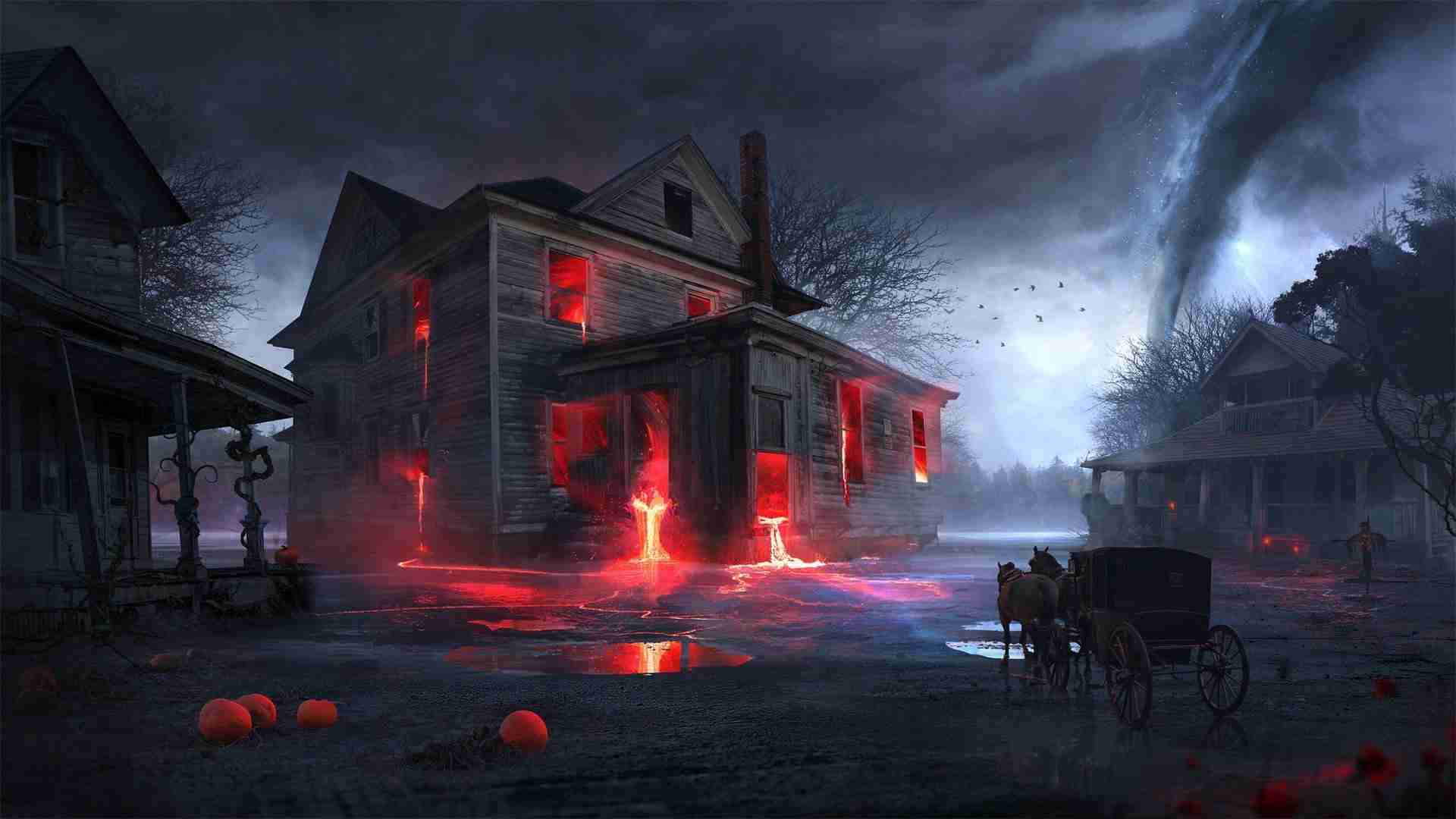 It’s a wonderful time of the year~ And by that, I mean…SPOOKTOBER! Being the horror lover that I am; this is absolutely one of my favorite months. Not to say I don’t watch, read, play, breathe horror any other time of the year, but October is a spooky month and I’m always here for it!

Of course, being the self-proclaimed horror aficionado, that also goes towards video games. The problem there (everywhere really) is choosing a favorite. There are the classics like Silent Hill, Resident Evil, Siren, etc. Then some newer games like Visage, Phasmophobia, Chilla’s Art Games, and Puppet Combo. And yes, I know the last two aren’t games but studios, but…come one, they make overall great horror games and I refuse to pick just one!

That being said, it really is hard to choose a favorite, I could go with Resident Evil or Silent Hill, those games are what brought me into the horror genre and cemented my love for horror. Or I could go with Visage, the game that made me scare myself! Seriously, I scared myself more than the game scared me; I got so caught up in the environment/ambiance that I turned around saw a covered mirror, and screamed and jumped.

In the end, I’ll go with Resident Evil. Say what you will, but I feel with the remakes and how RE7 and Village went, the series is getting a revival and, from what I noticed, bringing in new people into the series as well. My hopes are renewed for this series and I can’t wait to see what’s next on their list!

Resident Evil 2– The game that introduced Leon Kennedy to the franchise. The game was originally launched back in 1998. And newcomers to the franchise were introduced to the game in 2019 with the launch of the remake. This franchise was one I always returned to and along with the original release and its 2002 remake and Resident Evil 4 this was the title I played through the most.

However, the second installment took most of my time for the franchise. It was at the time my first proper introduction to survival horror and it made a mark. It had the suspense, the fear, the terror, and more. The story was first-rate. It also added a different dimension of fear and suspense with a certain Mr. X. He could come at you anytime, meaning a lot of areas previously you could take a breather no longer has a safety net or chance to catch a breath. It’s also a game that’s been an inspiration for later games over the years but none surpassed the horror of Resident Evil 2. It’s a game I can picture certain parts from the original release even now over 2 decades later.

Layers Of Fear– Picking just one game was really hard for me because I love spooky games. If I absolutely must narrow it down to one, I’m going to let Layers of Fear take the top spot on my list. There have been other games that help define psychological horror with spooky ambiance and plenty of jump-scares, but Layers of Fear was the first game since Silent Hill that truly made me question my own sanity.

Sure, there are a few jump-scares littered throughout the game, but what makes Layers Of Fear stand out from the other fodder is that the environments and objects seem to change and move when you aren’t looking. Nothing could have prepared me for the first time I entered a room at the end of a hallway only to turn around and find the doorway I just came through is now a solid wall, and turning around again reveals the room has been totally re-arranged from when I first walked in.

Layers of Fear is relatively short at just over 3 hours to complete, but the short duration prevents the game from overstaying its welcome and moves the plot along at a nice pace. If you’re looking for a short combat-free game that will haunt you long after you’re done playing, you can’t go wrong with Layers Of Fear. Or just about any game by the Polish developer Bloober Team for that matter; Layers of Fear 2, Blair Witch, and The Medium are all really solid games that go beyond the casual jump-scare to slowly work their way into your nightmares. You can find me on Twitch playing a variety of games and a different spooky game every Saturday night at https://twitch.tv/Online_NPC.