Deadpool Joins Marvel’s Midnight Suns In DLC Football Manager 23 Finally Gets PS Release Date Over 100 Side Quests In Hogwarts Legacy Is a Smaller PlayStation 5 on the Horizon? I’ll Wait and See System Shock 2 Free With PC Remake Preorders
Once a month, the editor team likes to shine a spotlight on some of the talent here at LV1 Gaming. It gives us a chance to let you get to know some of our amazing staff, as well as for us here on the editorial board to get to brag on them a little To kick off this new segment, we’re going to be taking a look at our good friend Nicola Marseil   So tell us Nick, just who is Nicola Marseil? I don’t know how to answer this but… I’m your everyday gamer, Italian, 27 years old.   Haha no, I mean what’s your background? More along the lines of an introduction for who you are to our readers. Oh, well I was born in Sicily in 1993 and moved to NYC in 2012. I go back and forth every time I have a chance.   Fair enough. So what does your gaming background look like? My very first console was the Nintendo 64 I believe. It broke very soon so then we got a PlayStation and that’s been my primary platform since then. The first time I saw my cousin play Crash Bandicoot that was it. He gave me the controller and I remember being lost and overwhelmed by the number of buttons on the thing. Dino Crisis was a biggie for me on PS1 and probably made me the gamer I am today. The game even got my parents playing with me for a bit which is extraordinary if I think about it because now they hate videogames and the fact that I still play them. Then we got a PS2 where Kingdom Hearts had the biggest bonding role. I struggled to get a PS3 because of how expensive it was, but I managed eventually and Uncharted became the game that made all the efforts worth it, as well as GTA IV. PS4 was the obvious choice for me this generation. Fresh of Last of Us, GoW 3, inFamous, MGS 4, etc I just couldn’t wait to get my hands on the thing.   Are there any gaming-related challenges with moving from Italy to the US?  In the gaming space, the biggest challenges have been simply finding somebody out in the real world that was just as passionate as I was. Many of my friends did play the Fifas and Cods but outside of those they were really out of touch. My parents, as I hinted before, hate videogames. They always thought they were a waste of time and they make me uncomfortable whenever they bring up related criticism. Of course, up until the end of the PS3 era, I was still very much dependent on them so the economic difficulties just enhanced the overall scenario. My PS1 collection must have counted about 5 or 6 titles. PS2 about 15 and PS3 about 20. On PS4 I now own more than 300. 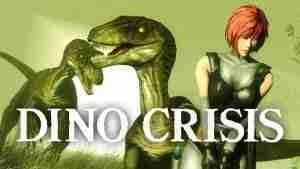 I understand that. Outside of gaming, what are some of your hobbies? Outside of gaming as you can see I like to write. I erratically like to work out or go for a jog and… I watch a lot of movies. Nothing crazy or over the top as you can see. Oh yes, I love to travel, I like exploring new places just as much I enjoy exploring open-world games.   Tough question. What are your definitive, top five favorite games? Top five favorite games… mmmm Bloodborne: The emotions while playing this game as well as the doors that it opened to other genres for me was insane. Persona 5: I think Persona 5 is so high up here because it was a game I expected to hate or be bored to death with it. But it made me bond with so many relatable characters, the story and the plot twists are so amazing. There is so much content and I’m so glad this was the first turn-based jrpg game I’ve ever played. The Last of Us: A game so simple in premise, and straight forward in its execution but narrated so well. Game is grounded, characters have weight, they grow, and change, making for something that’s incredibly put together. I could never forget Joel and Ellie, ever. Kingdom Hearts: KH came at a particular time in my life. I was young but in that transitionary phase between eras. I remember waiting to open it up for Christmas, going to the closet where my parents thought it was hidden from me and trying to take peek inside to catch a glimpse of the cover art. KH for a boy of my age combined a remarkable number of elements that just made it unforgettable. I spent hundreds of hours with it, I remember all the characters and the music of the main theme will never grow old. Dino Crisis: Dino Crisis was the first game that made me go “Wow, games can do this?” It had all my family involved. We were all in into it. Trying to solve a puzzle or open a door with those damn HDD codes, getting scared at the T-rex breaking through the window and my mother trying to cover my eyes as a gruesome scene was happening. A remake of this game would have me die of joy.   If you could bring back any old game franchise, pick the director and studio to make it, who and what would you pick? Oh, easy. Dino Crisis. Shinji Mikami and BluePoint Games.   Want to support Nicola? Check out his latest work and all the rest of his endeavors
What’s your Reaction?
+1
0
+1
0
+1
0
+1
0
+1
0
+1
0
+1
0
Facebook Twitter Email
👁️ 98