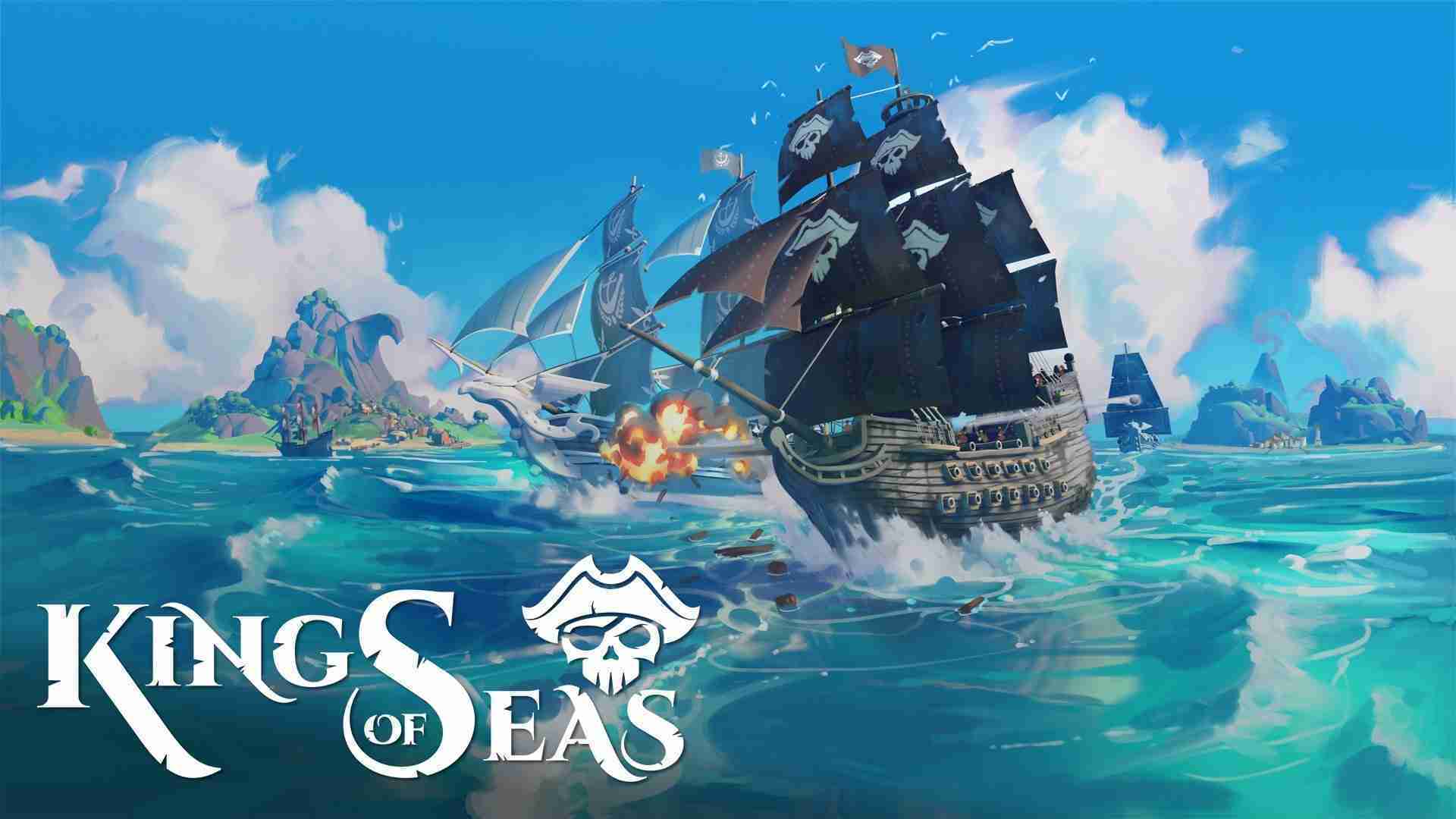 I was provided a code that granted me access to a 45-minute Alpha Preview of King of Seas, which was the basis for my opinions

King of Seas is an upcoming action-RPG title developed and produced by 3DClouds. As the title implies, the game let’s you assume control of your very own pirate ship as you set sail to make your mark on the world and clear your name (more on that later). Although no official release date has been set, 3DClouds has said that you can expect to unfurl your sails and begin your adventure in early 2021 on Windows PC (Steam), PS4, Xbox One, and Nintendo Switch. 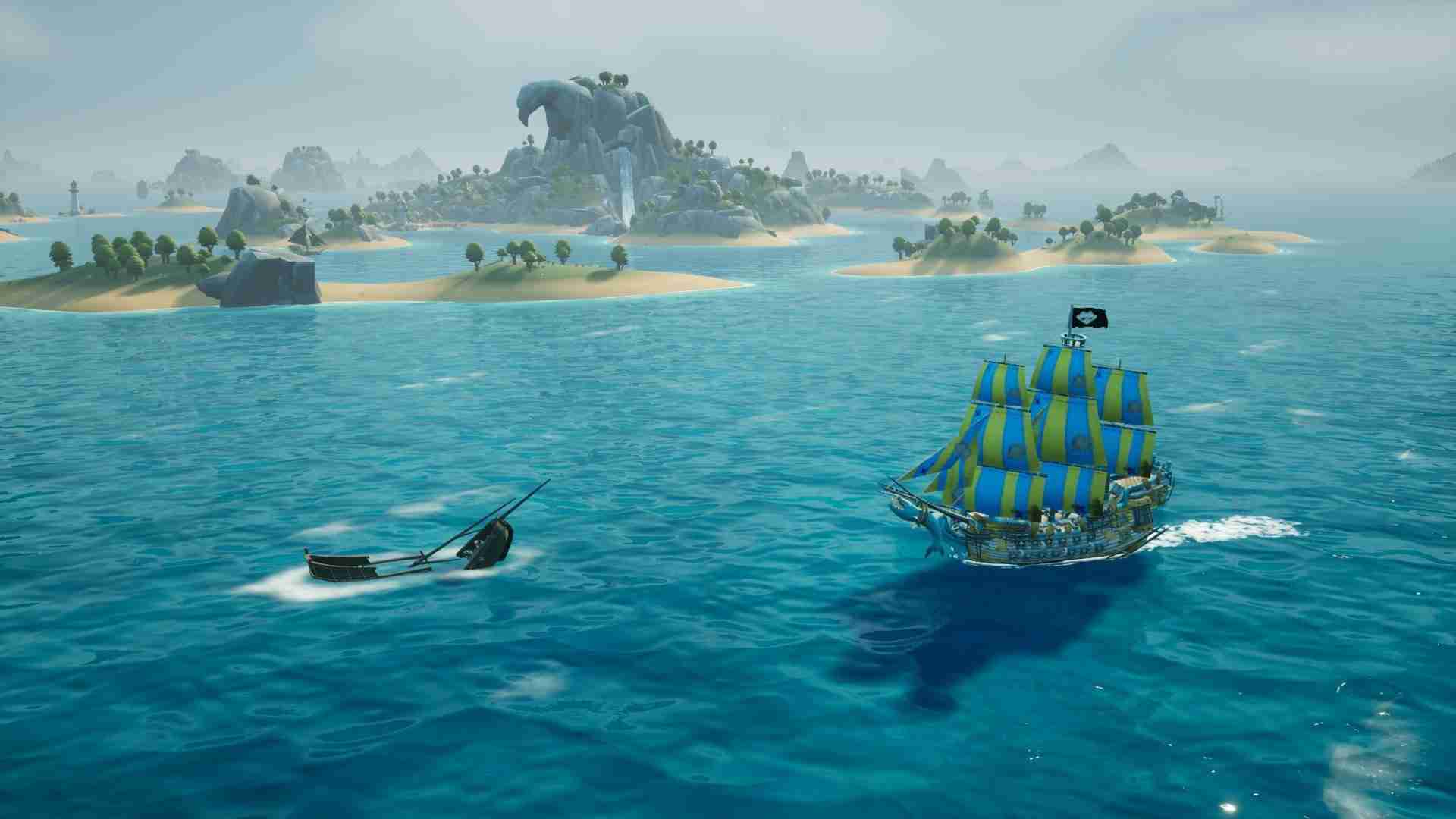 On the visual side of things King of Seas doesn’t drop any jaws, but does still manage to create a pleasing and enjoyable view. As you sail across the seas you will encounter various island landscapes, ports, fortresses, and other features that are all wrapped in rather simple textures. That being said, the “look” of the game itself is not a bad one and has a certain charm which I think fits the mood and theme quite well. The layout of the world itself appears to be procedurally generated and I did not encounter any instances of pop-ins, failed textures, or any other graphical issues. All said I would describe the graphics as simple, neat, and pleasant. My experience with the in-game audio, also very limited of course, was overall satisfactory. The only knock I would give is that it seems none of the dialogue in game is voice-acted, which means a whole lot of reading. 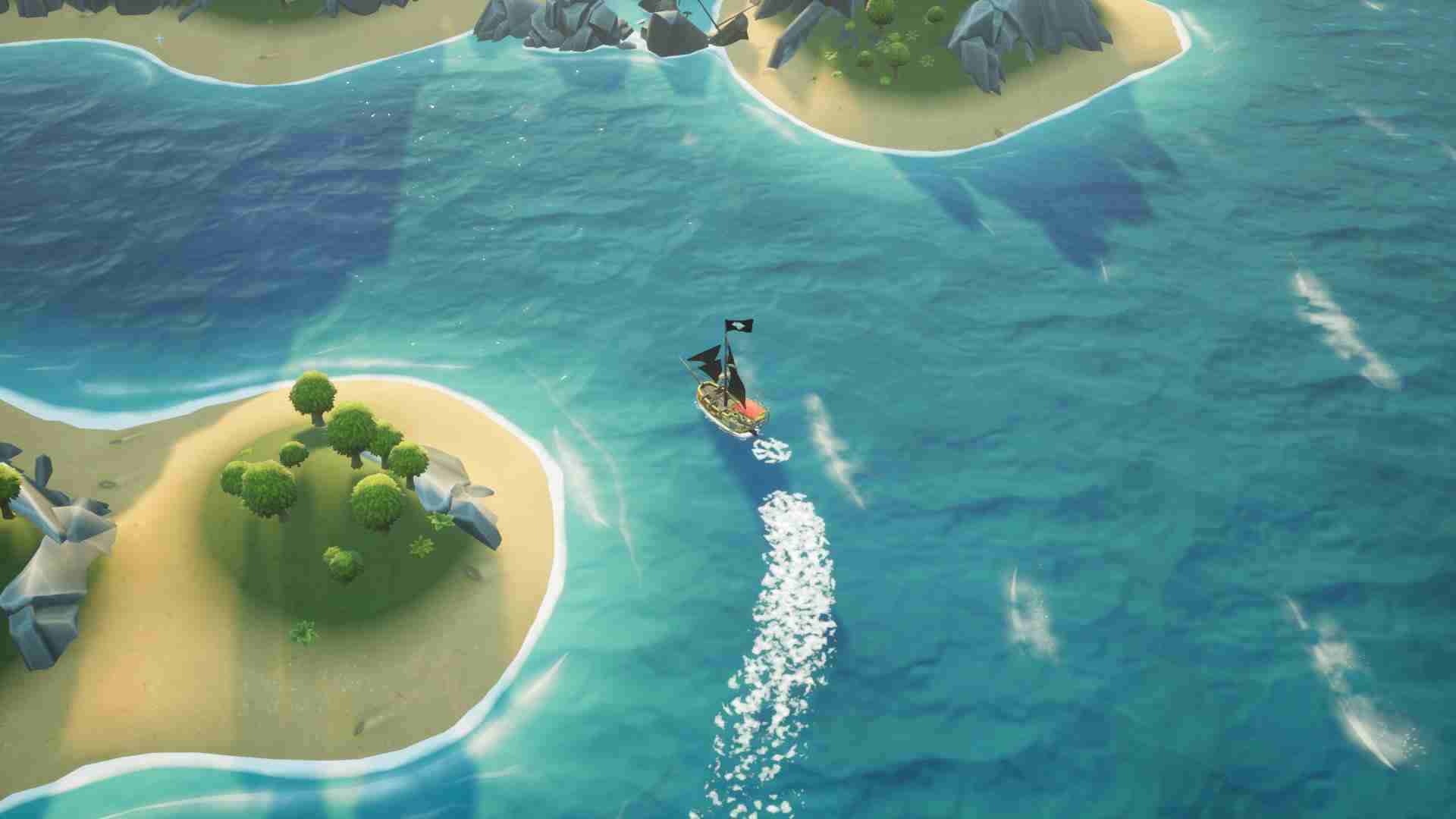 Though my time with King of Seas was very limited, I do believe it was a good enough snapshot to show some key potential pros and cons to the gameplay itself. The primary essence of the game appears to revolve around navigating your ship across the seas and engaging in naval combat. Whether it is to escort a friendly ship across troubled waters, raid a merchant vessel for booty (valuable goods, of course), or fend off the unrelenting naval forces, you will find yourself frequently firing cannons. I found the execution of the combat quite fun, and enjoyed trying to outmaneuver my opposition and get myself into position to fire off another volley. Though the controls themselves were pretty basic, King of Seas did showcase the potential for more in-depth combat by offering various types of ammunition to target either hulls, masts, or crew. With the addition of special abilities granted through the ship and certain members of the crew, there seems to be another layer of strategy to the combat that will become more pronounced as you progress. Trading goods from one port to another, and recruiting new crew mates at their respective taverns also seems like it will be an integral part of the game. While all of this seemed fairly good, there were a few aspects that I think could become troublesome or frustrating during an extended playthrough.

One such area, is in the unintentional inclusion of other ships in your fights. While I tried to keep aware of my surroundings before jumping in to any fight, there were still instances where random passersby would merrily glide right in between mine and my enemies’ ships as we were launching off cannon balls. I also had a few occasions where I was attacked by the naval forces while simply sitting in a friendly port, which seems to indicate there is no “safe space” to rest (habitual afk-ers beware!). The worst offense however, was a total lock-up I experienced during my first playthrough of the tutorial. I had to manually end the process for the game itself and restart it to resolve it. Given that this only happened once, and the early access state of the game, I hope this was a minor hiccup and not something that will be an issue upon King of Seas’ official release. 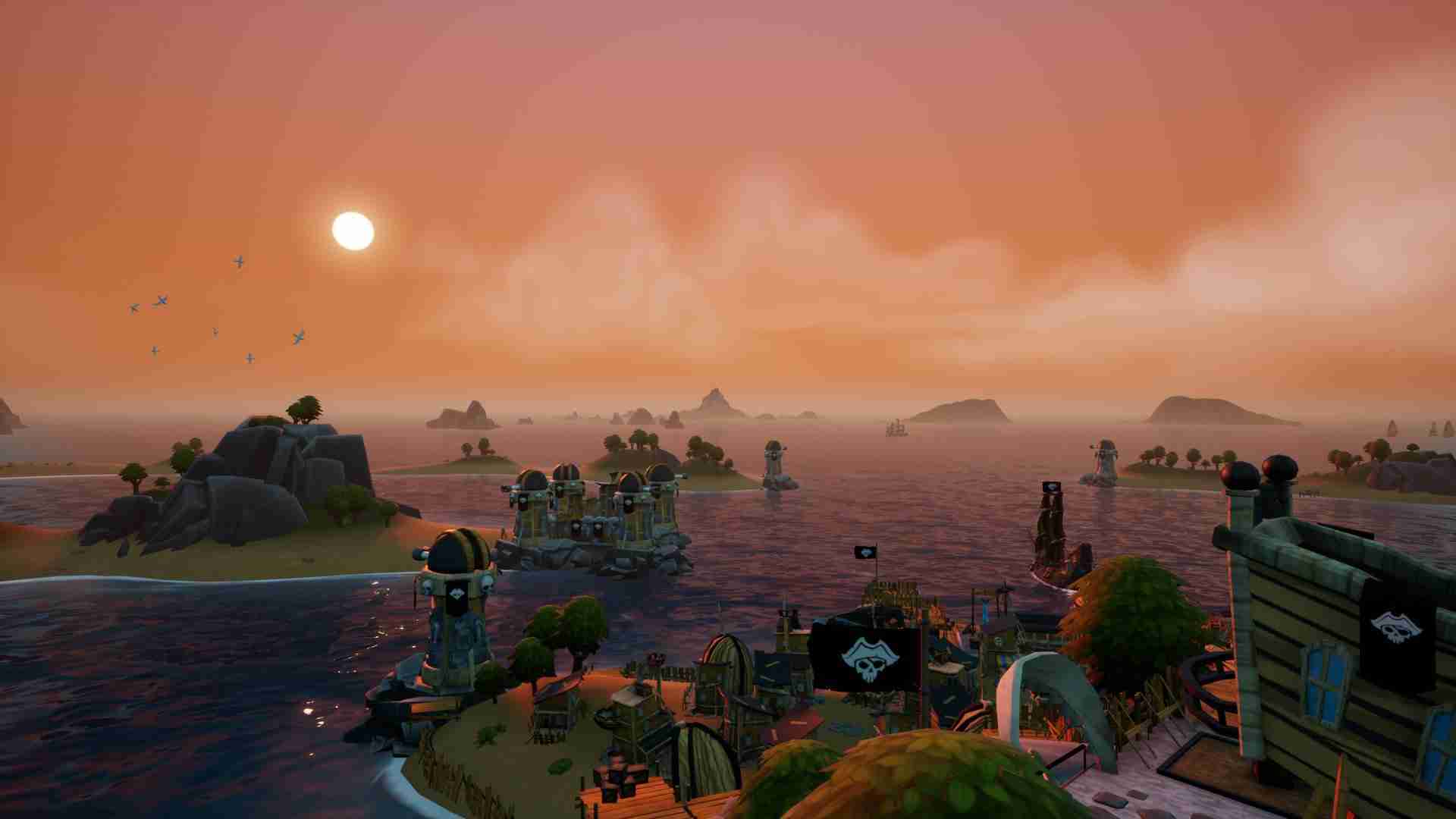 What I was able to glimpse of King of Seas’ story seems fairly straightforward. You play as either Luky or Marylou, the children of a King and ruler of the naval forces you encounter in the world. If you choose to play the tutorial, which I recommend, you being by completing a simple errand for the Kingdom. Upon your return to the Kingdom and your home, you are surrounded by the Royal Navy and accused of playing a part in the King’s apparent assassination. Without much talk, the navy opens fire and sinks your vessel presumably leaving you for dead. The nature of the whole exchange, and the fact that you were absent from the Kingdom during the whole ordeal, points to you being framed by traitors within the Kingdom. After being rescued by pirates and taken to their home port, the story truly begins. This was really all I could experience in my limited time with the game, but it is worth noting that selecting either Luky or Marylou seemed to have no impact on the story itself. The character choice being seemingly superficial aside, it seemed to me that the story of King of Seas would neither be a huge boost nor a big detriment to the game itself. 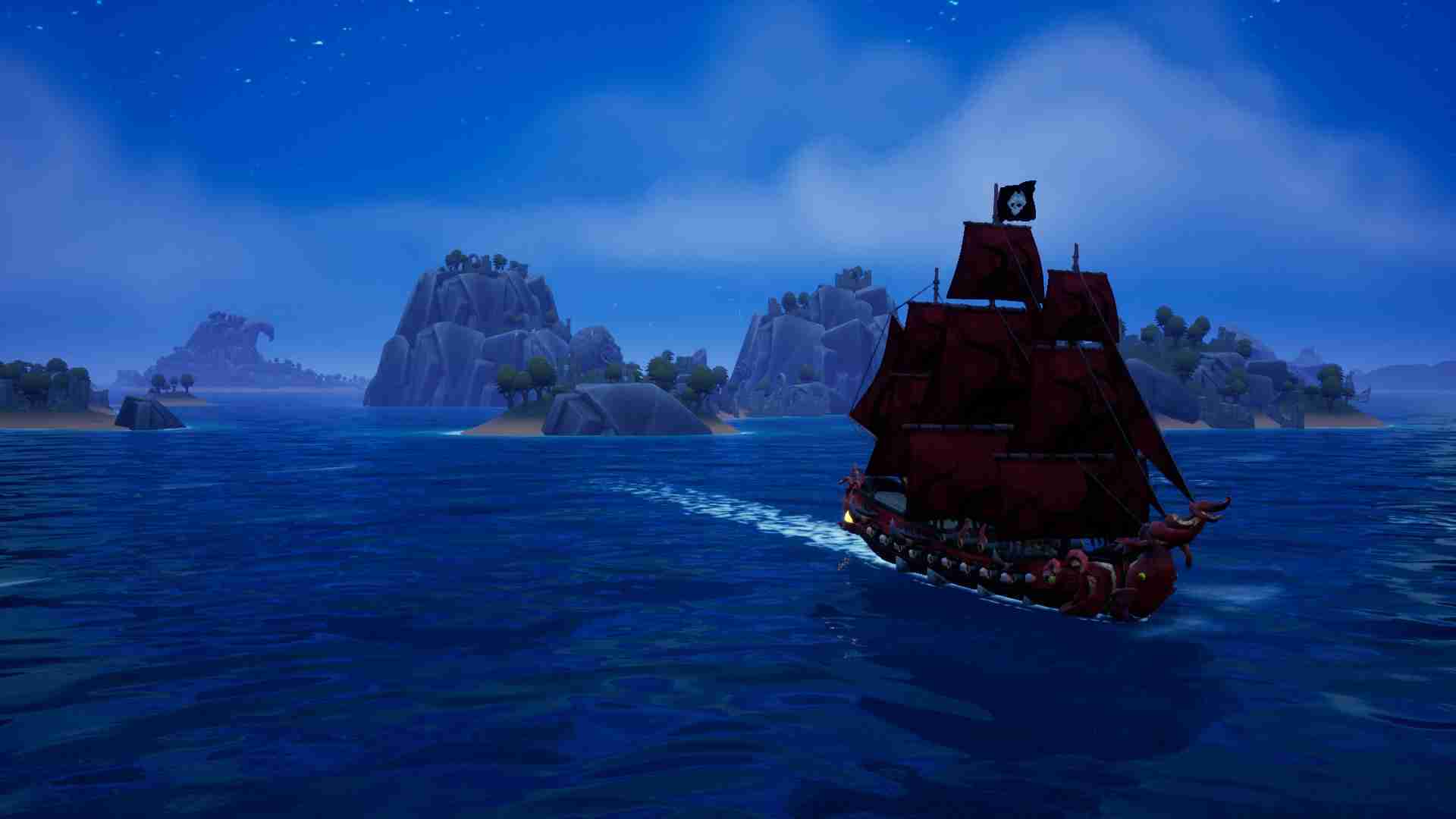 Again, it is important to emphasize that my time with King of Seas was very brief, and prolonged gameplay could very easily swing my opinion in one way or another. However, with what I was able to see and experience I am willing to say that it is a game that is certainly worth a try. I think the real deciding factor will come down to the game’s price point, which has yet to be revealed. I’ll go on record as saying that if made available for $20 USD or less, the game is something you should certainly go for if you are hankering for some piratey adventure; anything over that and this may be a game only for those who wear an eye patch daily. I would definitely at least like to see and experience more of 3DClouds’ King of Seas, and hopefully soon we will have an official release date to work with.