NEOWIZ Sale On The Nintendo eShop INDIE Live Expo, Winter 2022 Crisis Core FFVII Reunion Digital Preorders Are Live Fast-Paced Beat’em Up Jitsu Squad Releases Soon On PlayStation & Nintendo Switch Warhammer: 40K Inquisitor Martyr- Sororitas Class DLC
Sony just wrapped up their latest Playstation 5 showcase, providing new looks at a whole slew of titles. Games like Final Fantasy XVI, Spider-Man: Miles Morales, and Demon’s Souls, all received trailers. Yet, one of the most notable games that wound up not appearing in the main part of the conference, was Housemarque’s Returnal. Back in June, Returnal received a brief two-minute gameplay trailer which teased the games sci-fi world. The game throws the player into a hostile alien world that changes each time the main character dies. Some brief snippets of the moment to moment gameplay in the trailer, see’s the player engaged in high octane third-person shooting. And with Housemarque, satisfying gunplay is the least of gamers’ concerns. The team’s track record speaks for itself and has garnered faith to continue to provide great gameplay. 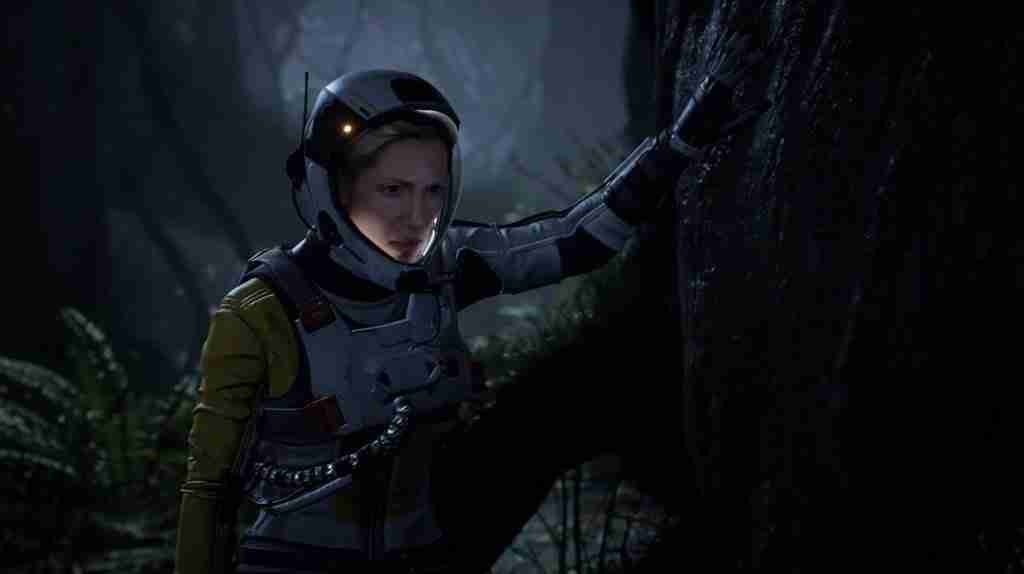 But, aside from their announcement trailer, there hasn’t been much else to grab onto since. While not much, the PlayStation 5 September show did provide another tease for fans to speculate about.

A Look Into The New Returnal Gameplay

Although, only the briefest of clips, there are still some things we can gleam from this new Returnal gameplay. There are a few things that immediately stand out, such as, the game appears to have some open-world elements. On the bottom right, a mini-map is displayed with a question mark icon usually signaling an undiscovered location. There’s no word on just how much of an open-world game this is, like are we looking at a Ghost of Tsushima kind of world? Maybe this even opens the door to possible side quests and side activities? Even if it doesn’t, it’s reassuring to know that there will be some form of exploration and chances to get lost in this world. Which seems like quite the departure for this team but its a welcome change of pace for sure. Aesthetically, both the color palette and the design of the monsters, have struck this balance of otherworldly, lovecraftian style of horror, that quickly resonated with me. There’s also a hint of the UI with icons to change ammo or weapons appearing on the screen. While there’s not too much to take away, it’s nice to know they’re keeping it as minimal as possible. It’s not every day that studios get a chance to create something so radically different from what they’ve made before. However, these are the kinds of risks that can help innovate and push the industry forward. Hopefully, this is a risk that pans out for Housemarque and this becomes their breakout title.
What’s your Reaction?
+1
0
+1
0
+1
0
+1
0
+1
0
+1
0
+1
0
Facebook Twitter Email
👁️ 89