Hell Hunt is a “new retro” FPS inspired by the iconic 90s shooters like Quake and Blood. It tells the story of a Demon Hunter entering hell for revenge. Packed with classic elements such as key cards with secret areas, no health regeneration, and a large arsenal of demon destroying weapons. At the same time, Hell Hunt also has modern skill-based FPS mechanics, such as powerful attack abilities, special movement abilities, and upgradeable weapon systems. Features: *I will be posting a Q & A with the Developer following this*

A new short tutorial level has been added in this demo, you can now fully experience the features of Hell Hunt.

The demo is available for download from itch.io Playing and talking about this game it’s hard not to talk about its inspirations. In turn, it’s also hard not to talk about the other games in the “new retro” genre. Over the last few years, there has been a rise in the “new retro” shooters game. From Ion Fury the first new game to be built on the Build engine in 20 years to the plethora of indie games. Dusk, Amid Evil, Headon, Project Warlock, and Nightmare Reaper just to name some of the most popular in the genre. These types of retro shooters are a dime a dozen but once in a while, one springs up with unique concepts and execution. Hell Hunt by T19gs is just that game that has enough to stand out but if you are a lover of the classics it’s similar enough to not be alienating. With all the staples of the genre but a few twists that make it a must-play at least in this humble reviewers opinion. New fans of boomer shooters or old heads will find something to love about Hell Hunt.

My Experience With The Game

Right off the bat, my experience with the demo is a good one. I had no issues or anything go wrong. The demo is the first 2 levels of the game and a tutorial section at the beginning to introduce you to the mechanics of this demon-slaying adventure. From the bullet time to the ability to connect your swords and throw them like a javelin everything just feels right. No, not the Anthem Javelins. From the moment the game-opening into the tutorial, it was like I was transported back to the early ’90s with the look, feel, and sound of the game. I felt like I was playing Hexen or blood both iconic games from the DOS era. Like the games it draws inspiration from the story is as basic as it comes but that doesn’t take away from the game. I’m out of bubble gum and there are demons that need to die. Maybe once the game comes out or as the game progresses in development more a story will come out. At this time I think the point is just to be a kick-ass demon slayer. You know what I’m fine with that, sometimes you just need to go on a demon-slaying rampage that isn’t a big title like the Doom series. Hell Hunt has an amazing feel to it. The combat just feels right and I know that kind of sounds dumb but it just feels good to play. The movement is fast and responsive, the weapons have a good weight and kickback to them and the powers feel like they matter and have a purpose in the world. Even the non-regenerating health made sense here and didn’t feel punishing. There is plenty of armour and health spread out so you’re never in an unfair bind if you’re smart. I played in normal so maybe at higher difficulties like hard or nightmare, it would be different. Every skill like the sword throwing, the jumping, and quick dashes has a place in the world and they feel natural to execute. Let me tell you that the quick dash saved my life more times then I can count. Remember to save often! As of right now, there is no autosave something I frequently forgot about.  I know it is something the older games did but I think in the modern era and be ditched and autosave and manual saves can work together. 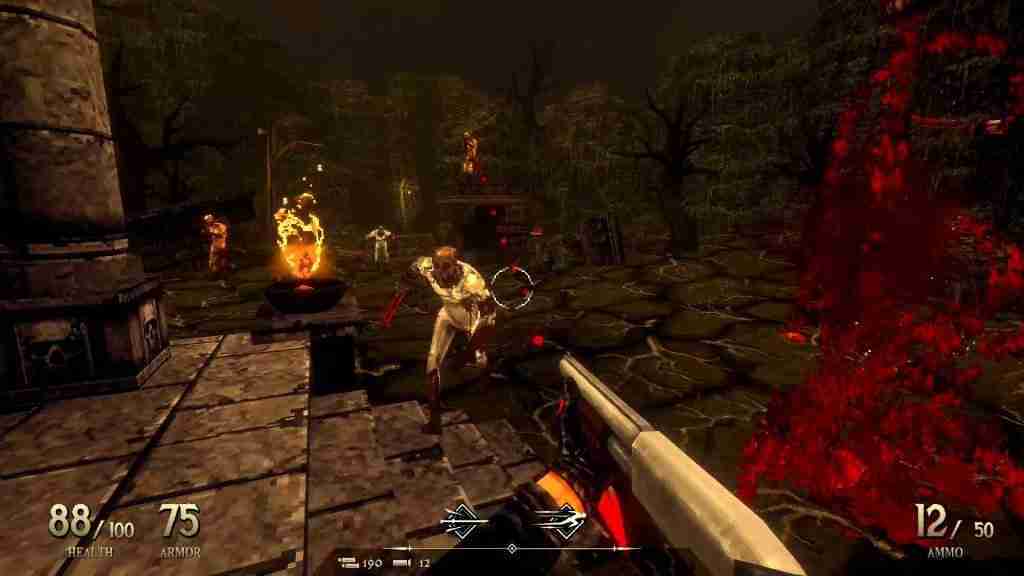 The enemies are all distinct and have their own looks and movements. From the small fodder demons to the hulking behemoths that charge you. Each and everything feels like a threat however, a threat you can manage if you play right. There’s so much detail and care put into the enemies and environments that most time you will be flying through. Everything feels like It belongs in the world, nothing makes you stop and question why it’s there or takes away from the world. The ambient music just adds to the overall hellish feel of the game. Sometimes you may not be able to hear the in-game music. The guns will be firing and honestly, the sweet sound of a double-barrel shotgun firing into a demon is all the music I need. I had solid framerates throughout the entire demo. Including no dips even in crowds of zombies or when bullet time would kick in. Performance is definitely not an issue here in Hell Hunt. My one gripe would be environment distinction. I’m partially colorblind and it took me forever to find the underwater passage in level 2. I just couldn’t see it and the fact it’s underwater where everything had a water filter and was all pretty much the same color didn’t help. Undoubtedly, a small tweak should fix that right up. I could also be the only one that suffered and it could be a me issue. The game still has a ways to go in terms of refining some of the combat and presentation. However, Hell Hunt is so far a beautifully done game that feels like fun and I was sad at the end of the demo, I wanted more of the game. I can see myself sinking hours into the full release trying to get that perfect flow to combat. 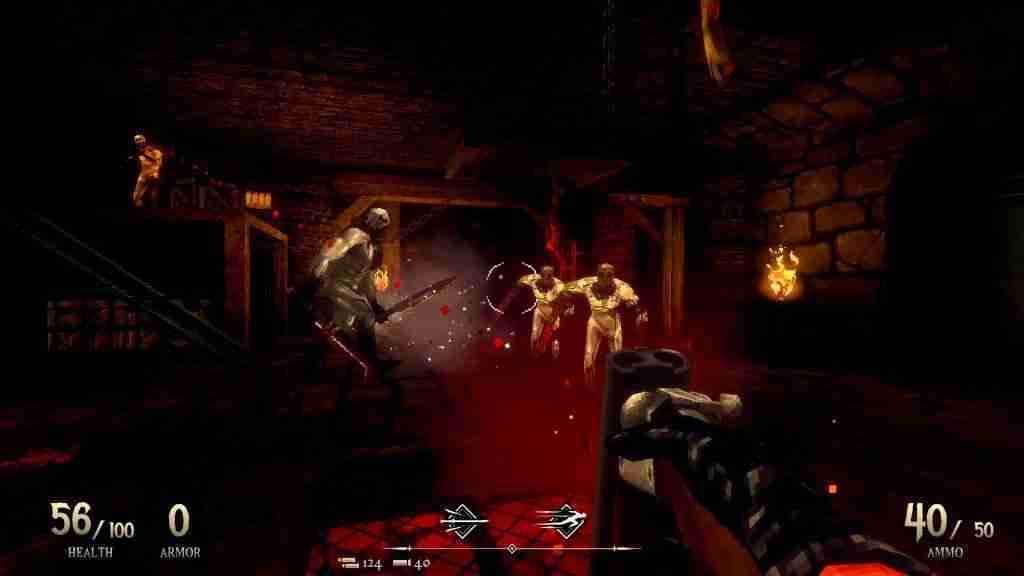 Should you play the  Hell Hunt Demo? Yes, I think you should if you love fast-paced action-filled shooters. Retro fan or not I think this will appeal to a lot of PC people. There is no release date yet but Lv1 Gaming will be following this game closely and will update when more news is available. Stay tuned for the Developer Q & A! What do think of Hell Hunt? Have you played it? Do you like the “new retro” shooter games that are making a comeback? Let me know in the comments section below! Stay tuned for more from Lv1 Gaming! <—Previous Demo Review | Developer Q and A—> Leave some suggestions on what we can do better or change. Are you interested in writing, editing or just being a part of Lv1 Gaming? CONTACT US HERE! Like, Share and subscribe to the YouTube channel. Give us a follow on Twitch as well! Twitch.tv/Lv1_gaming Follow us on twitter at @Lv1Gaming Also would you kindly follow our Facebook page!
What’s your Reaction?
+1
0
+1
0
+1
0
+1
0
+1
0
+1
0
+1
0
Facebook Twitter Email
👁️ 912

Shadows Of Rose Worth The Wait?