Winterborn studio is a very small talented 5 man team that’s turning a tabletop homebrew game into a full-fledged video game. Winterborn Studio was formed by Kent Gambill in January of 2019 alongside Moudy Hamo, Jack Steele, Stephen Boilegh, and Trevor Osz to develop Externus: Path of the Solari for PC and Xbox at the time of writing.

Kent has vast experience in the game industry with over a decade of experience in both AAA and Indie titles. Moudy is a skilled artist who has the talent to make the game come to life with a fantastical storybook style. Jack Steele is talented in back end development which helps bring Winterborn’s visions to life. Stephen Boilegh has the ear and knowledge to implement sounds in a video game and he wants to create an immersive rich world that sounds believable. Trevor Osz is an encyclopedia about the games industry making him invaluable with promoting Externus: Path of the Solari.

The website states “At Winterborn, we want to make the kind of games that we grew up playing. Our goal is to always have a complete story that you can sit down and enjoy from beginning to end. We also feel that everyone should be able to play our games and do our best to take accessibility into account as we design them. We hope that you’ll join us on this adventure and thank you.”

Externus: Path of the Solari by Winterborn Studio

Externus: Path of the Solari is the first game from Winterborn Studio. It takes a tabletop game created by Kent 15 years ago and brings it into the videogame realm with a fantasy storybook feel. As stated on the games website “Externus: Path of the Solari is a character-driven tactical roleplaying game (RPG) adapted from an original tabletop game.” They have taken inspiration from classic tactical RPGs like Fire Emblem, and Final Fantasy Tactics with a punch modern game development to craft characters you love and a story that matters.

Their approach is designed to allows you to control your party with strategic combat in fully 3D battlefields.  Party interaction and bonding are heavily encouraged through, campfire scenes and storybook sequences that call back to the original tabletop game.

“Our character-driven approach is inspired by games we grew up on that get to know the characters in your party.  We’re building Externus from scratch with our custom BroadSword Engine using MonoGame framework.” The Monogame framework is used in a lot of titles from Streets of Rage 4 to Axiom Verge and Stardew Valley.

In Externus by Winterborn Studio, you play as the Soldat Solari an ancient organization with small numbers that must drive the forces of the evil back. With the gods, gone war and terror ravage the land and the overhanging threat of the Abomination is everpresent. Death is permanent, each death will affect the party, the story, and the world around you. Fate plays a large part in the world, the balance between order and chaos is always in motion, swinging back and forth. Externus is in a time where two Gods have been slain by a powerful unknown enemy. Did Fate deem the time of the god’s over or was a hand forced and the Gods’ time ended before it was time? Are the Gods as doomed as mortals? Will the world succumb to the darkness of chaos?

The story of Externus: Path of the Solari follows Osmund Steele and his sons Alrik and Amante as they travel through the continents of Alcretia and Katrona. Osmund is part of an ancient order known as the Soldat Solari, a tradition he intends to pass down to his boys, that is tasked with keeping balance and order throughout the world of Externus.

My Experience Playing and Thoughts on The Demo

Downloading the demo from the Kickstarter was an absolute breeze and getting it running was similarly easy. Right out of the gate it is stated that this is a pre-alpha demo, that there may be bugs, glitches, placeholder art, and other early build issues. Things may be refined or removed altogether from the main game and there are also things not included in the demo we may see in the full game.

The characters are beautiful and crafted with attention to detail. The art is like a full-color storybook style something the artist and Designer Moudy Hamo specializes in. The unique and beautiful style plays on the whimsy of a fantasy world while drawing on some realism and 3D playing fields to ground it. A fully rotating camera helps a lot in this game where elevation and specific positions can have an advantage in battle. Each level is a handcrafted environment that all have their own feel especially between the different continents of Alcretia and Katrona. Crosshatching in the cutscenes and storybook modes also lend to the fantasy feeling giving Externus a unique but familiar vibe.

While some things are rough all the pieces for a great game are there and you can see where they are headed.  It was a very quick demo 30 minutes give or take in total. I did experience a glitch in my first playthrough with a menu staying on-screen and no matter what I did it wouldn’t go away, it blocked my view of the battlefield but I tried my best and played around it. I played twice to see if the menu glitch was a one-time thing and the second playthrough was buttery smooth with no bugs.

I didn’t feel the game was too hard or impossible to play. I will admit I’m not great a turn-based strategy game and usually die very quickly and often but Externus felt fair and just. I feel once the full game is out there will be some fights that are tough as nails but the overall game will be well balanced and built to be fair. The turn-based gameplay is a tried and true method of combat and here it continues that polished, fair ideology.

You are given 3 characters in the demo no matter how hard I tried I lost 1 in both playthroughs. Death affects the story, in ways that while a 30-minute demo can’t break fully into I could already get a sense for the implications it would have further down the road. In my playthrough, the campfire talk was more somber and they talked about the characters’ death. In the trailer it’s said not all consequences are negative, I can’t imagine what that twist in the story could be. Will you have to sacrifice a party member for the betterment of the world?

Powerful skills helped turn the tides in my favor in a battle as well as the effect terrain can have on combat. Using the skills though I did almost kill my whole party a few times but I eventually got the hang on things. Each character has skills unique to them and in the case of the sorceress, the skills were always way better than her standard attacks. The ability to chose your own path in storybook mode is probably my favorite part. In the demo, you’re allowed to choose between attacking in day or night both options having different outcomes and changes of tactics making some fights harder or easier depending on your actions.

I think overall this is gonna be a good, fair, beautifully designed and styled turn-based game. The art, story, mechanics, and other bits are all here and Externus has the bones to be a classic tabletop turned videogame. This was one of the better pre-alpha demos I have played and there is talent in the indie team and it’s clearly shown. I think with time and refinement this can be a hit. The demo is also more than just the first few levels of the game, it’s a prequel that will lead into Externus: Path of the Solari. It’ll give you a little bit of an introduction to the world, some of our characters, and have locations and battles not found in the final game.  Externus by Winterborn Studio is set for a summer 2021 release with the beta to be released a few months before that. At the time of writing, it will be released on Xbox and PC and then they meet a stretch goal on Kickstarter they will go ahead with PS4.

Further Information on Studio and Game

The studio is always putting out new podcasts, blogs, and social media updates. If you want to stay updated or get more information on the game they have a Kickstarter going: https://www.kickstarter.com/projects/winterborngames/externus-path-of-the-solari

Or you can check out the website for more info: https://externusgame.com 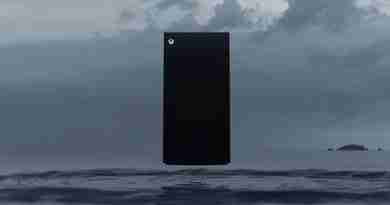 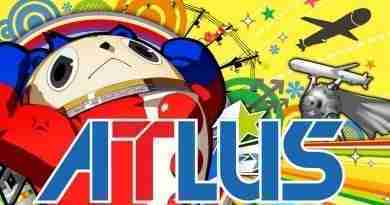 ATLUS Has a Steam Page

Marvel has announced some huge news for fans of Alien and Predator comics. Starting in 2021 the juggernaut of comics…