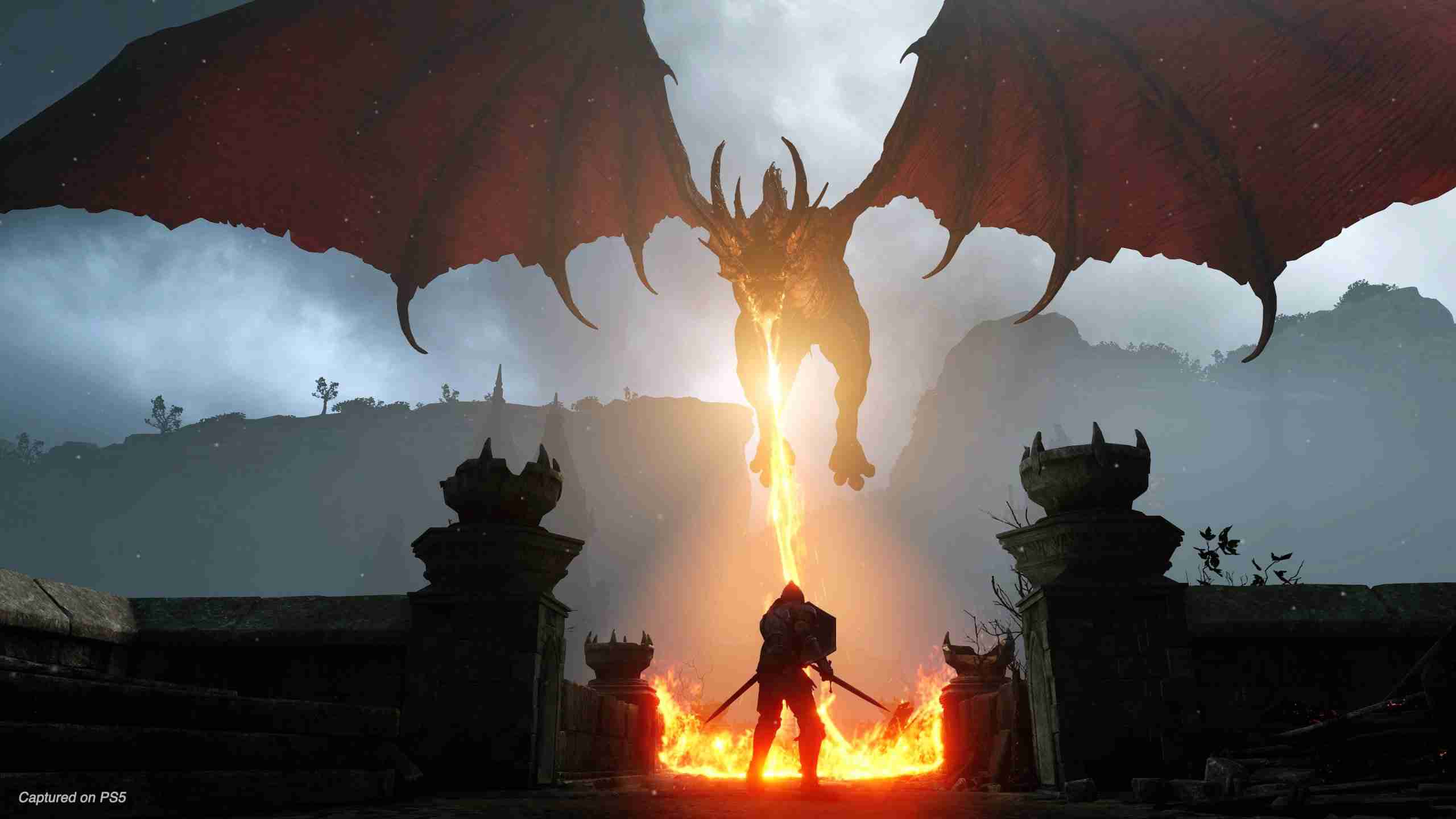 After only a week removed from release, the Soul’s community has already opened the secret door in the Demon’s Souls remake. Several reports began to emerge making mention of a secret door that wasn’t in the original game.Thanks to streamer Distortion2, the answer to what lies behind it eludes us no more.

With the release of the Demon’s Souls remake, players began adventuring through the games stages as per usual. Until they happened upon this mysterious door, not included in the original version, which lead to a community wide hunt to find out how to unlock its secrets. This concept isn’t a first for developer Bluepoint Games. Back in 2018’s Shadow of the Colossus remake, the team also added a new mystery. One that required the player to collect over 70 coins scattered in the world. Once collected, the player could open a hidden door that would net them access to a never before seen sword.

This rallied the community together to try to help each other find every coin. Here, it looks as if Bluepoint has done something similar once again.

The new door in question is located behind an illusory wall in Boletaria world 1-3. Once you approach the door, a prompt will come up saying the door is locked. Being that this was not in the original game, the Soul’s community smelled blood in the water and the hunt was underway.

The key to opening this door actually came in the form of a new item, the Ceramic Coin. The running theory pertaining to how the door would open was that the new coins played a key role, but the exact number of coins needed was unknown. So after hours upon hours of searching, experimenting, and securing over 30 coins, Distortion2 found the answer.

Distortion2, after collecting 30 coins, proceeded to hand them in to Sparky the Crow; one of the games npcs who trades items. The number 30 wasn’t a sure thing but thankfully, Sparky the Crow actually took the trade this time. In return, the Crow dropped a rusty key, which turned out to be the very key needed to open the door.

Afterwards, Distortion2 rushed to open the door which subsequently led him to his well earned loot. The reward he received for his efforts was none other than the Penetrator Armor. A set based off of the boss of the area with the same name. Also, it’s apparently a set of armor fans have been clamoring for since the original game’s release.

We solved the mystery of the hidden door! Thanks for making such a great secret to get all the community involved @bluepointgames Was awesome looking for the coins in SOTC Remake and again in Demon's Souls Remake 😀 pic.twitter.com/gNpozqEztJ

While the reward may not be as exciting as some theories that got kicked around, it still delivers something the fans wanted. For example, some had hoped this door would lead to a kit that would repair the 6th Arch-stone. While others thought the door would lead to some info on Elden Ring. However,  as is often the case, the hunt and the journey itself prove more exciting than the actual reward.

Nonetheless, it’s mysteries like these that truly add a pleasant new twist to video game remakes. Everyone coming together to work out possible theories, try out experiments, and see what works and what doesn’t. It’s actually pretty wholesome to see. Kudos to Bluepoint for implementing this, and kudos to the Souls community for piecing together this puzzle!