Sons Of The Forest Release Information Confirmed Xbox 360 Marketplace Titles To Be Removed Fntastic Forced To Delay The Day Before Discord Available For Beta Users On PlayStation 5 Primal Omen To Carry On The Dino Crisis Mantle
Damsel is a 2D platformer inspired by classic arcade games. Run, dash, and shoot as you fight to stop an underground organization of vampires that are illegally selling human blood. 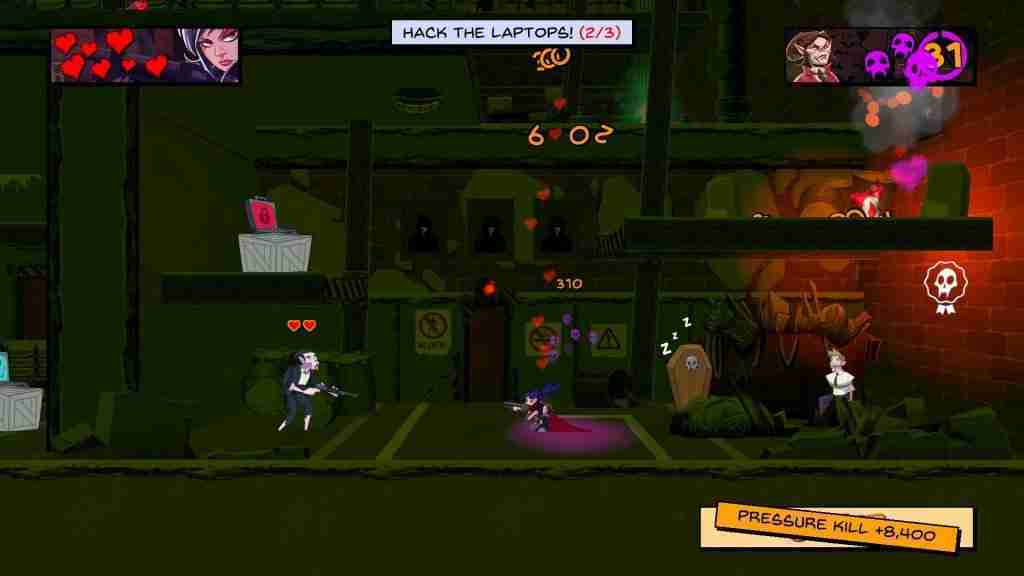 The comics at the beginning of each mission looked fantastic and added an interesting dynamic going into each new level. However, the graphics of this game weren’t that original and looked like they could be straight out of a generic asset pack. The overall look of the game was disappointing and didn’t live up to the hype of the mission intros. From a visual perspective, the game reminded me of flash games I used to play as a child on Disney Channel’s website.

The audio for the characters was really simple with one or two audio sounds per character type. That being said, I thought the gothic-synth music was perfect for the setting of the game!

The gameplay was engaging! I enjoyed all the different mechanics that they implemented. Platformers can often feel repetitive, but the dynamic goals per level and combinations of actions you can use made the game feel new each round. It was easy to pick up and learn, but not so easy that it still provided a challenge. The difficulty ramp felt fair and balanced.

I liked the story of this game. One of my favorite parts was reading through the comics before each level, which is where the majority of the story took place. Damsel is set in a universe where vampires and humans coexist, and you play as an agent to stop a large organization from illegally selling human blood. The story successfully gave me the extra motivation needed to want to save the hostages and stop the vampires. 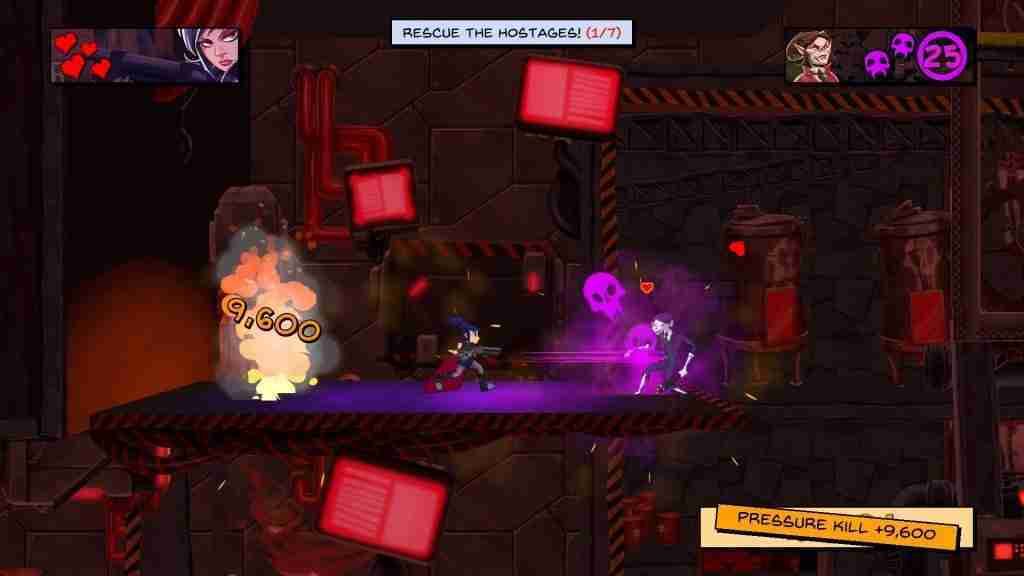 Damsel is available on Steam, Nintendo Switch, Xbox One, and now Playstation 4! Have you been able to buy the next-gen consoles? Check out our guides on where to buy the Xbox Series X and the PS5 to make the search easier!