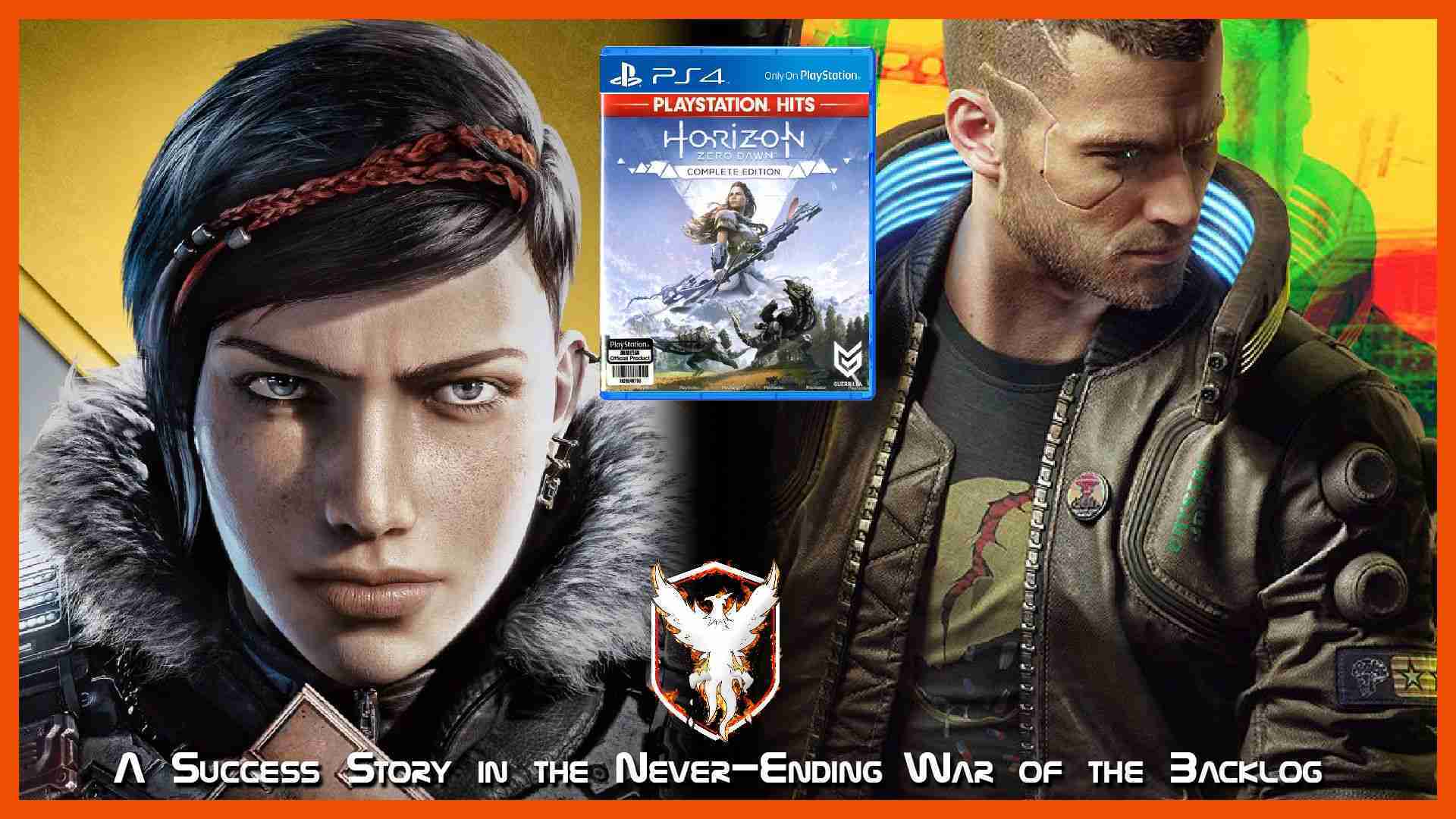 Whether we want to admit it or not we all have an extensive video game backlog. They are the bane of every one of us gamers’ existence. However, this year my goal has been to make a dent in mine.

Thankfully, Activision decided to delete my Activision ID randomly one day and I have not looked back from the lack of customer support that they have given me. But what was once what I thought was a curse, turned into a blessing in disguise. So no more COD for me! This means instead of me spending countless hours in Call of Duty: Warzone or in Call of Duty: Black Ops Cold Wars MP. I’ve been able to finally get to a whole slew of amazing new worlds and slice a little away from my ever-growing backlog.

2021 has been killer for me. At the beginning of the year, I sat down and made a little Google Spreadsheet of all my games that I have in my backlog. Little by little I’ve chipped away at it game by game. So far I’ve knocked out about 24 games in total this year.

The most notable games of the year have been Gears 5, Horizon Zero Dawn, Marvel’s Avengers. In addition, I dove into Ratchet & Clank 2016, Cyberpunk 2077,  and Control Ultimate Edition. But here I would like to talk about a few of my most recent conquers and give my personal opinions on them.

The first on my list Gears 5 took me a while to actually get into. It was up till the second Act where I fell away from the game back in 2019. The world opens up and while yes this provided little side missions that you could complete along with the main missions. I felt that they pulled you out of the game. Change is always good, but in this case, when I boot up a Gears game all I want to do is kill me some grubs.

Thankfully the Hivebuster DLC that came out in December of 2020 fulfilled that desire for me. I hope The Coalition goes this way with storytelling for whenever Gear 6 decides to show up at our door. MP is solid for those that enjoy Gears games but me being more into First-Person MP games, my time here was short-lived.

However, there is a lot of content in Gears 5. I had a blast doing some rounds of Horde with friends, and trying countless times to get away in Escape mode. There is a ton to do in this game and with it being a beauty to look at especially with the Series X enhancements, I would easily recommend this to anyone that is a part of the Xbox Platform. My personal score for the game would be a 7.5/10.

Horizon Zero Dawn, This has been in my backlog for almost as long as the game has been out. I bought the complete edition on December 27, 2017, and completed the game actually on its 4 year anniversary this year February 28, 2021.

While I am still working through the Frozenwilds expansion. I have to say I am upset with myself that it took me so long to get through this game. But I am happy with the journey that I found myself going through. Uncovering this mysterious world with robotic dinosaurs in every which direction was a treat.

Of course with the amazing gameplay and story full of all these interesting characters has me now completely pumped for the sequel. If this is on your radar and you don’t already own it, don’t fret the game is going to be free to all PS users for their “Play at Home” Initiative starting April 19th, 2021. My personal score for the game would be a 9/10.

Cyberpunk 2077. Ever heard of it? Yes, this game was a huge bug-riddled mess. However, I actually thoroughly enjoyed my time in the world of Night City. If you can look past the number of bugs that this game launched with and hopefully at this point with the patches that have been released, eliminating most of them that would have made the game broken. The main meat of this game is great!

At the end of my journey with Cyberpunk, I racked in nearly 95hrs with this game. Running on the Series X the game did look better than what I imagined most people got to see at launch. Although I still ran into a lot of technical stuff with floating cars, random explosions on the street, and some terrible enemy AI.

I was hooked on the game from the start. I may do a second playthrough of this game again when they do the next-gen updates. However, with all the technical issues that this game presented in my time playing it my personal score for the game would be a 7/10.

To sum it up, here are some of my success stories and opinions on some of the games that I have been working on since the start of 2021. I know that the War against the never-ending backlog is far from over, But I am definitely not giving up. With the track record that I am on, I’ll even be able to take a bigger chunk out of my backlog yet!

Upcoming games that I will be digging into are Devil May Cry 5, Resistance 3, The Outer Worlds, and much much more! Happy Gaming!