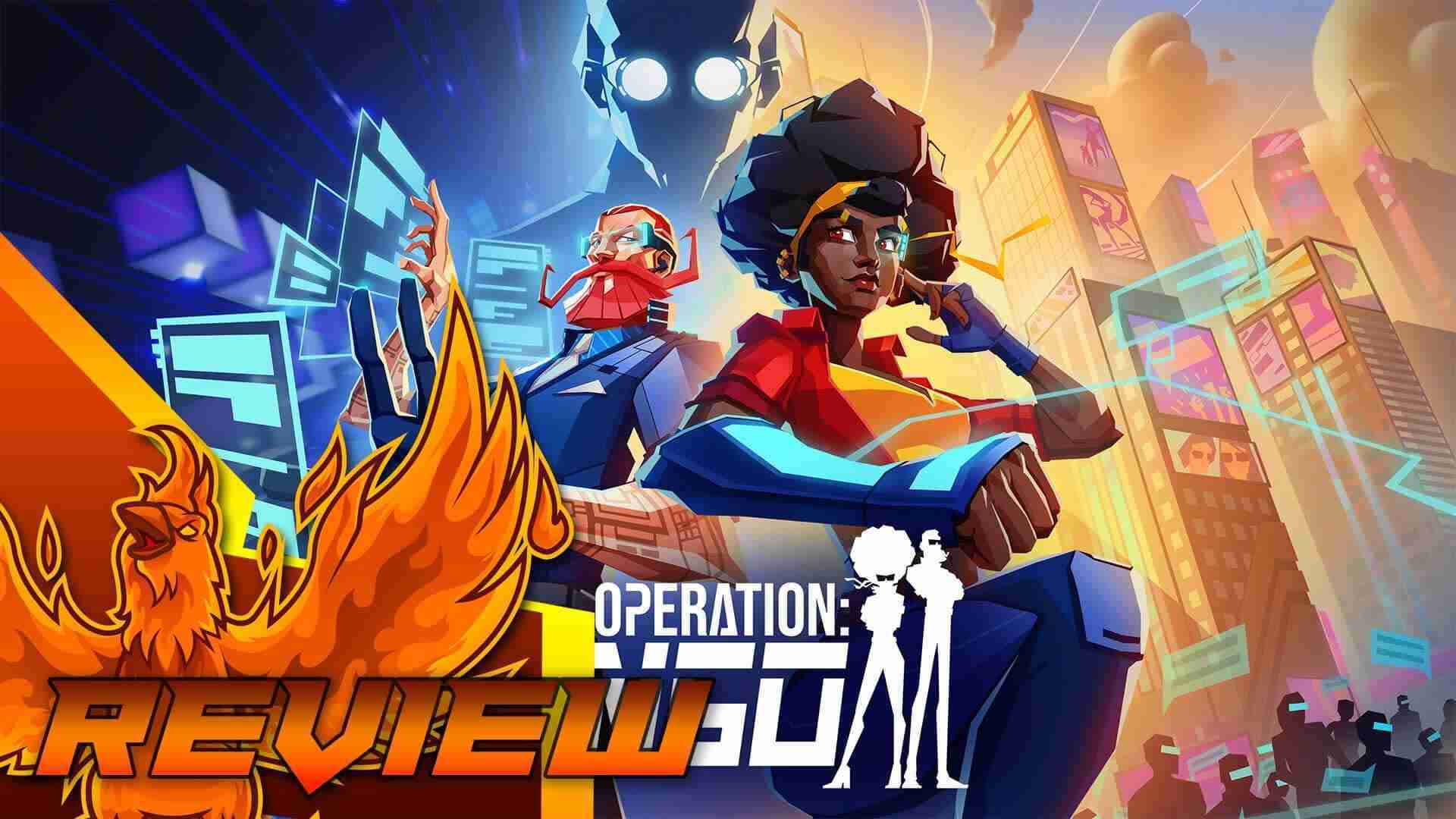 If you have been locked into the Lv1 Gaming Youtube channel, you would know that @FameEnt2k & @TheFloorhugger have been diving headfirst into co-op games. Recently we were able to preview Operation: Tango and immediately fell in love with it. Thanks to developer Clever Plays, we able to play the full game. Here is our Operation: Tango review.

Operation: Tango is an espionage-themed cooperative adventure that challenges you and a friend, preferably a good friend, to complete missions across the globe in a high-tech near-future world. As a dynamic duo, you and your partner will become AGENT and HACKER, working together to infiltrate, investigate, and eradicate the forces threatening the free world.

Both players have to truly work as a team as you both will have the same mission but from two different vantage points. Neither player can see the other’s screen. Needless to say, both players must have a working microphone. This game is impossible to play without good communication.

The whole game hinges on communication and your ability to calmly describe and read out what your partner may need. Missions will take you all over the globe from Vancouver to Singapore and beyond.

Hugger played as Agent Angel who was the boots to the ground character. Angel was the one who 90% in the field and doing the physical work. From repealing down a ventilation shaft while blowtorching the cover off to running and EMPing drones Angel does the manual work. That’s not to say she doesn’t do hacking as well. The hacking the Agent does is more basic and stealthy.

Fame played as the Hacker Alistar B. Flemming who is the “eye in the sky”. All of Alistair work is done virtually. Unlocking doors, disabling laser beams and even controlling cleaning robots. You name it and Alistar can hack it, with this help of his Agent on the ground. Some players may be intermediated at times playing as Alistar as you have to be quick on your toes while hacking and watching over Angel. One slip up and the Agent can be caught and the mission will be a failure.

This is a game that while it supports a controller is probably not the way you want to play. The late-game introduction of new gameplay mechanics was not fun. We were stuck on a puzzle for a good 40 mins. The puzzle introduced something new that in the previous 4 hours of gameplay had never been brought up.

Operation: Tango does not stand out visually. A gamer wouldn’t look at it and say “yup, this is next-gen” I say that in a way that is not negative. It looks really good for what it is. To be completely honest, I really prefer this kind of game be in this art style. The focus is more on great puzzles and gameplay rather than trying to be the best visually appealing title on the market. Once you look past the highly stylistic art style you’ll see the fun in it. Both of us like this art style however we understand not everyone will.

Audio is down to a minimum here. The only voice acting that is done is from your handler. She will give you the missions through opening cutscenes and sometimes jump in with useful information. It makes sense that there is no voice acting as the entire game is communicating with your partner.

There is music in Operation: Tango. Think of any spy movie, game or other related media you’ve heard and that’s what’s here.

This is a co-op game through and through. You will need someone who is good at communicating how things look well. The ability to rely on each other and be patient is essential. It’s a fun game that is good to play on a weekend or weeknight a mission at a time. You will get frustrated. You may yell. However, once you’ve solved that puzzle and rolled those credits the feeling you’ll have will be so worth it. Additionally, this game does come with a friend pass. This means only one person needs to actually purchase the game and the other gets to play with them free. Also, if you are lonely and need a friend you can join the Operation: Tango Discord and find someone to play with.

As much fun as we had with this game there were a few issues. In the late game, there were a few crashes. It then went on to break the game after that. One player can not remain in the game if someone leaves so it kicks the uncrashed player out in the middle of whatever. When we loaded back it took away all interactivity from the Agent. The Agent couldn’t open doors or interact with the environment.

There was also some soft locks making the person who it happened to exit the game. In addition, to having to close the game to progress as it didn’t recognize a completed mission and required a reset.

The Operation: Tango Steam code was provided by the Publisher/Developer for review purposes.