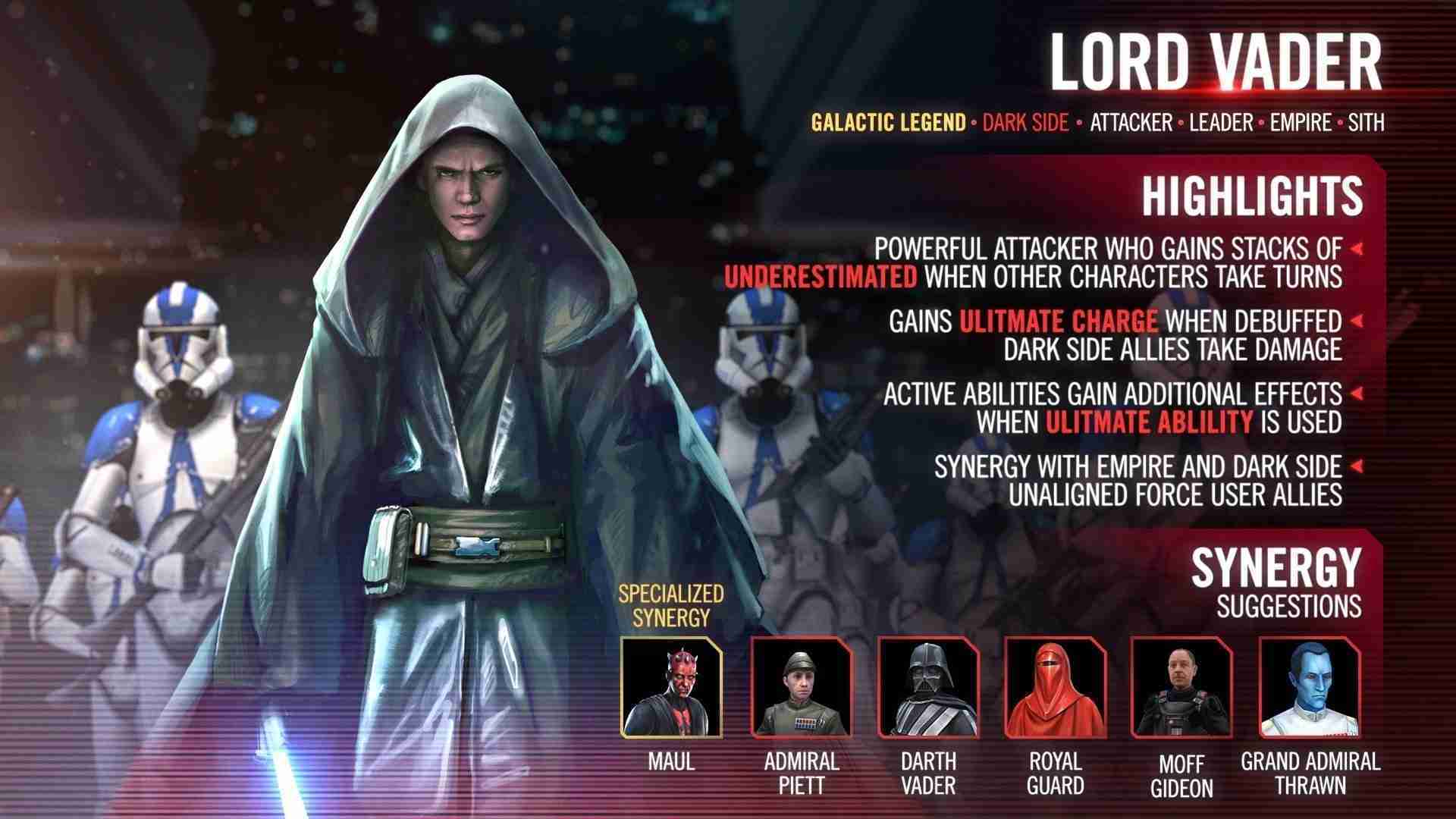 Lord Vader has finally come to Galaxy of Heroes. Being announced on July 23rd, the fan-favorite character has reached the Holotables and is ready for action.

Lord Vader is both a Sith and Empire Galactic Legend intended to synergize with Imperials and dark side unaligned force users (non-Jedi or Sith). He also boasts one of the highest health and protection pools in the game, although all that protection is converted to additional health. Pairing well with this huge health pool is the newly reworked Royal Guard. The Royal Guard gains 5% of the squad leader’s max health and then doubles the new total. This provides the team with a stalwart tank, or alternatively, bait for Commander Ahsoka’s turn one instakill.

When it comes to his place in the meta, it’s not certain who he will be the ideal counter to. Lord Vader’s abilities largely rely on him using his ultimate ability which the majority of people unlocking him haven’t acquired yet. This means testing has been very provisional and results thus far are far from conclusive. With that being said, however, he is a powerful counter to Rey and her Resistance team. This is due to a part of his kit specifying if he has a dark side unaligned force user in his team, damage from light side unaligned force users is reduced. That spot is supposed to be reserved for the new Maul, but since no one in the game has Maul yet players are replacing him with either Kylo Ren or Asajj Ventress.

The lack of Maul is holding Lord Vader back from beating his ultimate foe, Jedi Master Kenobi. He and his Galactic Republic team still reign supreme ever since the release of Commander Ahsoka. Despite his best efforts, Lord Vader and the Imperials simply do not have the damage necessary to beat Kenobi. This is representative of how things played out in the film, however, Galaxy of Heroes strives for game balance. Once more players obtain both the ultimate ability and Maul, it is certain Lord Vader will be a strong part of the Galactic Legend meta.