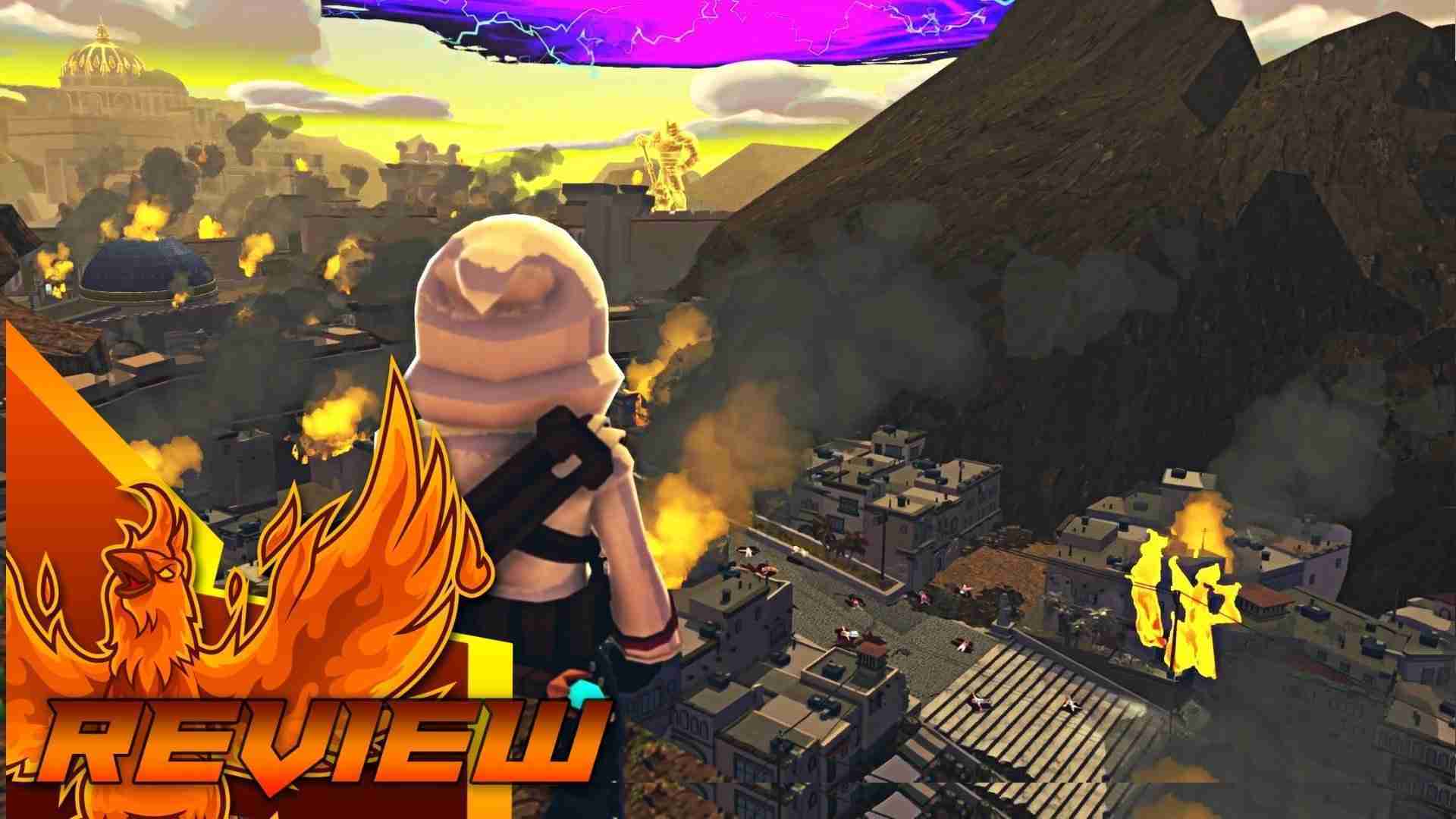 Hindsight 20/20: Wrath of the Raakshasa is a small RPG that makes forces you to decide how you will defeat opens class or violence. Playing through multiple times will give you a better look at how comfortable you have become with some video game violence. Will you needlessly kill everyone or defeat them in a nonlethal way?

Players will find themselves traveling to the land of Champaner. In this land, a disease has caused normal humans to turn into vicious blood-thirsty creatures. These creatures have created the ultimate weapon that will destroy the town. You left the town before this happens and it some time to discover a way to go back in time to fix it. These creatures are called the Raakshasa and are former friends from the Champaner.

It may not look like it but this game actually has an intelligent story that forces you to really think about what you’re going to do. Players can just aimlessly kill everything around them. That won’t help them though as they progress through the story. I found that having multiple endings really opens up this title for something that some games are lacking. A reason to keep playing during multiple playthroughs. I really enjoyed seeing the story flesh itself out through the game. I really wasn’t expecting a deep story that still sits in my mind.

Visually I wasn’t that excited about Hindsight 20/20: Wrath of the Raakshasa. Watching the cut scenes and dealing with the combat I enjoyed. It was when you got up close to certain characters and that cell style really didn’t work. Even though I played this game on the Xbox One S, I have seen some other Indie games that looked a little better. That being said the mixture of colors that are used in the background is euphoric. The two locations that make up the places you will play in are two drastically different places. Champaner and Gibsonia both have two distinct sets of colors making the game visually appealing.

As I progressed through the game I found that the camera would cause certain issues for me while I was in combat. Some of the enemies would be able to deal a ton of damage since I couldn’t always see where they were. Parts of the set would get in the way and it wasn’t that great. That was the most frustrating part about this game.

The music for Hindsight 20/20 Wrath of the Raakshasa is melodic and fitting for the events that are happening in the game. Some games have music that doesn’t really seem to fit the overall tone of the game. It wasn’t something though that I needed to listen to. I could have easily just put some other music on and played the game. That doesn’t mean the audio for this title is terrible. I just have a different set of standards now that I have gotten older. If I don’t feel like I need to listen to the music I just won’t anymore.

Voice acting is a little strange in this title. You have some normal laughter and other noises, yet we don’t have any voices for any of the characters. It would have been a nice feature to add instead of the text. Maybe on the next game, Triple-I Games will be able to add more.

This game features some of the easiest to enjoy combat that I have seen in a while. While I thought that it might actually take some time to figure out the combat. It was relatively easy to grasp in a short period of time. Players will pick between using a lethal or nonlethal way to kill their enemies. While I worked my way through both cities it was difficult for me to use lethal force after I had been so kind and not killed everyone.

Once you get an idea of what each pattern the various enemies have the game becomes great. The combat flows from your fingertips. Defeating each enemy gave me a feeling of satisfaction as I progressed through the game. When I switched weapons and used the sword to kill my enemies I lost that feeling. I was impressed at how the game forced me to feel for those that I killed. The puzzles that I encountered were mostly all the same. Move this block over here or move that over there.

Even though the puzzles really didn’t change in Hindsight 20/20: Wrath of the Raakshasa is a good that isn’t that long. It will make you rethink how you go out and defeat all those monsters in other games. At least for the first few minutes of playing that other title. Then you may just forget you play this one. Thank you to Triple-I Games for allowing Lv1Gaming to play this title with a code that was provided. I never felt bored with them. They kept the gameplay fresh and enjoyable. The few quests that are in the game made me want more. I really hope that the next game has some more depth in that department.

Each character you fight against will have some pattern of attack. Even the bosses have a certain pattern that they must follow. This made it rather easy for me to play through the game with very few deaths. Even when you die you just go back to a checkpoint-like area. This game doesn’t actually feature a save from anywhere feature. If you don’t finish what you’re doing before you turn it off, expect to go back and complete that task again. Yet, once you finish the game you can go back and play through the whole thing again changing what you need to do to see a different ending.

During my time with this game, I felt that it was a good title. Not something that I would be crazy about at first. Yet, a game that would go on sale and I would pick up to play as I needed something different to play. At first, I was unsure about how to feel about this game. Then I sat back relaxed and just enjoyed the whole experience.

Saying that Hindsight 20/20: Wrath of the Raakshasa is a good that isn’t that long. It will make you rethink how you go out and defeat all those monsters in other games. At least for the first few minutes of playing that other title. Then you may just forget you play this one. Thank you to Triple-I Games for allowing Lv1Gaming to play this title with a code that was provided.

Hindsight 20/20: Wrath of the Raakshasa