From Red Planet to Green Oasis: A Terraformers Review 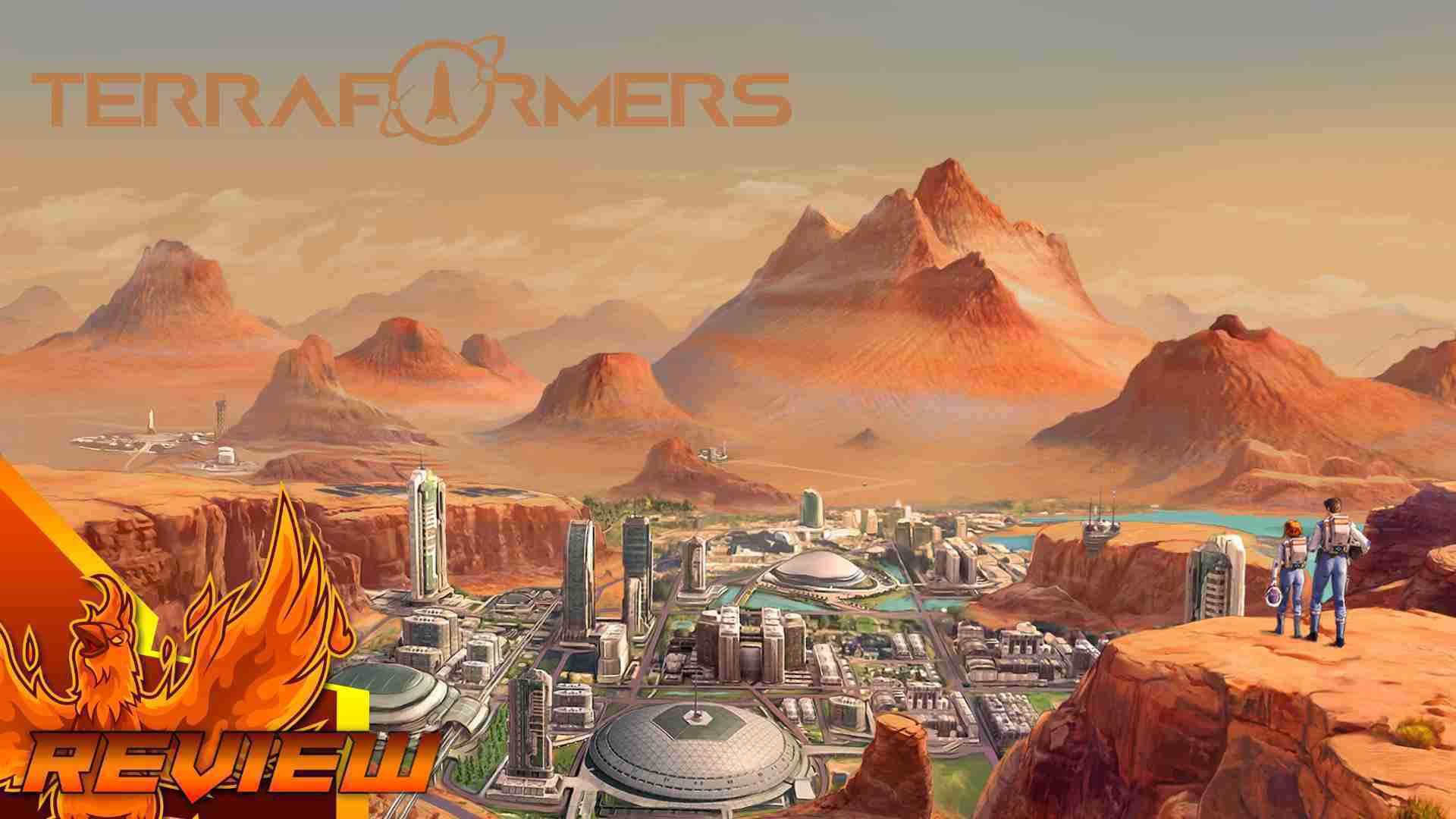 Terraformers is a Colony building game set on Mars produced by Asteroid Lab and published by Goblinz Publishing. You are put in charge of establishing Man’s foothold on the red planet. The success of the mission is up to you.

Terraformers has gone for a very pleasing art style. There are primarily two screens to look at: Planetary view and Colony View. The planetary view gives the player a view of the entire globe as well as the sectors. The way they present the progress towards the terraforming of the planet is easy to read. The same can not be said however about the trade menu. Whilst the arrows indicating imports and exports are helpful, I wish the little numbers beside the resources would also include the trades.

Terraformers is challenging yet fair in terms of gameplay, with resource management being a huge aspect of the game. The player will start with a single headquarters and a choice between two random leaders. Each turn you can explore a tile on the planetary view or use a leader power. These leader powers are based on who is leading the expedition with each providing a host of different abilities. As the game progresses you can expand a city’s influence on the map by expanding its population. Claiming tiles allows you to build mines if there are resources or special buildings if it is empty.

Keep in mind that time is of the essence. The expectations of the colonists are constantly rising, and precautions need to be taken to ensure that Support doesn’t run out. You can garner more support through several different buildings as well as space projects and exploring certain tiles on the map.

There is also the subject of the actual terraforming. There are three ways in which the process can begin: Lifeforms, Buildings, and Leader Abilities. On lifeforms, there are a further three types: Bacteria, Plants, and Trees. Bacteria are the initial lifeforms you get to use as their requirements are achievable in the early game. While they passively improve things such as global temperature and the atmosphere, you can then deploy plants. These plants require the effects of the initial terraforming like rainfall. You can expect to start seeing plants in the midgame. Finally, there are animals, which don’t terraform per se but are still necessary to complete the process. Another way you can terraform is through buildings. Factories will produce the same things that bacteria do at the cost of resources that all the other structures demand. While a viable option, it is best to leave it to lifeforms or to use these buildings as a temporary solution.

And lastly, we have leader abilities. As of now, five leaders can aid with the terraforming process. Three of them are scientists that unlock a new specific lifeform with every use of their ability (which are limited) and the remaining two allow you to either import progress from Earth or convert water tiles to ocean progress. Seeing as a leader’s time in office is limited, if you select them for their terraforming abilities it is advisable to use said ability each turn if able to.

While the game doesn’t have an overarching narrative, the number of different scenarios you can play through have different objectives. The standard scenario asks you to reach a certain score overall. One of the other scenarios calls for the player to produce a certain number of each resource per turn. As of now, there are three other scenarios to explore however only one is playable in the early access build.

Overall, Terraformers is a fantastic game. While the learning curve seemed a bit steep at first, you catch on quickly. I think the trade interface could be better as it doesn’t really make sense at first glance. Terraforming, despite being the literal name of the game, seems unnecessary outside of the terraforming scenario. In terms of gameplay at least, it is still very fun to watch the planet become more and more Earthlike. It seems some content was not available in the early access build. Additionally, I came across a game-breaking bug where I couldn’t end my turn. I relocated my city and the game wasn’t processing it correctly. Thankfully, the developers caught it in the latest patch but it was a shame nonetheless. I will certainly be watching the progress of the game with great interest.

This review was conducted on a copy given by the Development Studio.