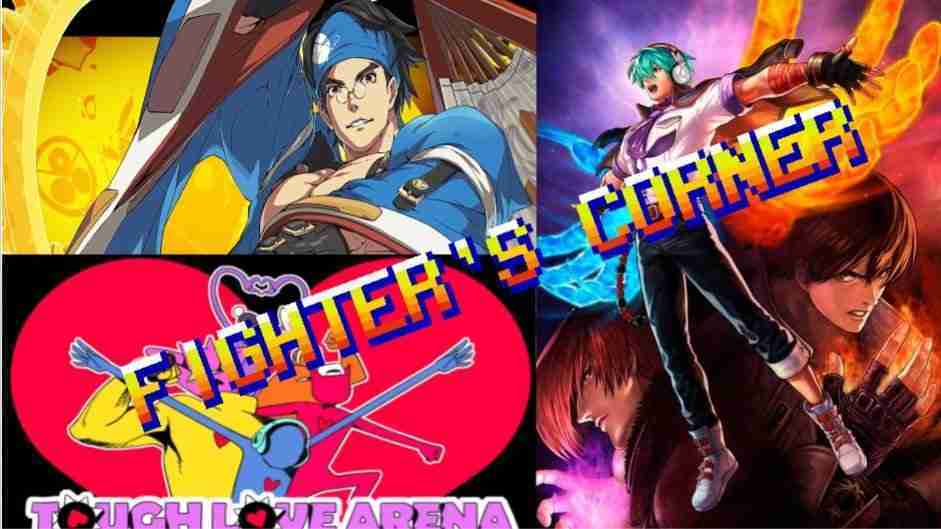 This week we’ll talk about Guilty Gear Strive’s latest character reveal, the new King Of Fighters XV reveal trailer and we talk about Tough Love Arena the indie fight game that anyone can play.

Anji returns to the fight. A welcomed fighter who is considered a mid-level character for those wanting to ease into the higher tears of control. Anji’s fighting style is based on a technique centered on mai a genre of Japanese traditional dance that is known for circling movements where the body is kept low to the ground.

He’s a flexible and dexterous fighter who uses the fluidity of his dance-like moves to dodge and misdirect physical attacks. He uses a pair of foldable hand fans that change size when he attacks. Watching this character strut across the screen while pummeling his opponents is simply gorgeous. You can watch Anji dance his way through the trailer and rock out on April 4th, 2021 when Guilty Gear Strive releases.

Round 2: The King Of Fighters XV Reveal trailer gets its debut and didn’t wow the fans

The reveal trailer for KOF XV is a tease that the fans received with lackluster results. No gameplay was shown in the 53 seconds of cut scenes. The trailer gives us all the familiar CG models and no substance. The game is set to release sometime this year. We can expect to get more details on the next few trailers. which has become the trend with recent fighters. A slow drip of details. Don’t worry fight fans, the trailer did give is some great news in that we are getting a super-sized release of King Of Fighters XIV Ultimate Edition.

This version will have all 8 DLC characters and costumes. KOF XIV Ultimate releases January 20th. Oh! one more thing for the KOF fans. A new updated and recently net code updated version of King Of Fighters 2002 was also teased for a later release this year. Once we get a date well let you brawlers know my thoughts on the classic.

Round 3: Tough Love Arena: the indie fighter getting tons of early praise.

I stumbled onto Tough Love Arena by watching the FGC (fighting game community) on Twitter get super excited about this unique indie fighter that didn’t require anything but a browser 6 keys to play. Playing around for a short time, I found that it’s pretty easy to get hooked and forget this is a work in progress.

The small team is actively updating and tweaking the game and is listening to the FGC as it works through keeping the fundamentals of a good online fighter in mind. Developing a Rollback net code, which prevents input lag and delay between two online players, is a tough endeavor. As fight games move more and more online due to Covid-19, this is much appreciated.

The game can run on any browser and is very approachable yet deep. This makes it worth playing and supporting the small dev team. Check out their Patreon to support a great indie team making a fun fighter.

That ends this week’s bout keep fighting my friends. Check out all the great articles on LV1Gaming and come back into the fighters corner for more fighting game news

Follow me on Twitter @strayrelay for my thoughts on magic the gathering, obscure anime fighting games, and the occasional Spotify playlist.

The THQ Nordic Publisher Weekend On Steam Is Live Now!