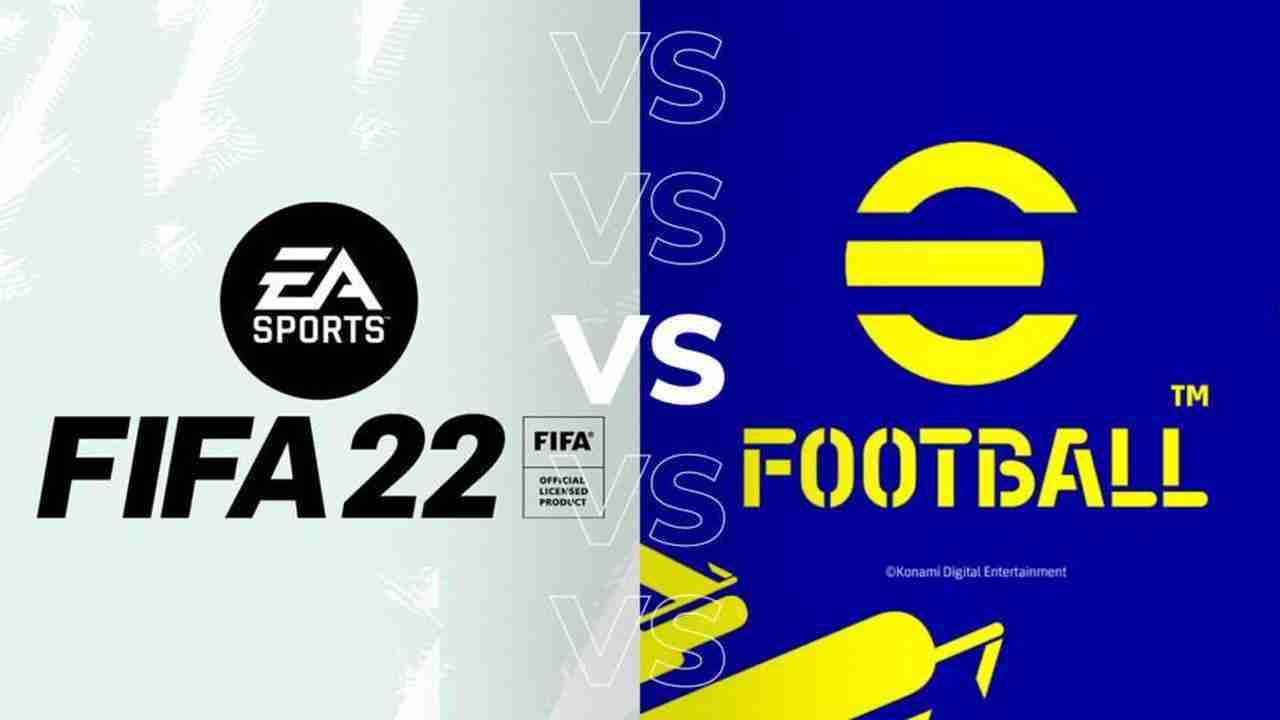 Well, fans of football have a duo of games out now. The competition is between EA with its latest installment in the FIFA franchise vs what was Pro Evolution Soccer and is now eFootball. The other contender is UFL hasn’t launched yet. But let’s dive into FIFA vs eFootball.

FIFA vs eFootball, a battle on the pitch

Well comparing the games visually, sadly we have only one clear winner. This is FIFA. The player detail on eFootball has at times been so horrific it was made a joke of in memes. Though EA didn’t factor in character models some players looking different from last year. And when side by side, FIFA vs eFootball gets worse for Konami looking at the players. They didn’t do the best job with their cover star in Messi. PC Gamer covered the facial detail mess in Far more detail. PES was visually a stronger game.

FIFA vs eFootball – playing the game

Again FIFA walks this. Basically, eFootball is a rough demo. Play a match you don’t have the option to all the difficulty levels where FIFA you can change. Why have Konami locked these out is a big question. And FIFA has used Hypermotion so matches of 11v11 were recorded to help build player animation and AI. Mostly it works though it is possible to work your way to a good win. Konami however did individual players which have given questionable AI decisions. Examples I’ve experienced, a throw-in and my players running away from the ball so I lose possession and goalkeepers going on a wonder. This meant opponents had an open goal.

In FIFA, foul an opponent, the referee will pull you up. Not something out of the blue but the referee is fair in games. And it’s closer to realism especially in the modern game today. Though if you commit a foul in eFootball, expect mixed results. You can jump in from behind and take a player out cynically and the referee just tells you don’t do that again. Heavily nudge a player off the ball may see you sent off. The referee AI is a mess.

FIFA is consistent across the board so far. The goalkeepers are very much more reliable and defensive positions mirror reality. But sadly eFootball is a lottery. The defense may work in one attack and another you’ll be left scratching your head as to where the players are. Animation issues plague eFootball meaning passes can be stopped by unnatural limb positions from players or problems with the running animation. And supporting runs from teammates in an attack will mirror a real attack in FIFA. In eFootball, it seems it depends on if the AI player can be bothered. So I learned not to rely on my team.

It’s a shame as the pace in FIFA is still faster and more likely to produce goals against the slower laid back feel in eFootball. But with only limited teams available offline with around 200 available online and no modes other than single matches and gameplay bugs and animation issues it’s hard to recommended eFootball. Football is at best a beautiful game. This isn’t reflected in the Konami release at all. Football became a mess and unpleasant to play. IGN currently have a review in progress which isn’t painting a positive picture for Konami