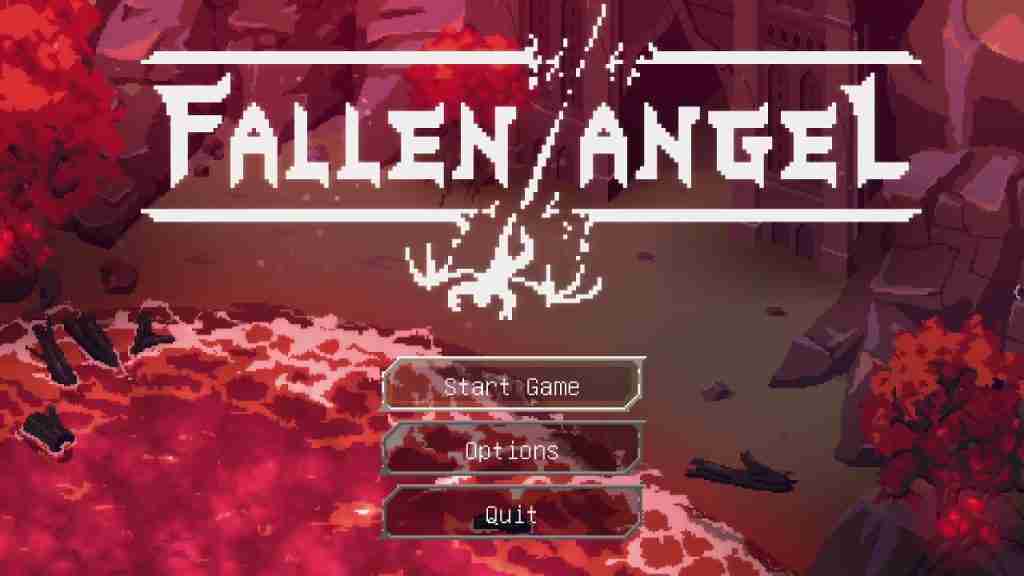 “Better To Rule In Hell Than Serve In Heaven”- Paradise Lost

First off, thank you to V Publishing for the Fallen Angel review code. Each syllable of the phrase “action role-playing game” rings true when describing Fallen Angel. Developers Matrioshka Games has taken important figures from the bible and placed them into a pixel art 2D game. Certainly, with a focus on creating visceral gaming experiences, Matrioshka Games stayed true to their studio goals with Fallen Angel. Each realm of Heaven is vastly different than the other. Enemies, music, and area design change with each Archangel or boss’s characteristics. Lucifer the Fallen Angel is making his way back through heaven and he is bringing hell with him. The main menu screen shows a cove with red splashing water and even without seeing it the sounds clearly define what’s going on. The audio for this title varies depending on what realm you are currently in. Venturing into the data center for heaven or “Central Processing Temple” has an eerie glitch sound. While fighting through that environment sounds as if someone was whispering to me the entire time. The audio always complemented the mood of the environment. one moment that stood out was when passing from the Radiant Pools to the nightclub area it sounded exactly as if outside a real club. The vibration from the base in the dance music with the muffled track audio was an experience. The voice acting was something that caught me completely by surprise in a good way. It was clear that care went into the audio of Fallen Angel. 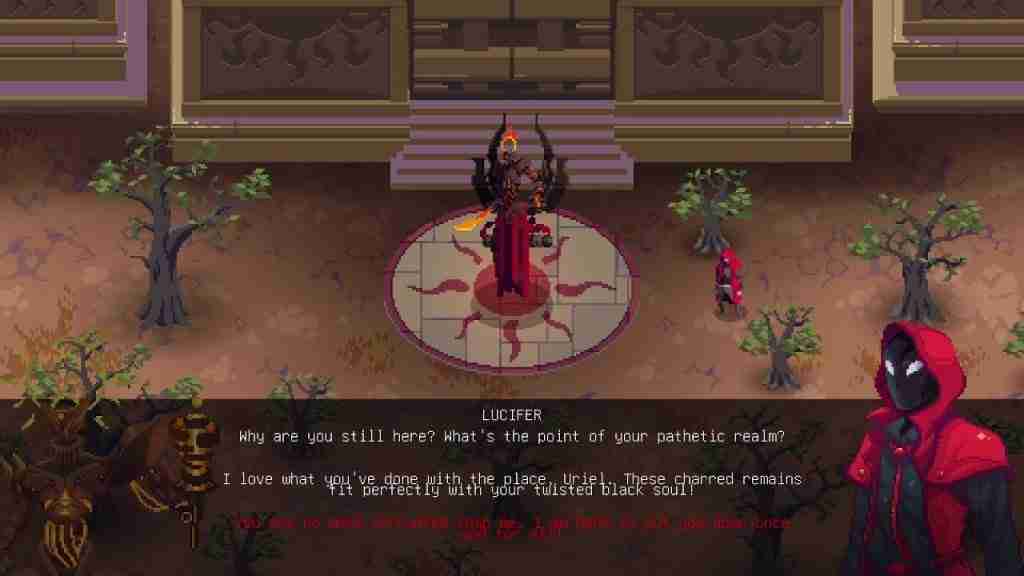 The pixelated heavens of Fallen Angel have extensive detail and vary from realm to realm. Firstly, each area or level in the game has its own theme ranging from nightclubs to scorched woods. Lucifer the protagonist of Fallen Angel has a design that looks like it took inspiration from Scarlet Spider-man and Red Hood. Now, where this game truly shines is the Archangel’s designs. Once you encounter them it is clear why that realm of heaven looks the way it does. Each realm is a manifestation of the boss or Archangel of that area. There are a few core enemies that show up throughout the whole game but each area has a few special enemies. Colors are vibrant in Fallen Angel clearly setting the tone for each area. Something so beautiful to be the background of such violence. 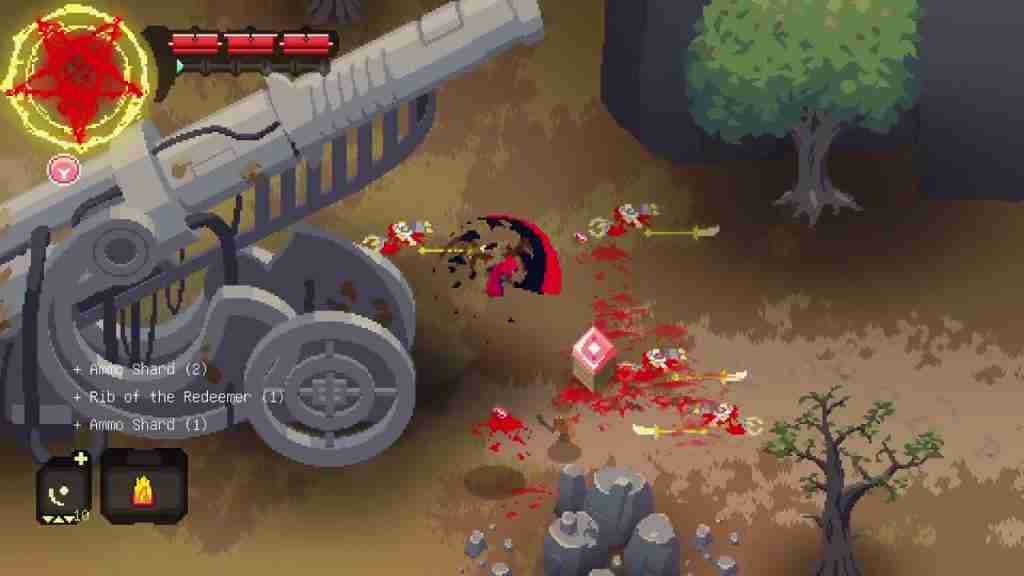 When describing the gameplay of Fallen Angel the first word that comes to mind is punishing. There is very little hand-holding in this game. You will die often and have to backtrack a lot. Enemies can require special attacks that come from exploration in order to defeat them. Button mashing will lead to a quick banishment. Lucifer’s health bar is in sections that will deplete at different rates depending on the type of damage. A stamina bar keeps the special ability spamming to a minimum. Combat consists of melee attacks, ranged weapons, and other abilities. some areas in the game have cliffs that your abilities can launch you off of if not careful. The enemies are relentless and will follow you around the area. They also reset after leaving and returning to an area. This game can definitely fit into the rogue-lite category.

Is It All About Revenge? 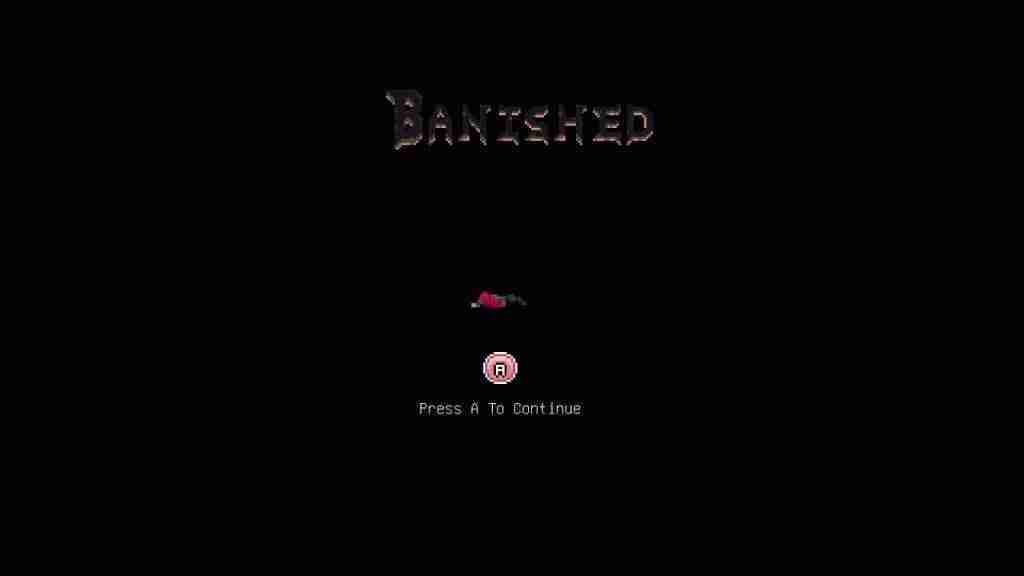 You are the Morningstar, the Fallen One Archangel Lucifer. After banishment, you are fighting to get back to now Godless heaven. the story is told through interactions with the major characters of the game. From Nebuchadnezzar to Archangel Gabriel you will hear about the disdain that they have for the one who defied God. Fallen Angel is more of siblings fighting for their inheritance rather than a religious one. Reminding me of Paradise Lost, it is always refreshing to see Lucifer in a different light. The problems I encounter with Fallen Angel are not game-breaking. Enemies are not outlined or visible in areas that are covered. Odd complaint but when you are low on health and steps away from a save point that you had to fight tooth and nail to get too just to be banished by a hidden low-level creature. This happened often because of the distance of save points. This game could benefit from a consumable item that quicksaves or more save points. Some moments felt difficult for no reason other than to make you want to quit. A mini-map would have been a nice addition as well. 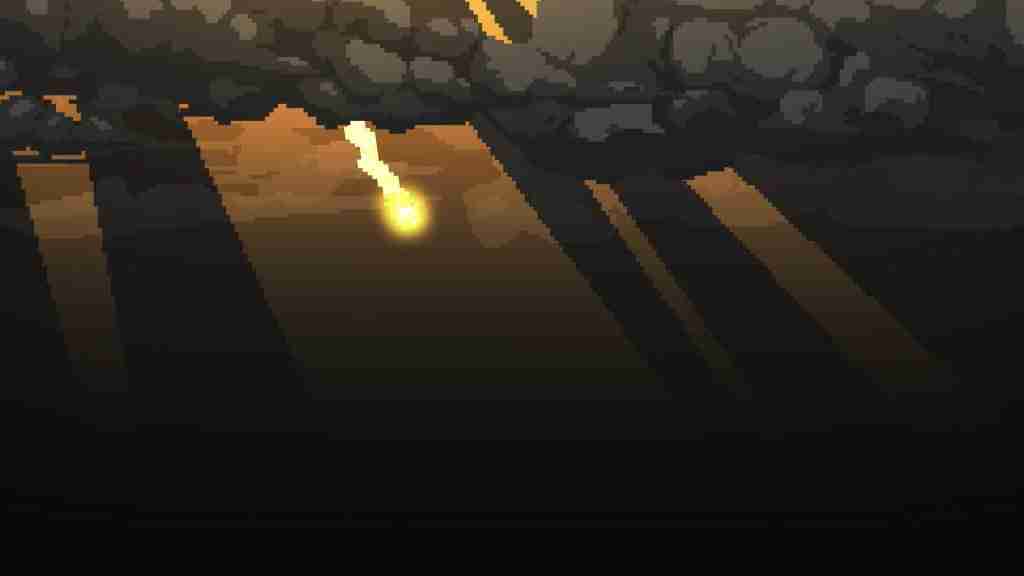 Overall Matrioshka Games has a gem on their hands. Fallen Angel while very difficult it keeps you wanting more. The weapons and skills allow you to have your own style of play. Air combat can be a focus. You can equip an item if you find it, that takes away the ability to use healing items but gives you health from damage done to enemies. There are a lot of optional bosses that reward you well for hard-fought victories. In the end, the focus on character designs, rewardingly stressful gameplay, and variety of pixelated areas for the Fallen Angel review I rate it an 8 out of 10. Thank you again to V Publishing and Matrioshka Games for providing me with a Steam code to review Fallen Angel. Fallen Angel will release October 22nd, 2020 Reviewed on PC with an i7-9700k, RTX 2060 Super, and 48 GB of RAM, Xbox One Controller A code for Fallen Angel was provided by the publisher