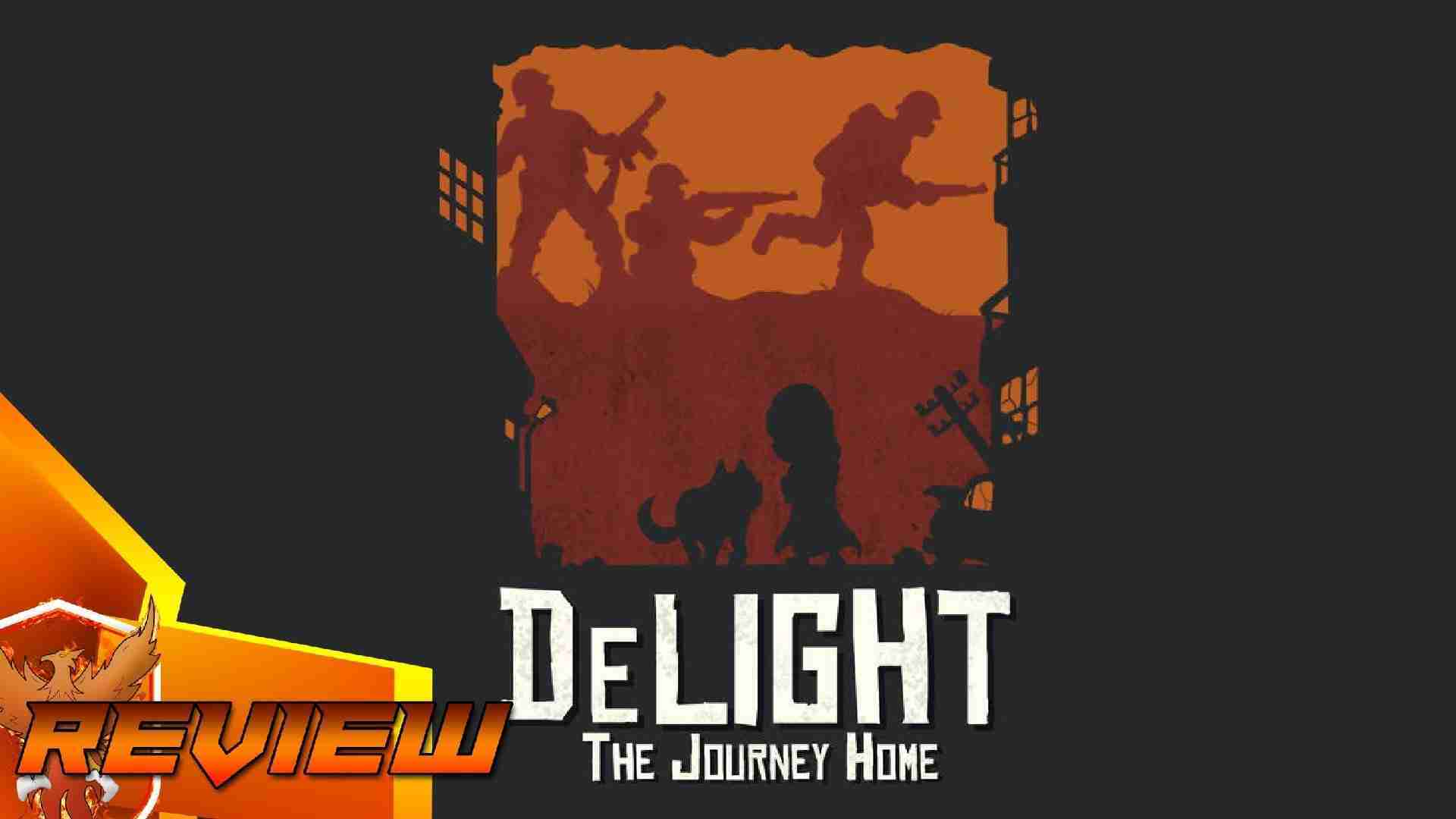 This is technically only a half review or maybe preview as the game isn’t finished yet. I’m also only really going to talk about the first chapter. Anything else I feel will spoil it too much or spoil the previous chapter. Anyway DeLight: Journey Home is an emotional tug at your heartstrings episodic game. At the time of writing and publishing this, there are only 2 chapters available and the 1st chapter is free if you want to dive into DeLight: The Journey Home.

In DeLight, you play as Sammy, a girl who becomes blind while trying to escape her town with her grandfather when war is declared. The main goal throughout the chapters to reunite with her parents. Additionally, there is Deli, an adorable stray dog that Sammy saves and befriends that helps her navigate the world and protects Sammy when necessary. It’s those 2 against the wartime world they find themselves in.

From what I can see and the information I have there seem to be 5 chapters planned. They are available for pre-order for $2.29 Canadian on steam but I don’t know when they will be released. Like I said I really don’t want to spoil the game and chapters. While it may not be visually impressive and a tad clunky in places the story so far has got me not emotionally ready but hooked nonetheless. It is also available on iOS and Android if you want to play on the go.

Speaking of visuals since Sammy is blinded in an accident towards the end of chapter 1 what you see is how she “imagines” the world to look. From locations to people until you get close enough to talk or run into things everything is dark. Using her cane and Deli they help her navigate places and guide her sneak past soldiers. There are even some sections where you get to play as Deli clearing paths for Sammy. The home screen even changes as the chapters go by how cute is that! There is a cheeky little Harry Potter Easter egg in here too.

DeLight: Journey Home really pushes that your choices have consequences. As you go through you may have to make some tough choices that will affect the people around you and Sammy and Deli themselves. The only choice I want to talk about is picking a fight with the local bully which gave Sammy a scar. I honestly don’t know if that’s something that would happen no matter what but the fact I made the choice made it special.  I think with the further chapters we’ll see if this has actual choices and consequences or the illusion of choice Mass Effect 3 style.

Each chapter is about 45 mins at least that’s what it took me to finish them on one playthrough. This means if my horrible math is right in total with the 5 chapters this will end up being an about 4 to 5-hour game.

You may have noticed that this is a bit of a clunky controlling game and a clunky looking game. First, let’s dive into the clunky visuals. So it’s not perfect, it is made by a small dedicated team. There was some clipping and getting stuck on invisible walls and not just walls Sammy couldn’t see. It felt like the objects had big hitboxes sometimes and Sammy would get stuck. Especially in the sneaking sections which are already challenging to navigate.

You won’t see it in the screenshots and if you watch the video you may not see it there but there was a ton a screen tearing. Even with vsync on and off didn’t fix it. The last thing visually is the promote action color. Be it the hand to interact or stairs or anything it’s white half the time I couldn’t see it. It blends in with the background in a few spots. The only way you know there’s something to do is either the white outline things take on or the invisible wall that stops you.

Now on to the clucky controls surprisingly this has QTE or Quick Time Events in it. Those work perfectly fine. It’s just wandering around that kind of irks me. Sammy has pretty good control when she’s not getting stuck on something but the sneak sections she controls like a tank missing its track. Slow almost to the point of getting caught if you get hung up or have bad timing. Add the aforementioned getting stuck, characters blocking each other,  and clipping on things and the controls need refinement.

Overall I think DeLight: Journey Home is a game that has a story that will take it far. It’s gut-wrenching, heartwarming, and engaging all at the same time and we’re only in chapter 2. In my humble opinion especially since the first chapter is free and the rest of the chapters $2.29 each Canadian on steam this is a game to pick up and play. But maybe wait until there is a fully reliable chapter release schedule.

Alternatively, you can just wait till all the chapters are out. I think this will be great to play in one sitting. It has a lot going for it but it needs time to be refined and fix some issues like the controller problem. You can’t help just love and care for Sammy and Deli in the time you spend protecting and guiding them. I’m also interested to see what my choices will do to the world around me in the future.

Let me know if you would like me to cover the other chapters or just do a full review when the game comes out fully.