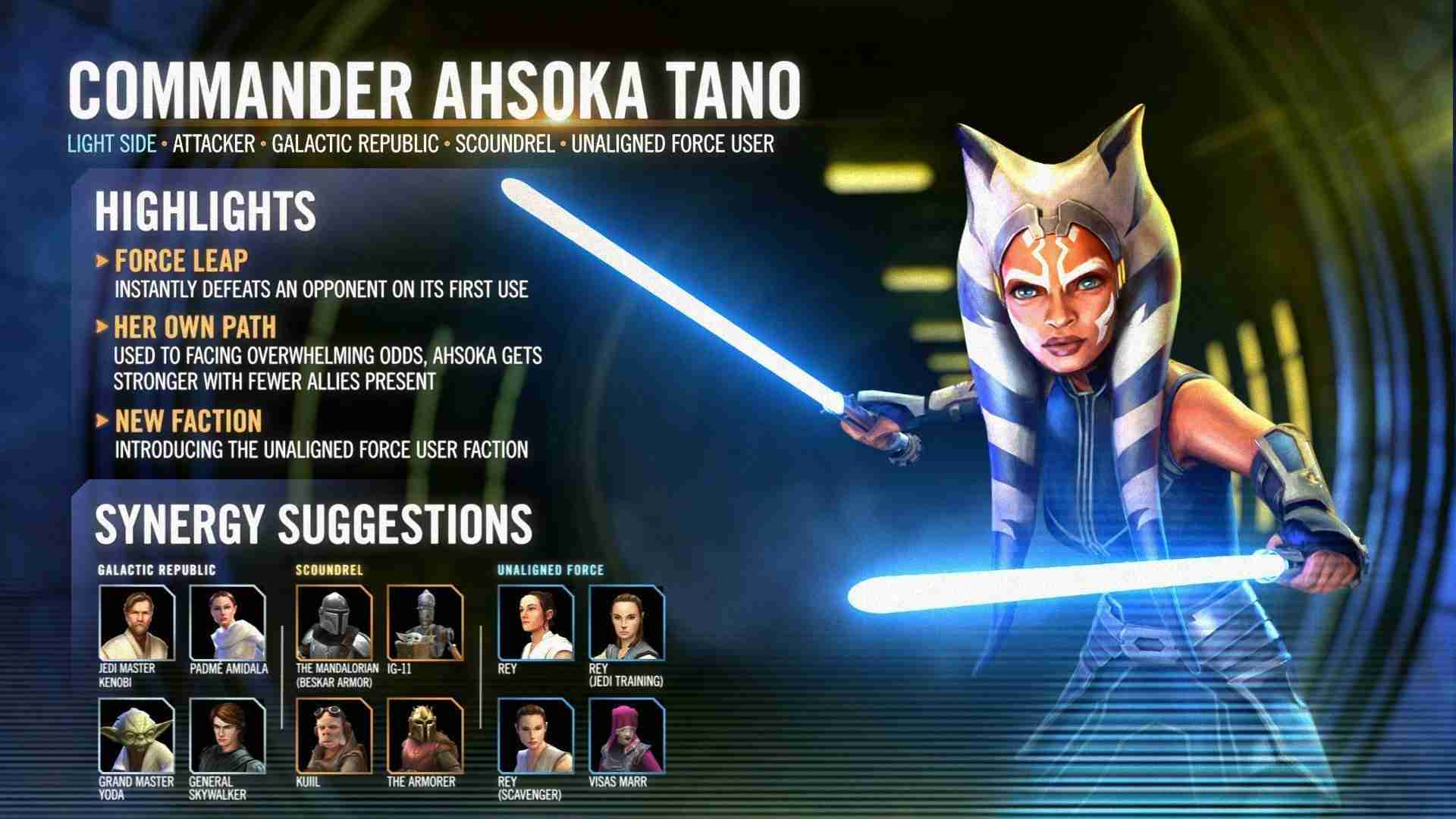 Commander Ahsoka Tano broke the Star Wars: Galaxy of Heroes meta. Commander Tano entered the game in late May of this year. However, only now are players able to unlock her due to the grinding and time required. Now that she is available to add to your team, the community has immediately found out just how broken she is.

Commander Ahsoka Tano has an ability that can instantly defeat an enemy the first time it is used. After the first use, it instead does an insane amount of damage. This ability has an eight-turn cooldown and can’t be used right away. The problem is when she is placed in a Galactic Legend Obi-Wan Kenobi team. Obi-Wan has an ability that he can use immediately that gives an ally damage immunity and sets their cooldowns to zero. This allows Commander Ahsoka Tano to use them instantly defeating ability. This is extremely overpowered and there is no way to stop her target from dying besides being a Galactic Legend.

So far there is NO non-Galactic Legend counter to this team, which is unprecedented. This, naturally, has spurred the ire of many in the community calling for a rebalance. Teams that traditionally work against normal Obi-Wan teams stand no chance of winning in one go. A lot more veteran players are reminded of when Jedi Knight Revan was the meta. Apparently, there were very few teams that count beat him besides a mirror match.

To makes matters worse, even other Galactic Legends teams are very dependent on luck. All other Galactic Legend teams can be defeated if key members of their squads are killed off. Mirror matches are, as of right now, the only guaranteed win. Commander Ahsoka Tano broke the Star Wars: Galaxy of Heroes meta and it’s very difficult to say this is fair and balanced. There is speculation that Maul will be coming to the game soon to act as a counter.