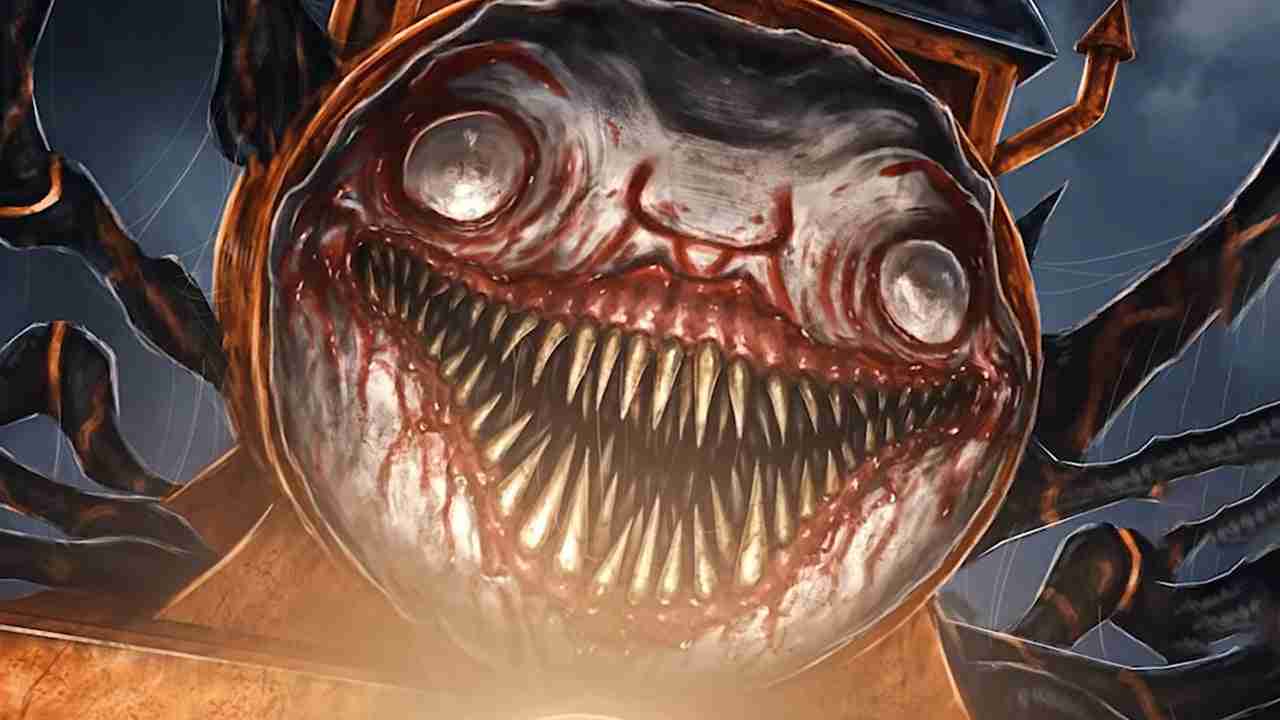 Occasionally a horror comes along unexpectedly that terrifies gamers such as Silver Chains. Then at times, we get a horror that comes along which is so unique in the presentation, it stands out. One such upcoming game has taken social media by storm. Let’s talk Choo-Choo Charles.

What it Choo-Choo Charles

It’s an upcoming survival horror set on an island. It’s also an open world full of forests, villages, mountains, and beaches. Though this horror is slightly different. And not for the reason at random intervals you’re chased by the villain of the story. That being the character Charles.

Two Star Games revealed the horror last week but with a twist. The monster of the story isn’t alien related or a weird creature. It’s a train. And a train wanting to eat you. It’s also a train with spider legs. No doubt you will struggle to come up with an enemy in any other game close to this. And if you’re curious about what it looks like have a watch of the announcement trailer below. The game is also by a relatively new developer

The mind behind Choo-Choo Charles

Gavin Eisenbeisz is the brainchild of this horror. He has been making games for 8 years and at the age of 20 could have one of the unique horrors in modern gaming.

Eisenbeisz is also the one-man face behind Two Star Games who also spoke on the popularity of the reveal of his train horror. Which he did openly say to PC Gamer he found it overwhelming and incredible at such a response at first

It’s been a little bit stressful, although I think the stress is mostly adrenaline.

At the time of writing the Tweet he posted has been retweeted about 13,400 with quoted tweets at nearly 6500 times. And considerably well over 64,000 likes. As for YouTube, it has presently over 331,000 views. 6900 likes and 81 dislikes. Another upload from GameSpot added another 276k views.

Eisenbeisz is aiming to launch this early next year but in speaking to PC Gamer did state the game very early stages of development. And the huge interest he added adds extra pressure. But he’s clearly prepared to take the time needed and he’s not getting help on the development as he says

I’m willing to put more time into it than I originally anticipated. Ultimately, I enjoy the simplicity of game development and of working solo, specifically. I know what I need to do. I know how I need to do it. It seems to work best for me, at least at the moment.

What are your thoughts on this unique title? Will it be one you’ll look out for? As always, we’d love to hear your thoughts.

What is Your Favorite Game Cinematic?

Journey Through My Backlog Jan-Feb 2021