Avatar: Frontiers of Pandora. What To Expect From The New Engine 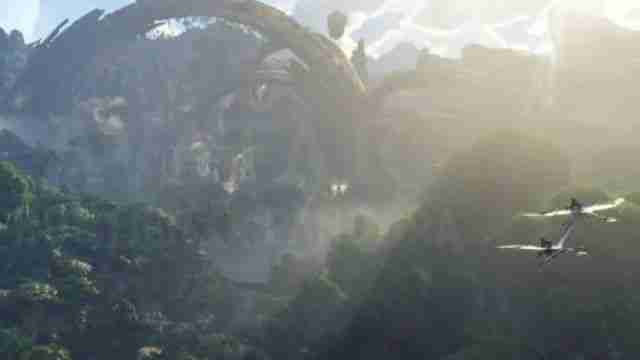 Avatar: Frontiers of Pandora made its debut at E3 on the Ubisoft showcase at Summer Games Fest.  We do know it will only be launching on PC, PlayStation 5, Xbox Series X/S, and Stadia next year.

In the following video, the game’s developer Massive Entertainment talk is through how they upgraded its existing Snowdrop game engine for new hardware.  This engine in its current form has been seen recently on The Division series.

What does this mean for the game?

As the world of Avatar is so different from anything we’ve done before, we had to do some major upgrades.  Some big improvements to our engine.  In the past, Snowdrop allowed us to build amazing cities. But to capture the natural beauty of Pandora, we needed to push Snowdrop even further.

In every project we do, we push the engine further. But Avatar: Frontiers of Pandora is without a doubt the biggest leap we’ve made so far”

Kunal Luthr, the senior technical artist for the game revealed that the advanced microdata system used in the upgraded Snowdrop engine allows them to put thousands of assets into a single frame. This was crucial for creating the high level of detail seen in the reveal trailer which is seen here.

What else can we expect?

It allows Ubisoft to create a vast array of different interactive effects. Examples as such are real-time wind simulations and intelligent plants that react to the player’s presence. All this adds a huge amount of detail and slopes for a realistic ecosystem.

Did anything else change in the engine upgrade?

The answer is simply put yes. As aerial sections are a feature, Ubisoft added a new volumetric cloud system to the engine.  What this means is the skies we will see around Pandora will have a far more realistic feel.

Why is this not appearing on last-gen hardware?

Simply put they won’t be able to run the game.  The hardware alone and the engine used are unlikely to be capable of handling this release.

With new hardware will we get new gameplay features?

According to the lead narrative realisation designer, Alice Rendell the developers created a brand new system for NPCs.  This means they can understand their world on s more realistic way.  NPCs are now it seems going to be aware of the weather, your level progression as well as time of day.

What else do we know?

Straight after the initial reveal, Geoff Keighley revealed that he was told by Ubisoft is a first-person action-adventure.  And from looking at the changes made to the engine it will a memorable and immersive, open-world experience.

When we get to play we will play as a Na’vi.  The game is going to take place in Western Frontier. This is a part of Pandora we have yet to see.  Avatar may also be why the developers are not heading the upcoming free-to-play release for The Division. The Division Heartland is being developed by Red Storm Entertainment.