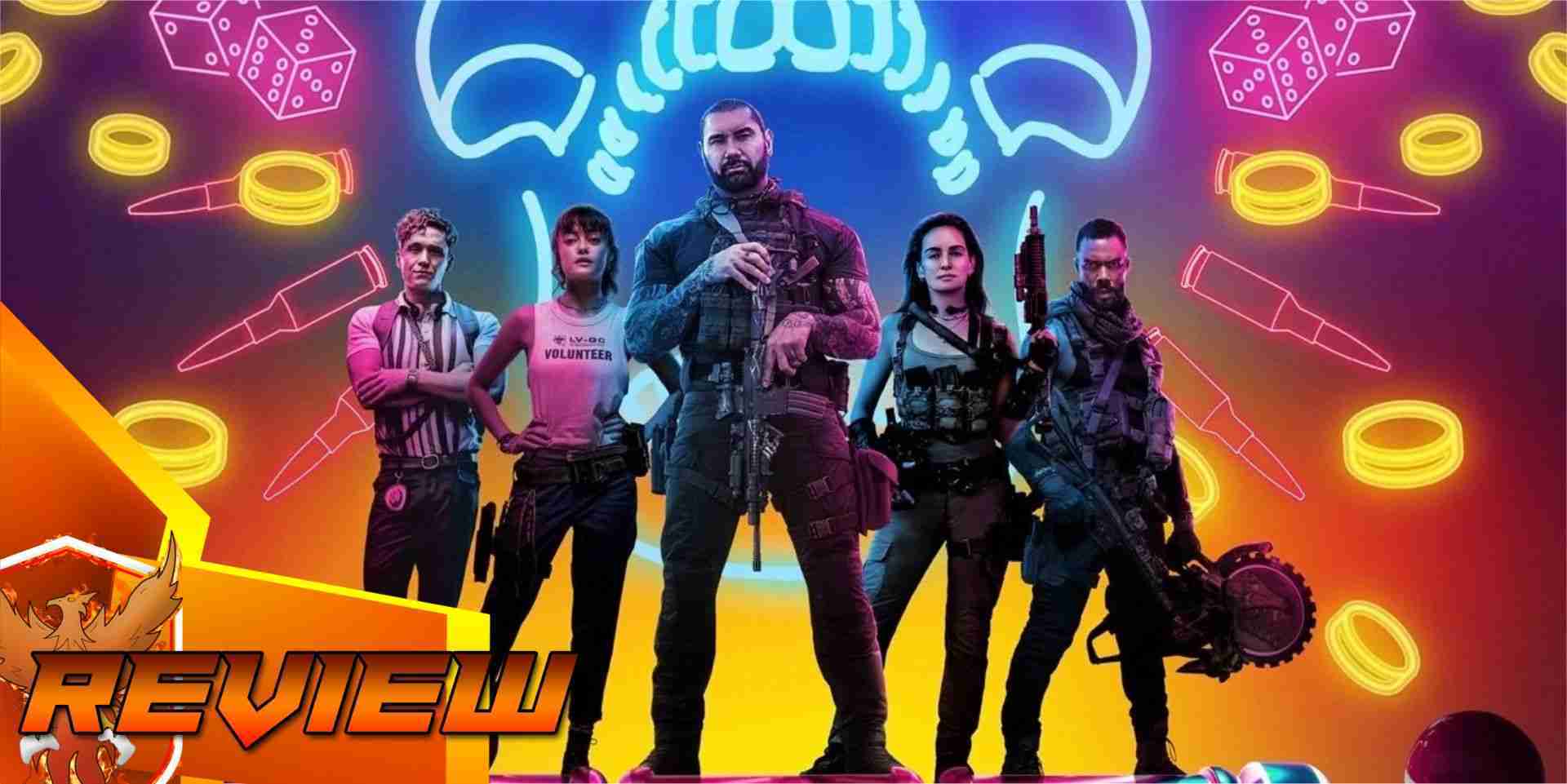 It’s been 17 years since Zack Snyder created one of the biggest zombie movies (Dawn of the Dead) in recent history and that includes on a global scale. After the better part of almost 2 decades of creating superhero and comic book stylized films; he returns with his 1st zombie movie that captures everything he’s perfected since then. Despite being gone from the zombie genre, and horror in general, he created another blockbuster hit that’s infecting the world! Below is my review of Zack Snyder’s Army of the Dead with that said there will be spoilers, I repeat, there will be spoilers.

If you have not seen the movie, read at your own risk.

According to Snyder, Army of the Dead is the spiritual successor to his Dawn of the Dead movie. The film starts with an Army convoy and a “just married” couple. The scenes switch between the two to give two perspectives. We see the “just married” couple taking pictures before getting in their car to drive to Las Vegas. Meanwhile, the two military personnel in the convoy are talking about conspiracies and what they could be delivering. Basically, the wife of the said newlywed couple decides as there’s no one on the road, to get “playful.” The husband is distracted because of his wife, and the army driver is too distracted with talking about conspiracies that they collide.

This is where the true story begins. From here we see the release of the “Alpha” as we see him hunt down the soldiers before setting his sights on Vegas. It’s here we see a montage of the city being taken over by the zombies and what people are doing during the initial infection; and to show the quirkiness of the movie, the montage is done to the sound of “Viva Las Vegas” being played by a Liberace impersonator with people being chased by showgirl zombies, zombie Elvis, and other absurd death sequences.

It’s during this montage we get a glimpse of some of the main crew. Their time during the evacuation of Vegas before closing it off. After there is a time skip as we see the main cast is gathered to “steal” $200 million from a casino vault with the blessing of the casino owner; who was already given money back for the loss. It follows the main character, Scott, gathering a crew of talented individuals with the skills needed to pull off the heist. As the story plays out, they discover that they weren’t the 1st team through and that the heist isn’t what they thought it was. With hidden truths about the true goal, as well as, the looming threat of an imminent nuclear bomb strike that would vaporize the city. The team truly is in a race against time and the undead.

For a 2 ½ hour film, the length was perfect for the film, there were no serious pacing issues and when it got to the action it was non-stop. With moments of comedic character interaction to break up moments of tension and distrust between certain characters, it gives us plenty of room to breathe; as well as keeping it real for the world it exists in. Making great use of iconic Vegas spots and signs, really brought to life what a destroyed Vegas strip could look like.

Overall, the story was straightforward and easy to follow that nothing needed extra knowledge or in-depth breakdowns. It’s this combination that gives Army of the Dead an overall enjoyable viewing experience. With this I give the film a solid 85.

As with any movie, the cast has to be solid. A movie can have a great storyline but if the cast isn’t good, the movie becomes bad. On the other hand, a movie can have a bad storyline, but if the cast is great, most of us can overlook bad scripts for excellent acting. This movie had a truly solid cast and I’ll break down each of the characters. One thing to note is that Chris D’elia was originally slated for the movie before being replaced by Tig Notaro as Peters.

With such a solid cast of characters each with great casting choices. From Dave Bautista as Scott to the legendary Hiroyuki Sanada as Bly Tanaka. The cast was so well chosen it was hard to not praise them for their roles. It’s with this cast for the characters I give it a well-earned 95.

For as much as I enjoyed the movie as a whole, there were still areas that stood out to me as the best and the worst. One scene of the movie that really gave you the feel of the characters was when they were planning the heist out. From the initial plan offered by Mr. Tanaka to their interjections about what to do. You also get to see the characters grow a bit as they progress. One thing I absolutely loved was the friendship we got to see between Dieter and Vanderohe.

However, Geeta was one of my sticking points. She’s set up to be this main character, showing the struggles of life in the camps and what it will take to be able to leave. Then just like that, she’s just Kate’s best friend, who serves as a plot device for Kate. She is the reason Kate goes into the city to give the movie just that little bit more of what else could go wrong.

And Valentine, our zombie tiger friend, was set up to be this badass guard of the territory. And we get to see that briefly, then just he’s just forgotten about. As with Geeta he just became a plot device used to kill off a character (that was well deserved) but still, I was hoping for a bit more from our zombified tiger friend.

Overall, performances from the characters were solid and kept in character, giving us humor when needed, moments of intense action and zombie killing, and giving us all sorts of feels as we watch the crew and see their fates. Overall the acting was really good and it is why I give it an 83.

Despite whatever faults the movie may have, the cinematic experience was great! From the music to the action scenes, and lightning, to the camera angles chosen. At certain parts of the film, especially one in particular, the camera angle was fantastic and had me tense like I was going through what the character was. To feel like you’re there experiencing what the character is experiencing shows great camera work and tone. The editing was great and well put together, nothing felt choppy or rushed, everything flowed together nicely.

There was so much from the visuals that left me simply stunned. The CGI was there but it never felt bad. The visuals were simply that well done. It was hard to not enjoy the slow-mo action and even the moments of Dieter treating the Vault like a dance. From the music that plays as he listens to every turn of the mechanism, everything just was phenomenal. All of these together work so well it is why I give the Cinematic experience of the film a spectacular 96!

Army of the Dead is a truly enjoyable movie if you want something that’s a little bit of a lot of different things. It is the kind of film you can kick back and relax and just not need to overanalyze anything. Now there will definitely be some people that may not enjoy the story or the gore of the film. And that is ok if you don’t.

However, this feels dark but enjoyable as we have come to expect from a Director like Zach Snyder. And I for sure know that I loved it. It seems that it was well enjoyed that the Army of the Dead universe will be getting expanded. With a Prequel film Army of Thieves, following Dieter in the early days of the outbreak joining a group of would-be thieves. As well as an anime series Army of the Dead: Las Vegas focused on the city in the early days of the outbreak.

There is so much potential with this universe especially with an ending that has many implications. All we can do is wait and watch and see what’s next for Zach Snyder and his Army of the Dead!

Army Of The Dead