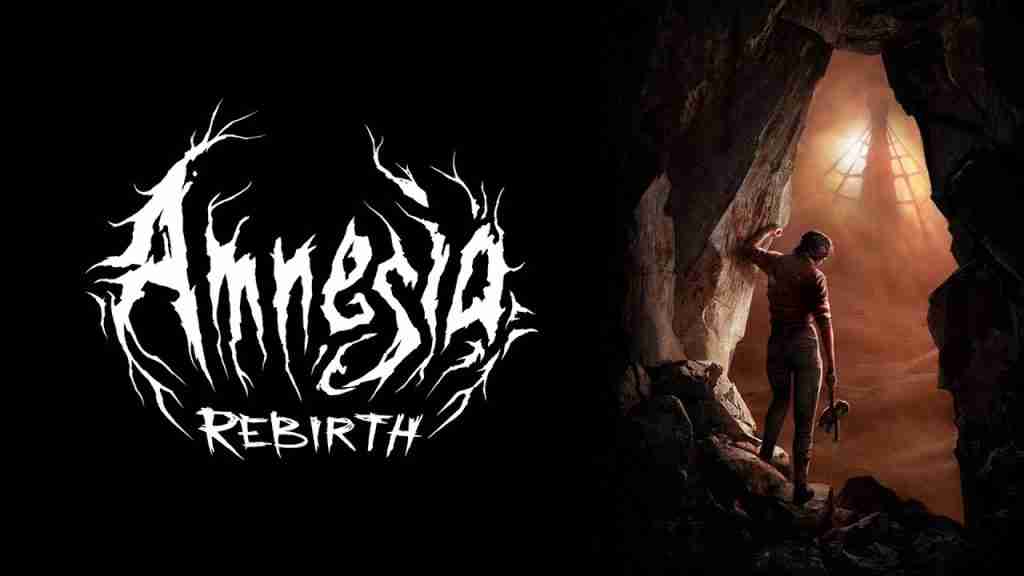 The Amnesia Rebirth review code was provided to LV1 Gaming by the publisher Frictional Games. Developed by Frictional Games and released on October 20, 2020. Firstly, Amnesia Rebirth is a survival horror game that tests your mental strength from beginning to end. Often long-winded pacing but the constant reminder of danger drive the game forward. There is no combat and like many horror games plenty of puzzles to solve. Amnesia Rebirth is ultimately a story of survival and hard choices. Graphically this game is not groundbreaking but is excellent at creating a horror atmosphere. The area designs add depth to destroyed buildings and desert caverns. Signs of struggle, torture, and dead bodies spread out often tell the horrific last moments of those lives with no words or cinematics. There are not many wide shots in this game but when they do appear it is an artistic event. The first time you get a full view of the alien world you cross over to and see the ruins of an advanced civilization was eerily beautiful. Lighting in the game serves a narrative and design purpose in Amnesia Rebirth. When entering a dark area the lighting is shifted to a dim-lit view to show you are panicking and afraid.

Is It a True Horror Game Without Puzzles? 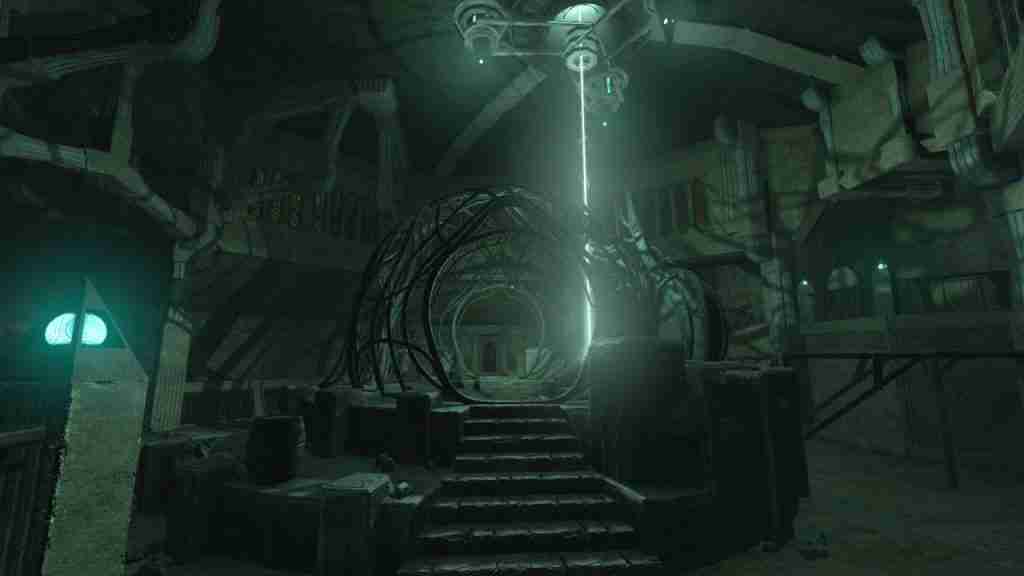 Amnesia Rebirth’s gameplay is centered around puzzles and hiding from monsters. The mechanics that separate it from other horror games are fear and item movement mechanics. Fear is ultimately your greatest threat it will be your most common way of dying in this game. The protagonist in this game is a pregnant woman who is not an action hero by trade. The act of moving heavier objects has a great way of making it harder to move them. So it leads to panic when trying to move a sandbag blocking an escape route from a monster. There is no combat or real way to defend yourself from the creatures in this world running and hiding are the only options. Matches and oil canisters are your best friend throughout the game. I often put myself in bad spots because of accidental match lighting which left me in the dark to die.

The Soundtrack Is An Eerie Reminder, That You Are Not Safe

The audio is where Amnesia Rebirth really shines. The sound of ghouls creeping around you while never in view is a common way for the game to keep you in suspense. The random booming sounds that happen when you are on the brink of succumbing to fear is jarring. The atmospheric sounds keep you at the edge of your seat. Also, the dialogue that takes place when reaching certain points is creepy because it’ll be happy tones after a horrifying event. The voice acting depicts the fear and confusion throughout the game well. The protagonist is often questioning what is going on which often leads to hints on what to do. The gurgled rants of the harvesters, the shrieks of the wraiths, and soundtrack aid in reminding you that you are not safe.

The story for Amnesia Rebirth is odd because the characters in this game have extremely bad luck. There are no chosen ones just humans in the worst place at an even worst time. You are Tasi Trianon who is part of an expeditionary group with her husband. While flying across the desert in Africa they mysteriously crash and Tasi wakes up alone in the wrecked plane. With no memory of what happened to the expedition team, she ventures off looking for them. Her main goal is to find her husband and safety. Tasi finds out that she holds an amulet that allows her to venture back and forth between worlds. After traveling through the cave she finds that her husband died from the plane crash injuries. After grieving she pushes forward hoping to find the rest of the team. 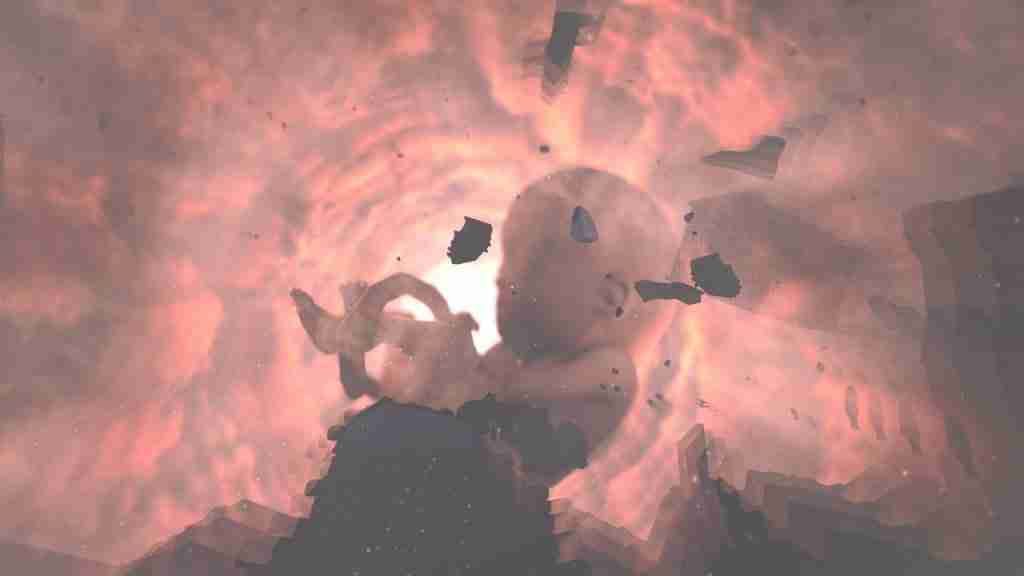 Once she makes it out of the cave she finds a fort with murdered people everywhere. Tasi then finds out that she is not the only survivor and also that there are monsters. Oh and that she forgot she was pregnant. On her way to reuniting with the remaining survivors, she falls into a cave-in that leads deeper into the ruined alien world. While there she discovers that the alien world was destroyed and the alien species is basically extinct. She finds out that the torture of mammals creates a chemical called vitae which extends lives and powers the alien civilization. The ruler of that world is infertile and wants to take Tasi’s baby to raise herself. Basically, a powerful ruler of another world wanted a baby and these poor souls happened to be in the airspace of the area she had some control over. Amnesia Rebirth keeps you in suspense from beginning to end. There are no happy endings and no triumphant heroes. This survival horror is not one where food and water are your saving grace but a simple match will keep you sane for a bit longer. Light, hope, and caressing your baby in your belly are your tools to survive. The puzzles and monster encounters are fair. Not many moments felt impossible. Frictional Games have created a survival horror that makes you feel helpless in the face of danger and lucky when you overcome it. Even with monsters hunting you fear is your greatest enemy anytime you are in the dark for too long you go insane and game over. If you are into horror games especially ones filled with puzzles this is the one for you. The Amnesia Rebirth review score is 7.5 out of 10. Amnesia Rebirth released October 20th, 2020 Reviewed on PC with an i7-9700k, RTX 2060 Super, and 48 GB of RAM, Xbox One Controller A code for Amnesia Rebirth was provided by the publisher