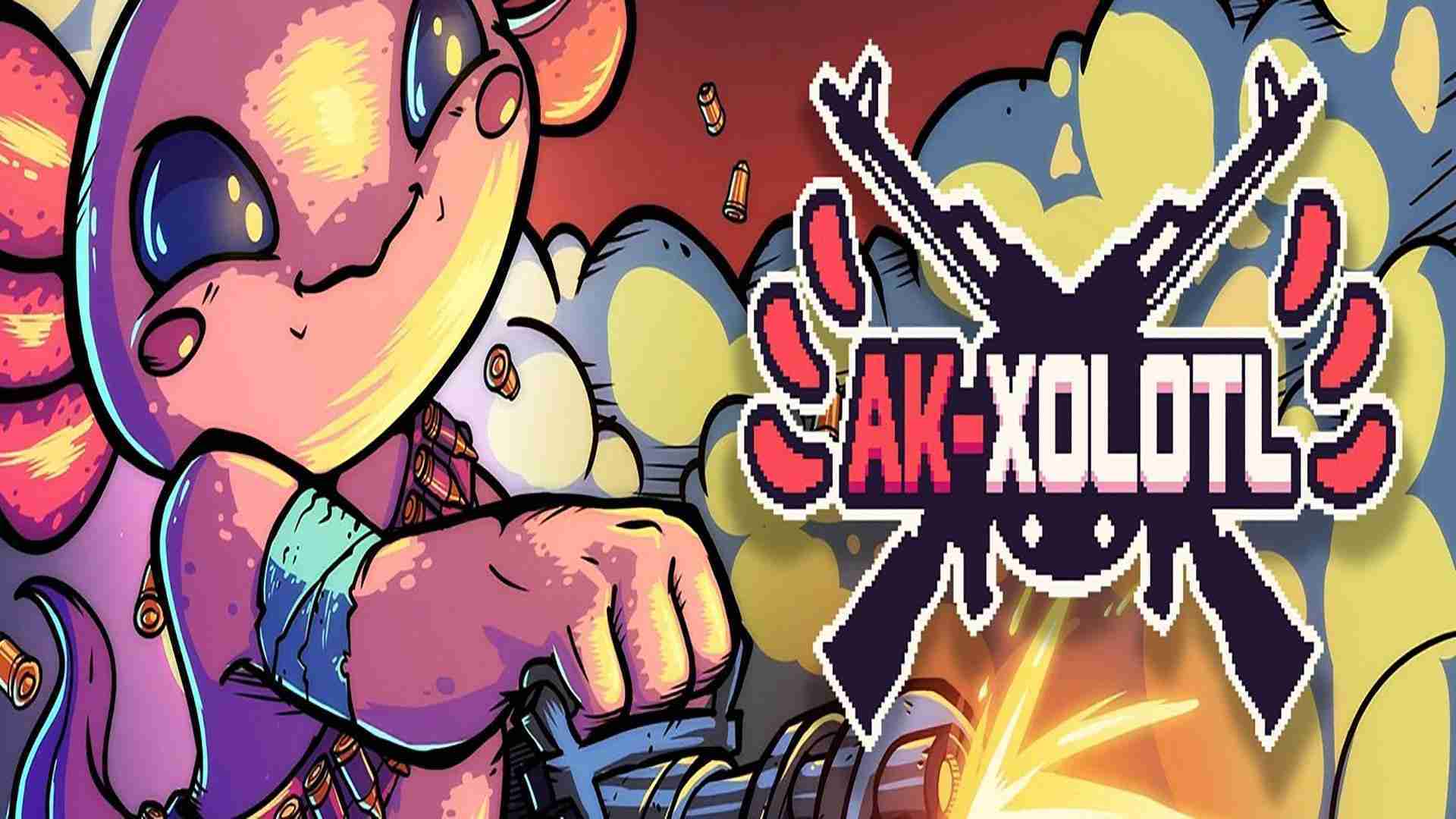 In a world wrought with death and destruction, there are a few heroes you can count on. If I had to choose I’d pick none other than the adorable AK-47 wielding axolotl. No, you didn’t read that wrong. As a matter of fact, I’ve been sent here to tell you the story of how this legend was born. Ledelve into the world of AK-Xolotl a cute game with a dash of guns and glory.

One of the most intriguing games I’ve had the pleasure of playing this year is AK-Xolotl. I had a chance to sit down with its developer Daniel and talk about how he came up with the game. The pairing of an AK-47 with an axolotl is a wild mix and I love it!

“ The story is kinda weird because I wasn’t planning on becoming a professional dev. During the pandemic, I was starting to get bored and decided why not make a game? The name came about because I was trying to be funny and make a joke with some friends in discord. I”m from Spain so my native language is Spanish and I wanted to see if the word axolotl was pronounced the same way in English as it is in Spanish and it was! As soon as I realized that, I knew I had something.”

The game has had some incredible hype around it including being featured on the Guerrilla Collective Showcase. It’s the type of game you can sit and play without having to overthink your objective. You are able to jump in immediately and have fun. You’ll be able to choose from a selection of pistols at the start of the game. As you progress bigger and better weapons are unlocked to giving you new ways to obliterate your enemies. There are currently 30 different weapons with more to come! Daniel went on to explain that games like Doom and Tormentor X Punisher were major influences. It’s a world of kill or be killed so don’t let the fuzzy faces of friendship fool you.

“I find the contrast between cute and brutally funny. One minute you’ll see rainbows with lovable little animals and then all of a sudden a head explodes and that’s it! Those are the kinds of ideas I wanted to put into AK-xolotl. I will say every time I kill a frog something inside me dies because I gave them a really adorable design.”

Daniel has created a wide array of different characters. I’m absolutely in love with the design of the adorable protagonist. Take a look at some of the different skins your axolotl can wear. I already know my personal mission is to collect them all!

The enemies are just as cute but they’re bloodthirsty and you’re their target. These little rascals will not hesitate to fill you full of bullets. This leads one to wonder if giving guns to adorable animals was a good idea in the first place!? Who am I kidding? Of course, it was and if you’re feeling overwhelmed AK-Xolotl gives you the option to play co-op with friends. Don’t you worry Daniel, if Mr.Frog tries to jump at you and get frisky we got your back.

The idea of melding two things together that don’t quite fit is not a new concept however I think Daniel has taken an interesting approach it. I’d like to call it the Hawaiian Pizza of games. If you know, you know. Like I said before AK-Xolotl is a cute game with a dash of guns and glory. How can you not love it?

Daniel is currently in partnership with 2awesome Studio. They’re working together to make sure this game comes out as polished as possible.

“Making a game is only half of the process I also wanted to make money because I really like to eat. I was looking for ways to market my game and I didn’t find much information. I started to post gifs and art for the game on my twitter account. Afterwards I was approached by a couple of publishers who were interested but in the end I picked 2awesome because they are from Spain. It’s easier much easier to communicate when you speak the same language. They’re also a really fun developer to work with.”

This has been an incredible journey for Daniel. Especially when you consider that this is his first game and it’s basically been a solo endeavor. His hard work has paid off. The collaborative work he is doing with 2awesome Studio allows AK-Xolotl to be played on multiple platforms. You should definitely go try out the demo on steam and if you love it don’t forget to wishlist it!

Daniel was such an amazing guest and it was an absolute pleasure getting a chance to interview him. To find out more please check out the Akolotl Youtube Channel, Twitter, Discord, and our interview with him over at the Burn Out Brighter Podcast.