Deadpool Joins Marvel’s Midnight Suns In DLC Football Manager 23 Finally Gets PS Release Date Over 100 Side Quests In Hogwarts Legacy Is a Smaller PlayStation 5 on the Horizon? I’ll Wait and See System Shock 2 Free With PC Remake Preorders
The last chance to take down evil rests in your hands. Morbid: The Seven Acolytes is an Isometric Souls-Like Action RPG developed by the independent studio Still Running. Published by Merge Games that also worked with games such as Dead Cells and Frost Punk. A world where evil forces have taken advantage of human weaknesses. The Seven Acolytes are the only thing standing in the way of a free world. A lone female warrior is the only hope for the land of Mornia.

In Morbid: The Seven Acolytes you are the last surviving Striver. A warrior trained by the Order of Dibrom with the sole purpose of defeating The Seven Acolytes. Former humans turned into cursed monsters by the parasitic Gahars. These creatures have taken over Mornia and became godlike beings ruling over the land. The Order of Dibrom’s base was raided by the Gahar a few strivers managed to escape. During the escape from the island base, the survivor’s shipwrecked, and all but one female striver died. The Gahars were born in the minds of humans. They offered power and knowledge in exchange for being their physical vessels. Consequently, this is how The Seven Acolytes came to be. Each Acolyte had a troubled life or situation that the Gahars stepped in to provide a sinister solution. One man was a scientist who had a chemical accident and called out to the Gahars to save him. They did just that but in exchange made him a vessel and a hideous monster. Ultimately, as the last Striver, you are fighting your way through Mornia trying to kill the physical embodiments of the Gahars. 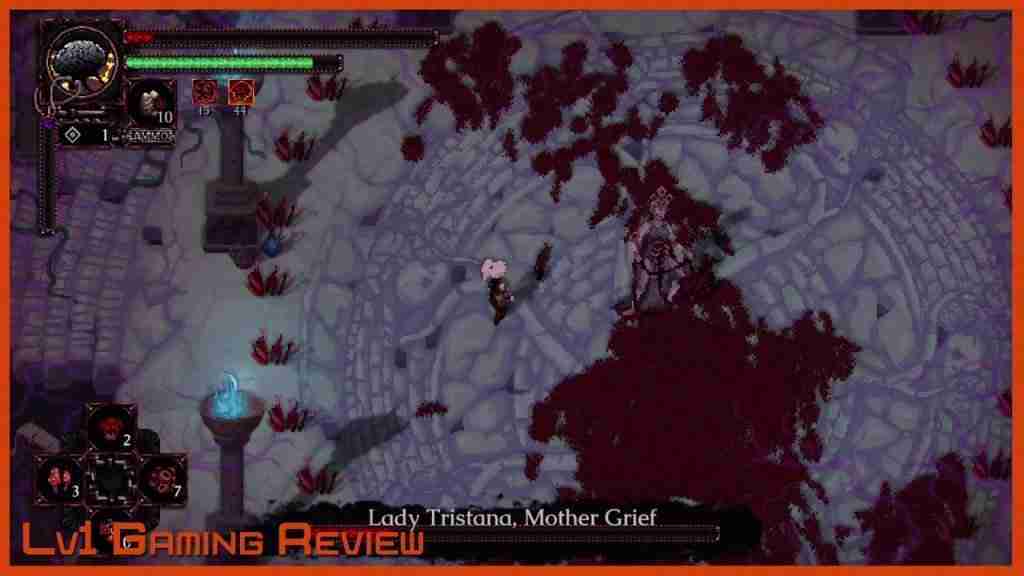 Morbid: The Seven Acolytes has a top tier pixelated world design. Gruesome, bloody, and yet alive this game has a wonderfully designed world. The way the foliage and plant animations move it is hard to believe such a small team created it. Mornia, a dense world filled with a variety of monsters and environments. Swamps, forests, and even gardens filled with evil flowers. Everything from zombie soldiers to a placenta swinging acolyte is intricately pixelated. The aesthetics place you in a Cthulhu inspired world that is worth exploring.

Morbid: The Seven Acolytes clearly falls into the souls-like category of gaming. The gameplay consists of combat, inventory management, stamina management, and sanity management. First off the combat mechanics include light attacks and a special attack. The attack animations are not widely varied outside of gloved weapons. For example, the combat animation for a greatsword is similar to that of a short sword. Does not take away from the fun and status effects of each weapon. There are a decent amount of weapons to find in Mornia. For instance axes, maces, swords, gloved weapons, shotguns, crossbows, and more are lootable. Most importantly, each weapon has slots to place stat-boosting runes. The limited inventory slots are something from a hoarder’s nightmare. You have health regen items, sanity regen items, stamina increasing items, and a wild mix in between. There are quite a few items that have negative effects alongside strong positive ones. One example is an item called the limb, which increases your damage output but instantly drains your sanity. The runes are drops from enemies and rewards for accomplishing missions. Most weapons are random drops but there are some locked behind defeating specific enemies. 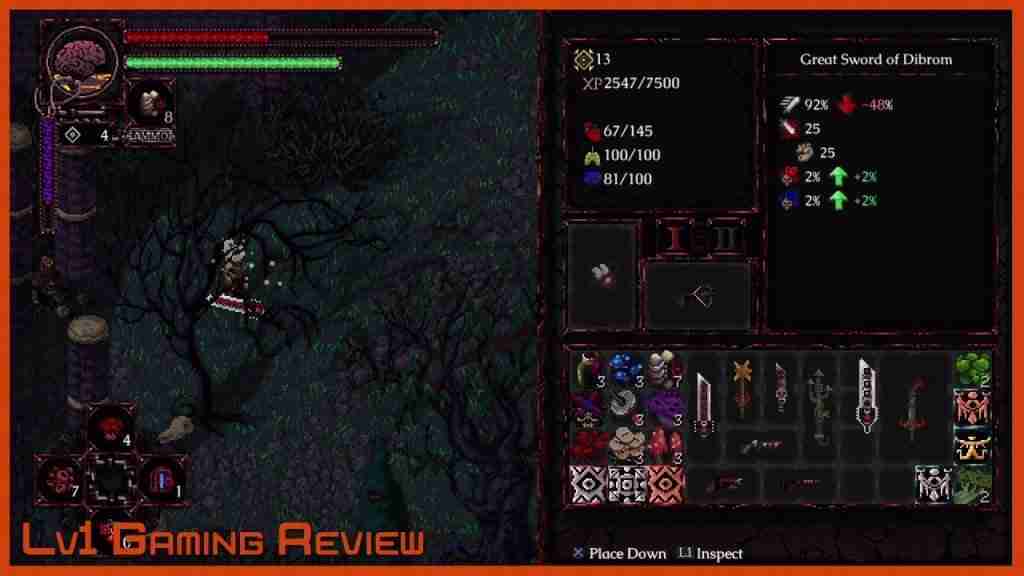 Like many souls-like games, there is no map, limited save points, and fast travel locations. The sanity mechanic is a true gamechanger in Morbid: The Seven Acolytes. When your sanity drops low enough defeated enemies have a chance to spawn a clone spirit. This doubles the number of enemies until you raise your sanity levels back up. Not only does it bring on more enemies, but it also impacts your XP and damage output. Not only do you have to dodge, parry, attack, and worry about health you need to keep track of your mental state. Where this game shines is its blessing system. Blessings are special stat boost that you can equip that tailor the game to your playstyle. I am a button masher at heart so, stamina boost, and lower stamina costing rolling were mandatory to my survival. Another standout game mechanic is the ability to sneak. you’re able to creep past monsters and even inflict increased damage with sneak attacks. 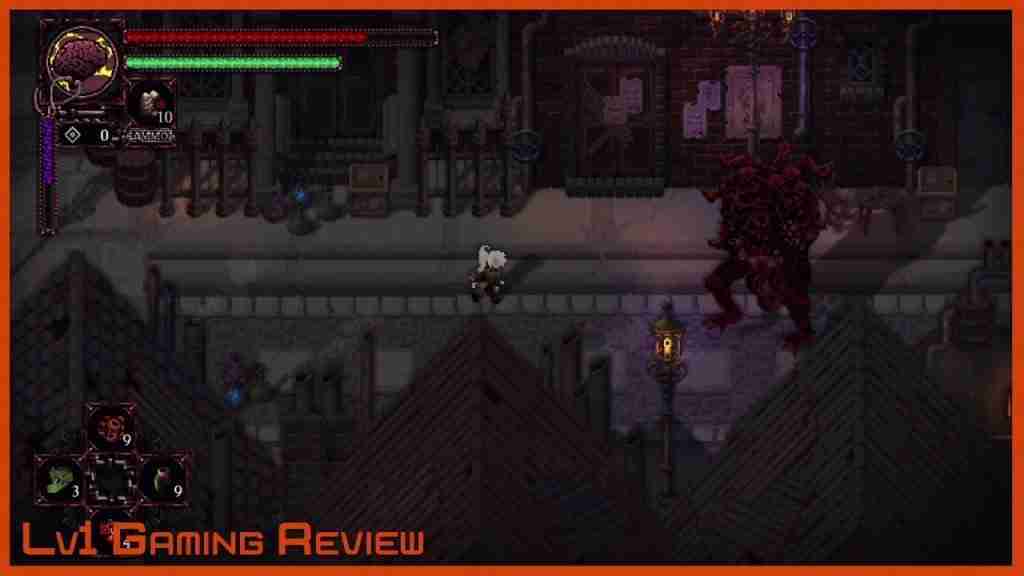