Knight Squad 2 Review: A Party Game with A Medieval Twist 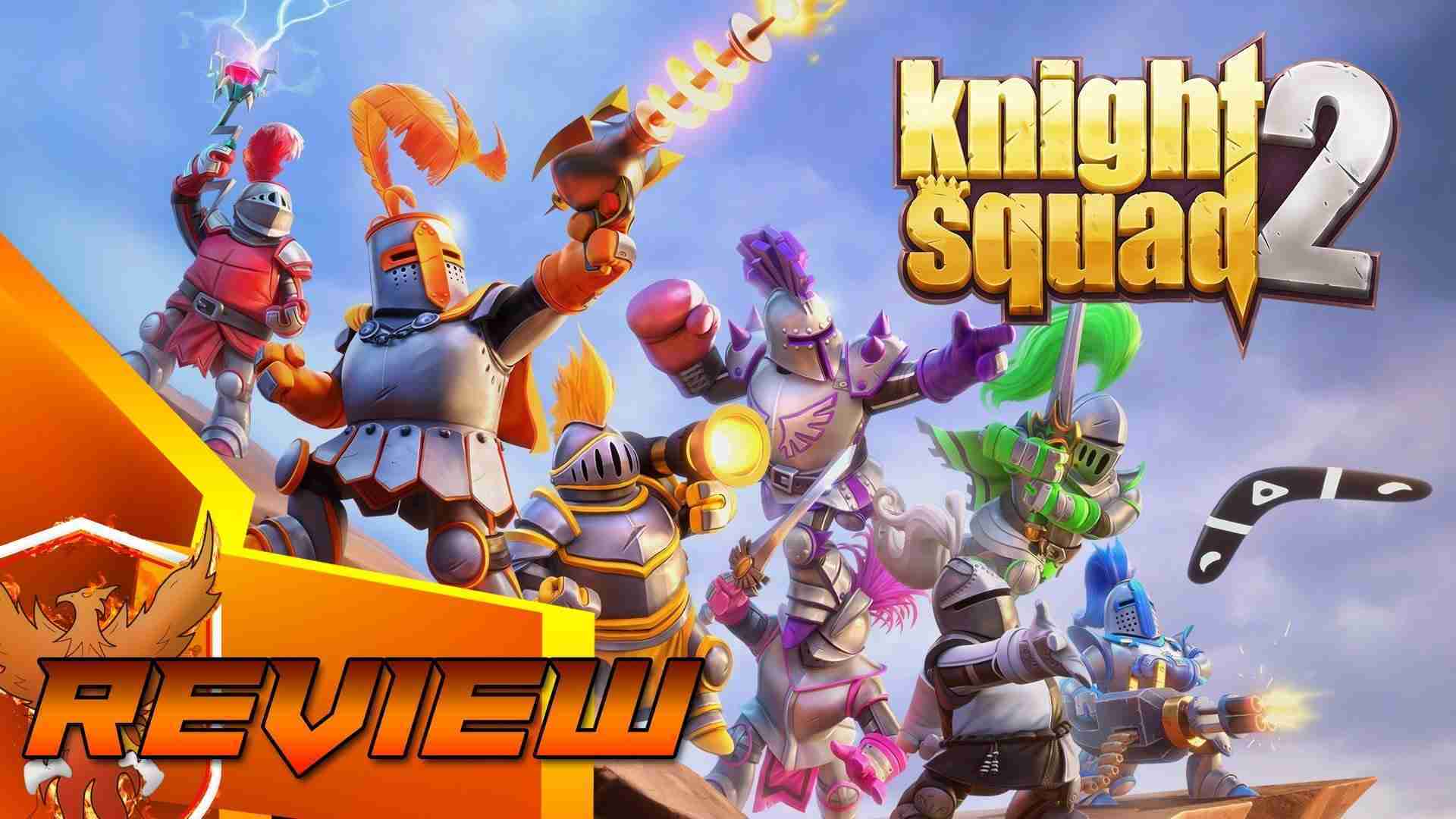 What happens if you took Call of Duty and Super Smash Bros. and mixed them together in a medieval setting with a top-down perspective? Pretty strange, right? In essence, that’s what Knight Squad 2 is. It’s a simple party-style game that is easy to pick up and play. While initially interesting, the game’s simplicity ultimately undermines the experience.

Disclaimer: The publisher provided a download code for the game for the purposes of this review.

Knight Squad 2 doesn’t really have much going for it from a visual standpoint. The game’s visuals are very simplistic, and it looks like the type of game that would run easily even on older smartphones. While basic, the visuals do a mostly good job of presenting the action on screen. The art style is very colorful. Characters and backgrounds have a nice, pleasant “pop” to them. The simple visuals also ensure that the game runs at a consistent frame rate with no drops, which helps with gameplay fluidity.

The character designs of the Knights are fun and whimsical. The varied stages that the player can unlock add to the variety as well. One complaint is that I wish the in-game character models were larger. In a game that can have up to eight players with effects and power-ups flying around, it can sometimes be a little too easy to lose track of where your character is on-screen.

Overall, while the visuals in Knight Squad 2 are nothing special, they get the job done and provide stable performance.

As with the visuals, the aural experience in Knight Squad 2 is not particularly noteworthy. The soundtrack—punctuated by blaring horns and trumpets—suits the game’s medieval theme well, but it certainly isn’t memorable. It does an adequate job filling in the menu music and in-match soundtrack. The sound effects are appropriately punchy, yet generic. Overall, the audio experience is inoffensive and gets the job done, and nothing more.

Knight Squad 2 is a unique game. Basically, it is a melee-focused game played from a top-down perspective across stages of varying layouts. Within each stage are Smash Bros.-esque power-ups like bows and arrows, super swords, drills, boxing gloves, and lightning staffs that can be used to defeat your foes. The game uses a simple two-button control scheme, with the “B” button being mapped to attack and the “A” button deploying your shield. Your foes die in one hit, and if you happen to be defeated you’ll quickly respawn back into the action.

While this is a very simple formula, the advantage here is that developer Chainsawsome was able to apply this among a staggering degree of modes. The modes on tap here are not too dissimilar from what you would find in your typical third-person shooter. Knight Squad 2 contains familiar deathmatch modes, as well as its own take on capture the flag, domination, king of the hill, and soccer, among others. The simplistic gameplay actually translates quite well to the various modes, although soccer can be a bit awkward at times. The various modifiers and degree of customizability keep things fresh.

Another benefit of the game’s simple mechanics is that it is easy to pick up and play. I was able to play a few local games against the CPU with my wife and we had a good time. This accessibility makes Knight Squad 2 a great game for parties, as well as easy to quickly jump into for a few quick matches before jumping out again. This simplicity, however, results in an extremely shallow gameplay experience. With no advanced techniques or nuances, Knight Squad 2 does not have the depth to be engaging for long sessions.

The game does have a multiplayer component that supports cross-platform play, which should surely help with engagement and replay value. However, I was not able to test this component of the game for this review.

The single-player mode in Knight Squad 2 is an afterthought. Focused on tournaments and single matches against the CPU, there is no real story to speak of. Playing solo is clearly geared to be more of a tune-up for online matches. This is a multiplayer-focused game (either online or local) first and foremost. The different Knights have unique designs and personalities. Additionally, Chainsawsome fleshed them out with some amusing backstories in the menu that will generate a chuckle or two.

Knight Squad 2 can be an occasional fun diversion with its extensive modes, modifiers, and whimsical nature. However, it lacks the depth required to engage the player for long sessions. It is an inoffensive, simple game that can provide momentary bursts of fun, especially when enjoyed with others.

Chernobylite – A Game Worthy Of A Crown