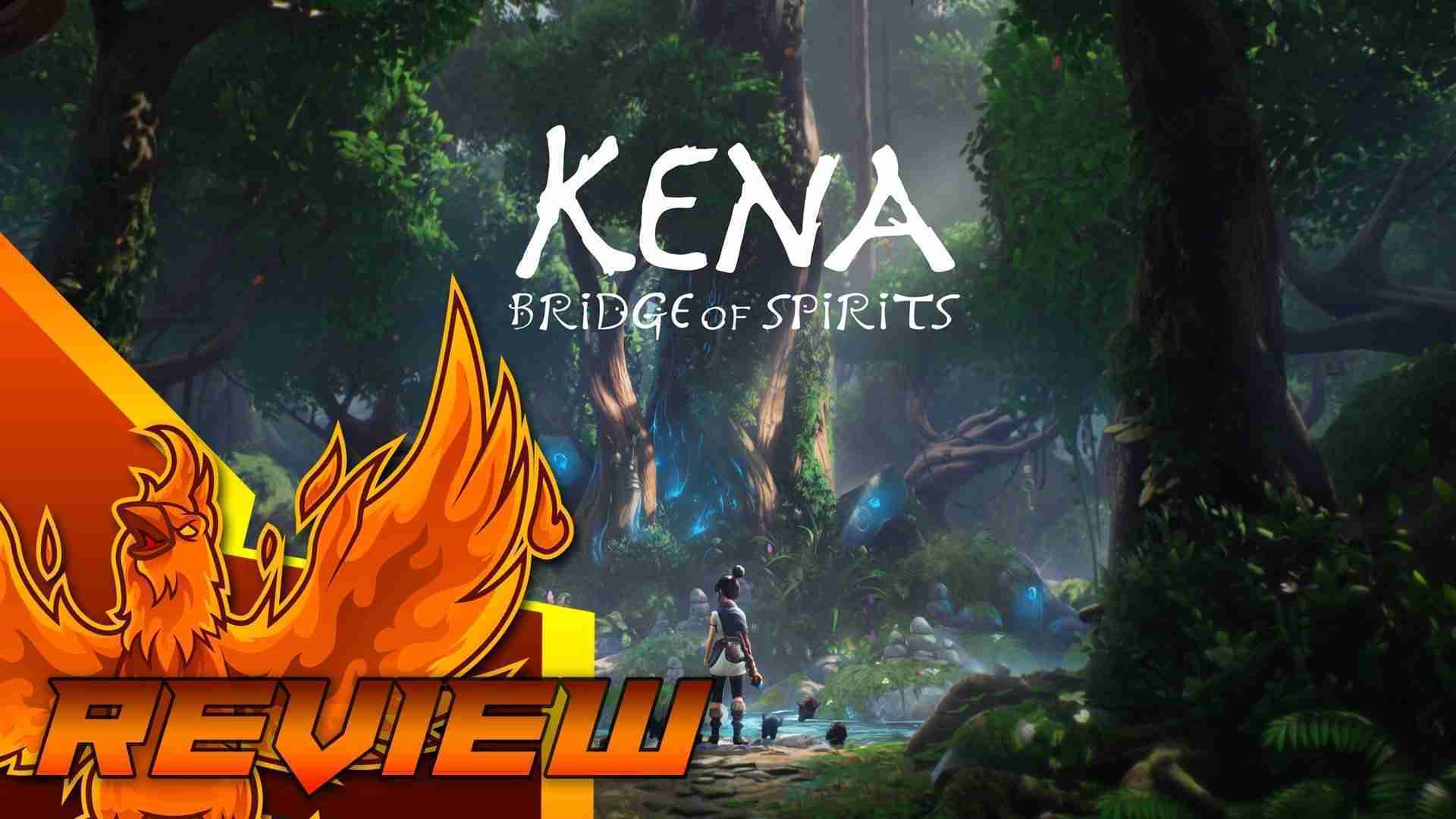 Kena: Bridge of Spirits is a third-person action-adventure game that follows a spirit guide who uses her magical abilities to help those who have passed & are unable to move on to the spirit world. As you traverse through the world you will learn more and more about each spirit you are attempting to save. Each spirit has a unique story behind what is causing them to be unable to move on. This gives each section a sense of depth and purpose that I did not expect from this title.

A bit of a downfall is that although you learn a lot about the spirits, we do not learn a lot about Kena herself. Although she is the main protagonist her story is not truly told. This is something that I hope is dove into if there is a sequel.

Kena’s gameplay is rather satisfying. When you first start the game things are rather simple. There is a light & heavy attack. As you progress Kena’s magical staff does double up as a bow that allows you to do some ranged damage to keep yourself out of trouble. With the bow you can also unlock abilities such as slowing down time while you draw and aim. This became very useful in fights when you need a precise hit to do some extra damange. The true beautify of fighting enemies is using your many companions, the adorable Rot. These creatures are extremely handy, not only with picking up fallen statues and eating but in combat.

Each time you encounter an area your Rot friends go into hiding. It is up to you to fight and defeat enemies. This will encourage them to come out and help you. The Rot can perform a multitude of things in battle including tying the enemies up so that you can dish out some massive damage. As you play you can unlock more Rot abilities including have them start with a bit of courage as soon as you enter battle.

Kena: Bridge of Spirits is a beautifully crafted game. Its cute art style works very well with this title. The world is crafted as such to not look the same the more you play. Enemy variations were excellent changes I didn’t expect going on. Being an indie game I truly did expect to see minor variations of enemies through the game, this was a very welcomed and pleasant surprise that I am glad to be wrong about.

Let’s be honest here…the Rot are absolutely adorable. Although they only differ when you unlock and add new hats, each time you get a new Rot you can not help but admire how cute they really are.

Not Quite Dark Souls, But Yeah…

One thing that I was not prepared for was the random difficult spike. As you start the game things are fairly normal depending on the difficulty. For this review, I played on Normal and I was having a pretty easy time. That was until the Corrupt Taro. This fight forced me to change the gameplay style and mindset I crafted from the beginning of the game. No longer was I expecting victory, I had to work for it. This boss fight is the beginning of the game switching its difficulty on the fly. For some, this will be no problem. However, casuals may find this a bit frustrating as the bosses will only become more difficult as you progress.

Overall Kena: Bridge of Spirits is an excellent title. From its beautifully crafted world, exquisite gameplay, and well written story, this title deserves its consideration of Game of The Year 2021. What are your thoughts on our Kena: Bridge of Spirits Review? Leave some suggestions on what we can do better or change. Are you interested in writing, editing or just being a part of Lv1 Gaming? CONTACT US HERE!

Kena: Bridge of Spirits Delux Edition Was Provided By Emberlabs For purpose of this review.