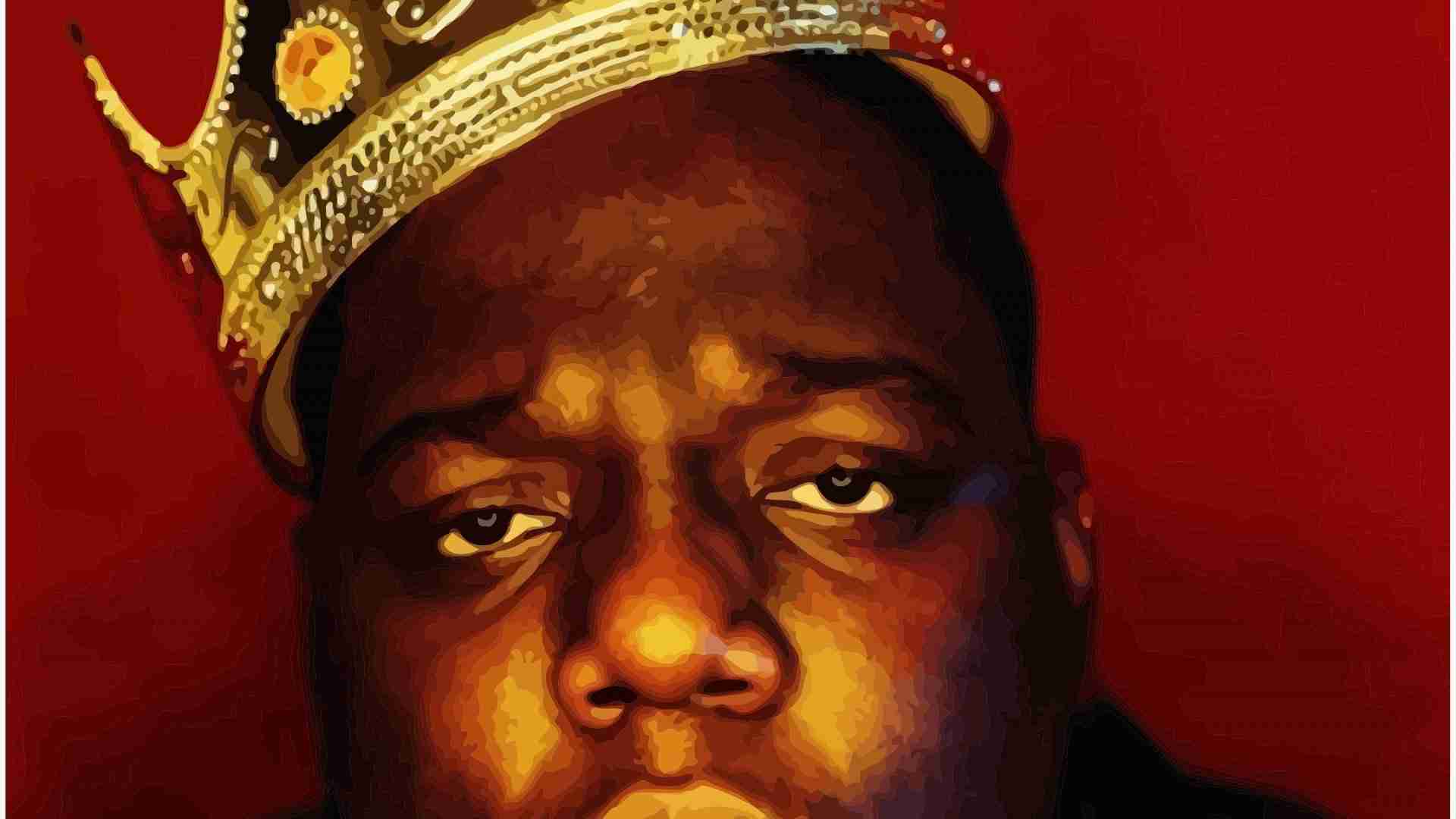 I don’t know if you understand the hype and anticipation of watching an artist come to their rise.  I have had the pleasure to see many in my lifetime, and so many I didn’t and wished I did…Notorious B.I.G. was one that is part of my teenage memories I will cherish forever.

I just wish I was living in New York at the time.

One day, I’m out driving, and I’m in “beats” mode.  I want to hear the bass in my car.  I just watched an episode of “Ridiculousness”, and a clip showed someone breaking the snow capsule on their car purely with the reverberation from the stereo in their car (why did I never think of that??).

I’m going to bring this back around to BTS because they’re just my everything right now.  The mood started with jamming to “Hangsang”, “Tear”, then Cyphers 1 through 4.  I watched TWO different reaction videos for those cyphers (those are very long videos, my friend).  I might as well go to the ER because I was black and blue from all the geniuses I got slapped with.

Now, I’m tired, it’s 11:00 at night, just finally had some dinner, need to rest after all that excitement, right?

Me: “But Netflix, I’m just trying to finish up my “Big Mouth” binge, can I live?”

Netflix: “Because we’re going to smack you in the face with this new Biggie documentary.”

“Biggie: I Got a Story To Tell” is yet another documentary about the personal and public life of one of the greatest rappers to ever grace the stage.  This one includes footage shot by one of his closest childhood friends, along with the familiar cast of characters that told Biggie’s story after he passed.  There is “Ma Dukes” Voletta Wallace, Diddy, Cease, Faith, along with members of his crew, and the DJ’s and Source writers that brought him to the spotlight.

I love you VH1, so so much for your BTM days, they were my everything.  This has you beat.  Sorry, not sorry.

Unfortunately, we have to start the movie with the infamous funeral parade through Brooklyn, with all the fans cheering his name, waving his picture, bumping his music.  And then we listen to his friend and mother talk about the moment he had to tell her her world had fallen apart. Not a fan of that part (sigh).

We go back to the beginning, with Ms. Wallace reliving her fantasies in Jamaica of becoming a woman of luxury, then migrating to America as a young girl.  She works, she slave, and she studies.  She makes time to take her young boy, Christopher, to vacation in Jamaica every year. His 96-YEAR-OLD beautiful grandmother tears up at the thought of him running to her when they landed in town (heart suffocating).

What I didn’t know was, his first real exposure to music was his Uncle Dave who was a singer there. Big would accompany him to his shows. I’m guessing that’s when the sparks flew.  It is told that he even said when he would become famous, his uncle would be part of the crew.

Fast forward to this innocent beauty in his Catholic school uniform, building his friend base. Shaping and molding a young man into what would become one of the best storytellers and lyricists the world has ever heard.  The comic relief is hearing his mother say she was into country music, never listened to rap, and he had to scold her to not listen to his music. Her dainty ears would not take it so well.  She kept her promise until after he died.  She listened to his albums once, and never again.

Christopher’s life is normal, but not.  With the rise of the crack epidemic, he and his friends are torn between discovering their artistry, and the harsh reality of living poor and watching others fall to their doom in addiction and violence.  Young Christopher has a desire to draw and become a commercial visual artist.  He and his friends are listening to the giants of the new hip-hop movement, learning to rap, and driving his mother crazy-making beats in his room.  And here’s the kicker—even he didn’t believe it was going to be anything.  An interview clip is him literally stating, “it was all a dream, I used to read Word Up magazine”.  I am a firm believer that when you do not hold on to what you want so much, it can be free to fly, develop, and come back to you.  And it sure did for him.

He became friends with a local jazz musician who was training him to take his place amongst those artists: picture Biggie, as a drum player, in a jazz band. Yeah, I couldn’t either.

But when he states that Biggie’s cadence grew from watching them, I developed whole new respect.  He was hitting syllables with the same rhythm as the stick hitting the rim.  He basically became a walking jazz drum.  And to add to that, his Jamaican heritage of performing with bravado and boast, which produced that unmatched confidence you could taste. And to add to THAT, Diddy tells how he did not listen to hip-hop outside of the stage, he was an R&B guy.  Hence, all the melodic tracks to his music (insert mind-blown emoji here). He couldn’t even sleep without country music playing in the background.

This is what separates the men from the boys, ladies, and gentlemen.  Rap is an art, don’t care what you think otherwise.  Go and try it and recreate what you hear from the greats of the game.  You can’t.  Rappers are musicians too. They create based on their skill, as well as an eclectic intake of music from around the world.  At some point, to grow, we all have to step out of what we know and be willing to learn from what we don’t.  I never knew this information about him, I’m not a deep hip-hop historian, but the light bulb certainly came on.

Without getting into the day-to-day details of how he became a drug dealer, he becomes a pretty damn big drug dealer.  He had put aside his dream of rapping and wanted to make money instead.  Basically, he was not the mf-er to mess with and he worked for the biggest mf-er in the city.  He was next in line. One of the most tragic, and comical, stories I ever heard was when he comes home one day to find his mother threw out all the crack he had drying out in his bedroom to sell.  She thought they were old mashed potatoes, scraped them into the trash (you can’t write that stuff).  She loved her son, she could not believe that he was doing this kind of work and that he brought it to her house.  She said she was still mad about that after he died.

We get to see the famous ‘91 street tape from Fulton of him basically chewing this rapper down to mush, in a battle, and just let it kind of swirl around in there like a cow. Oh, and he did his first professional demo in under an hour, over half a dozen songs, completely freestyled, in a basement.  Even the DJ didn’t know what he had planned.  He just moved around the records as Biggie told him to, to make the hooks for each track, and all were done in one take.  I’m going to guess, nothing was written on paper.

It makes me chuckle that I cannot even describe Mister Cee’s face, (the DJ who brought Biggie’s demo to The Source for the “Unsigned Hype” column) when he discovers on camera, for the first time in 30 years, that the whole demo was one take. I had to pause the movie to catch MY breath, then did a rewind of that realization about five times.

Those are the moments that create goosebumps and leave you speechless.

I love those moments, I live for them.

I want you to watch the documentary for yourself, simply because you are a fan and want to see what made this great what he was.  Again, only real complaint, it’s too short, both the documentary and his life.

What I appreciated most is that this documentary was finally about his life, not so much about the scandal, unsolved murder, theories, beef, it was about his LIFE.  We are too caught up in what is and do not celebrate the good of what was.

And there is actually more Biggie in the Biggie documentary.  Most films can only show footage from interviews and live shows, but this one has Biggie in practically every second.  Behind the scenes with his family, Junior M.A.F.I.A., and the industry people that supported him.  We hear from voices that made this train run, which would not normally be “important” enough to put into a mass market, staged film.

It is a reminder to keep the memory of a life when it was lived.  We get too far down into the life lost, and it dishonors the legacy that is still serving the hip-hop world today.

With all that being said, it still hurts.