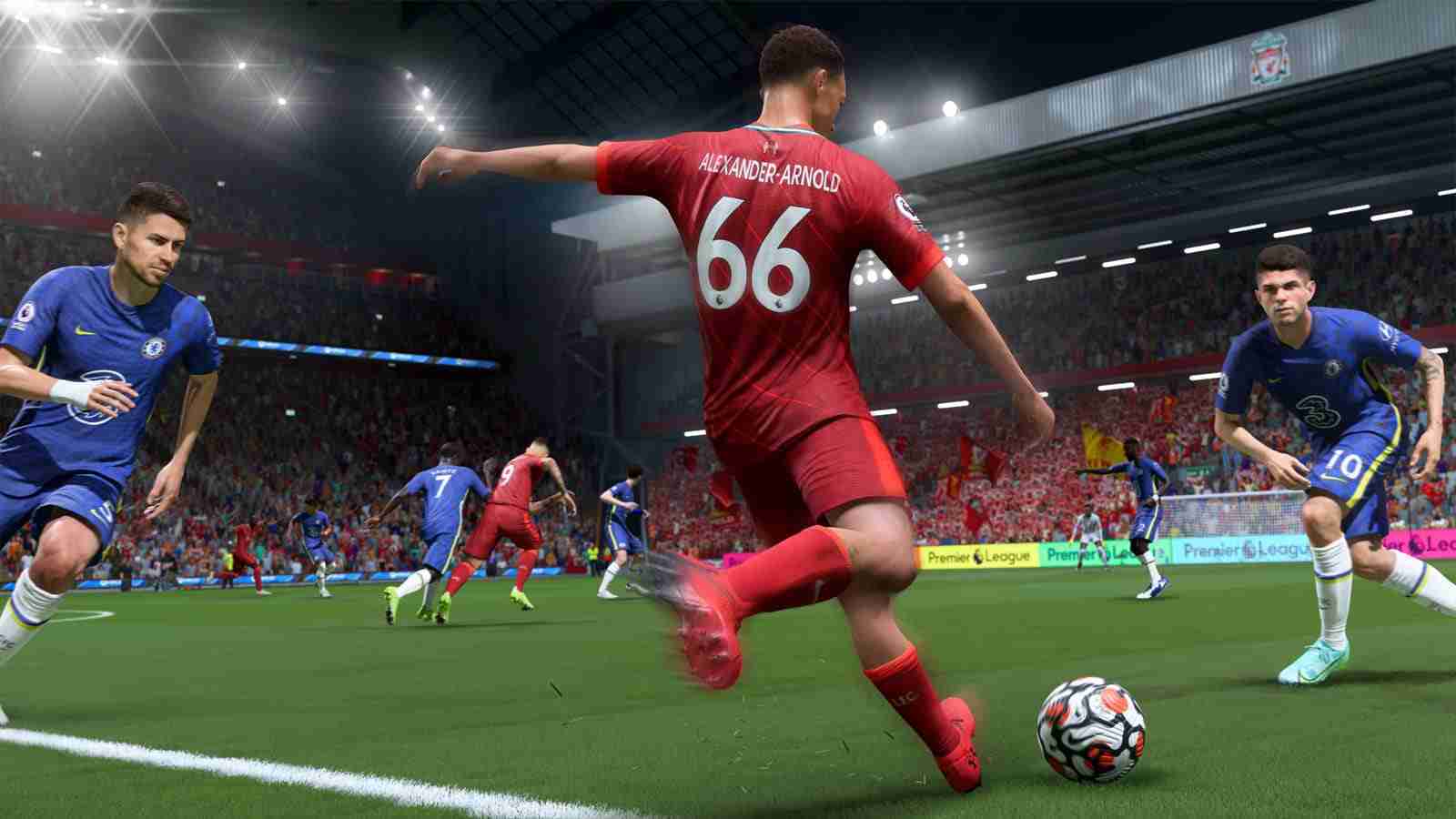 If one recent rumor is to be believed, the FIFA series is set for a big shake-up. If you have preordered FIFA 22 though, you’re OK as this news regards next year’s installment, which would be FIFA 23. And news like this is pretty rare.

Why is it rare?

For one we’ve only just had the gameplay breakdown and changes at EA Play Live and FIFA 22 hasn’t even been released. In fact, it’s roughly 2 months away. So the question is why is FIFA 23 making big news. And the story was Tweeted well before EA Play Live.

Well, FIFA’s main rival was Pro Evolution Soccer, and as we know this year it gets a rebrand. And that rebrand to eFootball is bringing a free-to-play release. But they are selling the modes separately as DLC it seems. And starting with FIFA 23, EA is following the same free-to-play model according to the news. But as we know it won’t affect FIFA 22, this will still launch at a normal retail price. As for a release, it’s over a year away but FIFA traditionally launches end of September/early October. So this would be September/October 2022.

Where has this news come from?

This story broke on Twitter by the user Donk. They are a FIFA insider who posts news on their feed that concerns the FIFA franchise. And this isn’t the only claim for FIFA 23 he posted.

What else can we expect?

Donk also revealed a free-to-play model isn’t the only change but we also get cross-play. What it means is regardless of platform gamers can compete with one another. The expected platforms would be the following

Why is FIFA going free to play?

The series is a huge seller for EA so you would think this would be a backwards step at a first glance. It’s been a huge seller since its origin launched and that was back in 1993 for the Sega Megadrive /Genesis originally before being ported to other systems the following year. That year in the UK alone FIFA international soccer was the biggest release of the year. It helped Sega well consoles that year as well.

If we fast forward nearly 3 decades and look at FIFA 21, this was the first FIFA experience on current-gen hardware with FIFA 22 pushing it harder with Hypermotion. The current release is available on EA Play and on Xbox thus is included with Gamepass ultimate. So with that gamers don’t have to buy the current release and put money towards the game.

Is a free to play model a good route?

Where Konami and EA differ with their titles is where money can be made after the game has been purchased. EA has FIFA Ultimate Team which makes a considerable amount of money and regards to microtransactions is a controversial topic. Players can spend 100s on whatever currency you use and at times it’s been thousands. For example in FIFA 20 to purchase Dutch legend Ruud Gullit cost £1,106 which is just over $1500. To buy a good team, you can be expected to shell out on those FIFA coins if the icon values are to go by.

Konami has myClub but it’s never been as big as the Ultimate Team mode in FIFA. So just relying on players buying FIFA Points won’t hurt EA. And if they have a free-to-play game, players may be more tempted to try it, play, and spend money. FIFA would also be better suited to competing as an eSport.

Amazon Digital Xbox Game Sale Going On Now: Save Up To 83% Off